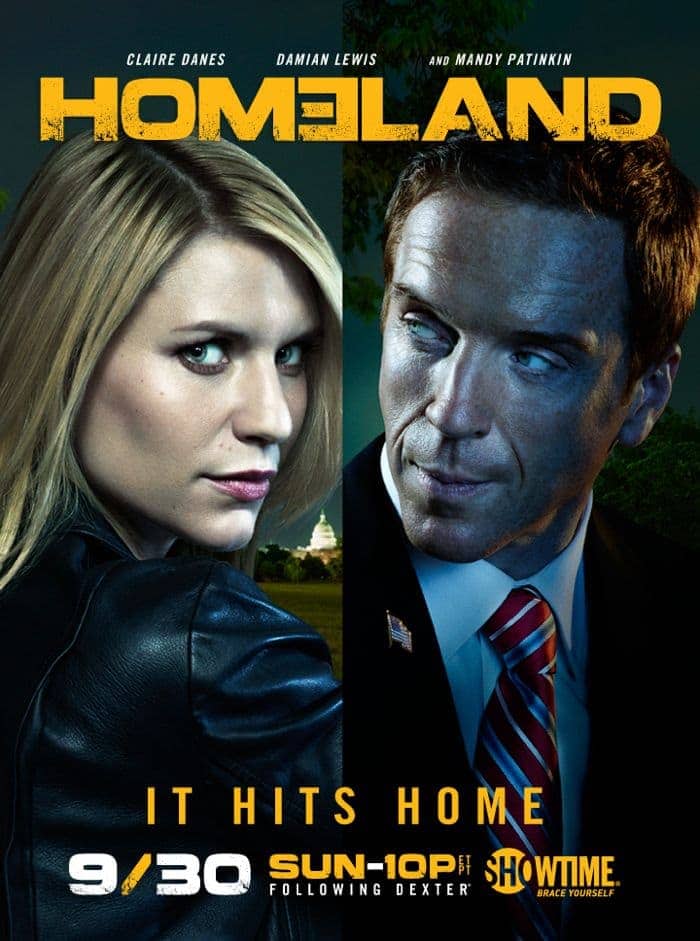 Following this past Sunday’s historic Emmy®  wins for Outstanding Drama Series, Outstanding Lead Actress in a Drama Series for Claire Danes, Outstanding Lead Actor in a Drama Series for Damian Lewis, along with Emmys for Casting, Single-Camera Picture Editing and Writing, SHOWTIME invites viewers to catch up on its hit drama series HOMELAND. The network will air a marathon of the entire first season on Saturday, September 29th, beginning at 12 PM ET/PT to 12:30 AM ET/PT.  Season two of HOMELAND premieres Sunday, September 30th at 10 PM ET/PT

SHOWTIME made history this year at the Primetime Emmy Awards, with HOMELAND receiving the network’s first-ever series win.  HOMELAND was tied for the most wins of any program this year with six Emmys, and was the first show in almost 20 years to win Emmy Awards for Outstanding Drama Series, Lead Actor and Lead Actress in the same year.