Seat42F and RLJE Films have teamed up to give three lucky winners an awesome prize pack. Three lucky winners will receive a prize pack featuring TRICK on Blu-ray, SATANIC PANIC on DVD, A SCORE TO SETTLE on DVD and ADOPT A HIGHWAY on Blu-ray. For a chance to win send an email to contest@seat42f.com and tell us your favorite holiday movie. Only one entry per person. Contest ends December 23rd. Winners will be notified on December 24th via email. 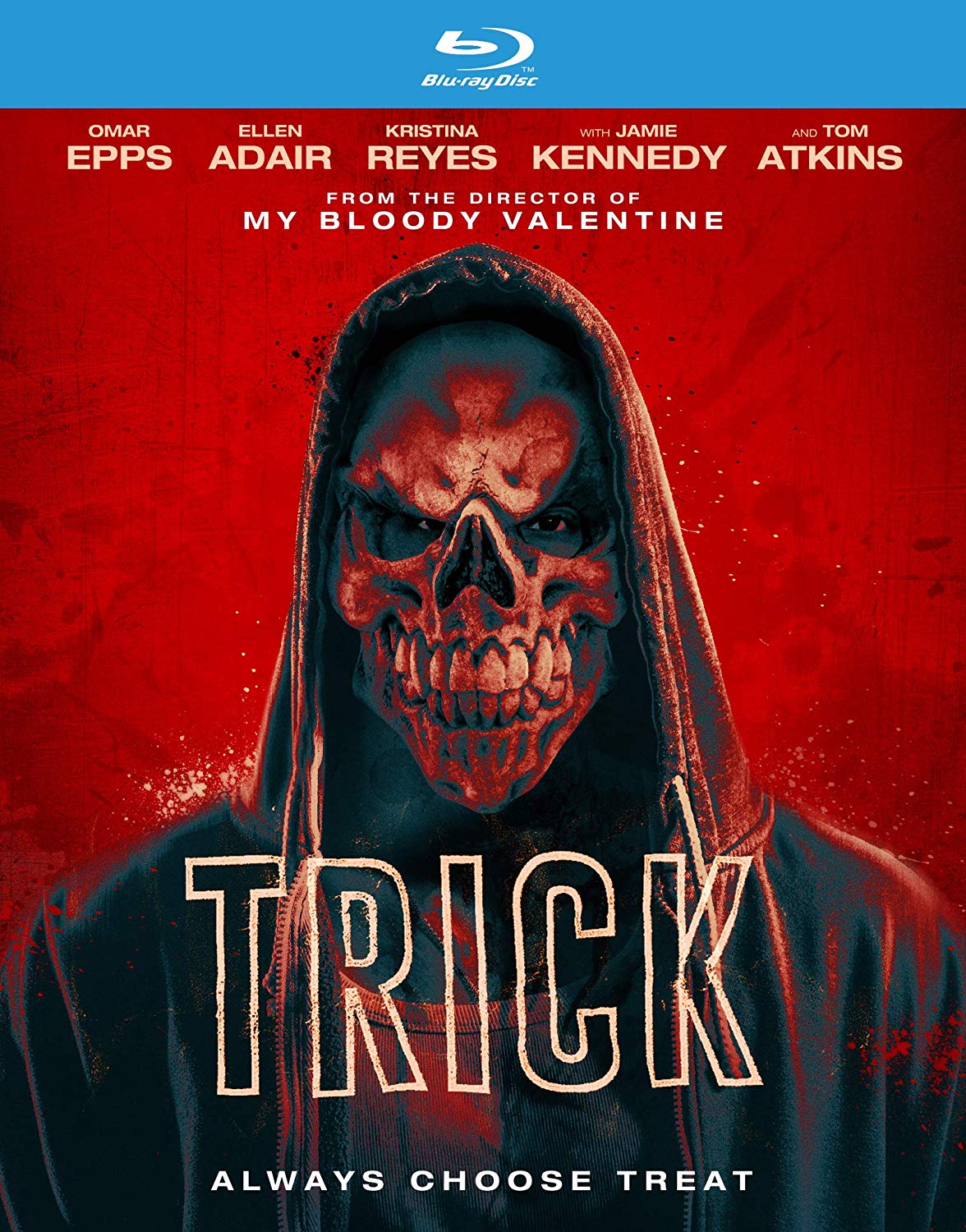 RLJE Films, a business unit of AMC Networks, will release TRICK on December 17, 2019 on DVD and Blu-ray.  TRICK features Omar Epps (“House”), Ellen Adair (“Homeland”), Kristina Reyes (“Blindspot”), Jamie Kennedy(Scream franchise), and Tom Atkins (Escape From New York).  Directed by Patrick Lussier (My Bloody Valentine, Drive Angry), he co-wrote the film with Todd Farmer (My Bloody Valentine, Jason X). RLJE Films will release TRICKon DVD for an SRP of $27.97 and on Blu-ray for an SRP of $28.97.

On Halloween night in 2015, Patrick “Trick” Weaver massacred his classmates at a costume party. After being arrested, he managed to escape police custody, but not before being shot five times by Detective Mike Denver (Epps). Everyone believes Trick must be dead, but when a masked killer reappears the following Halloween, and every Halloween after that, they realize the nightmare is not over. With Trick wreaking havoc and killing innocent people in increasingly terrifying ways, Denver will stop at nothing to finish what he started and bring the carnage to an end. 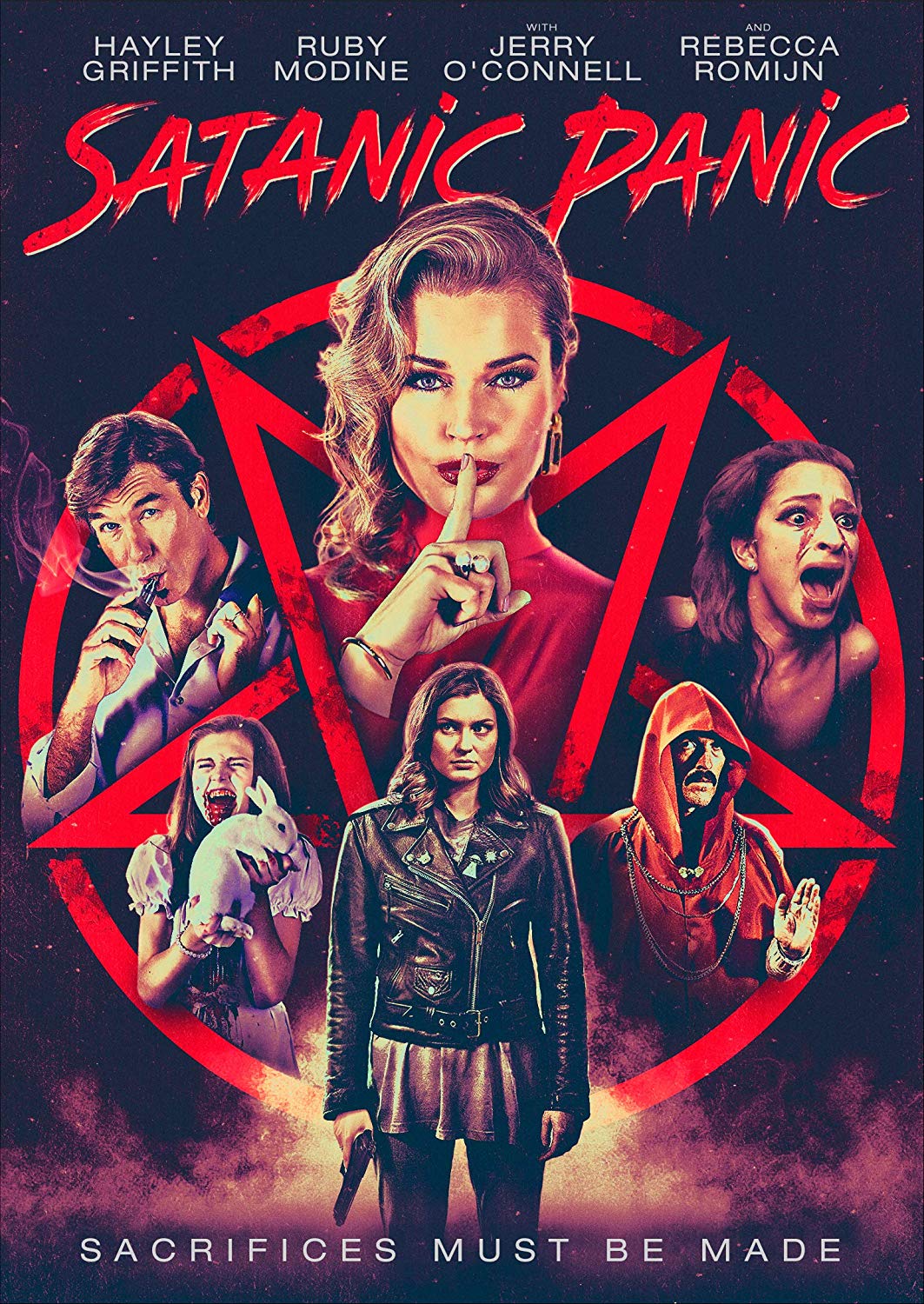 RLJE Films, a business unit of AMC Networks, will release SATANIC PANIC on October 22, 2019 on DVD and on Blu-ray.  Written by popular horror author, Grady Hendrix (“We Sold Our Souls,” “My Best Friend’s Exorcism”), and directed by up-and-coming director Chelsea Stardust (Into The Dark’s All That We Destroy), the horror/comedy film stars Hayley Griffith (“The Loudest Voice”, “The Mysteries of Laura”), Ruby Modine (“Shameless”, Happy Death Day franchise), Rebecca Romijn (X-Men franchise, “Star Trek: Discovery”), Arden Myrin (“Insatiable”, “Shameless”) and Jerry O’Connell (Stand By Me, “Billions”). RLJE Films will release SATANIC PANIC on DVD for an SRP of $27.97 and on Blu-ray for an SRP of $28.97.

In SATANIC PANIC,  Sam’s (Griffith) first day as a pizza delivery driver is not going according to plan. At the end of a long day and not enough tips, her last delivery turns out to be for a group of Satanists looking for someone to sacrifice. Now in a fight for her life, Sam must fend off witches, evil spells and demonic creatures, all while trying to keep her body – and soul – intact. Starring Hayley Griffith (“The Loudest Voice”), Ruby Modine (Happy Death Dayfranchise), Jerry O’Connell (“Billions”) and Rebecca Romijn (X-Men franchise). 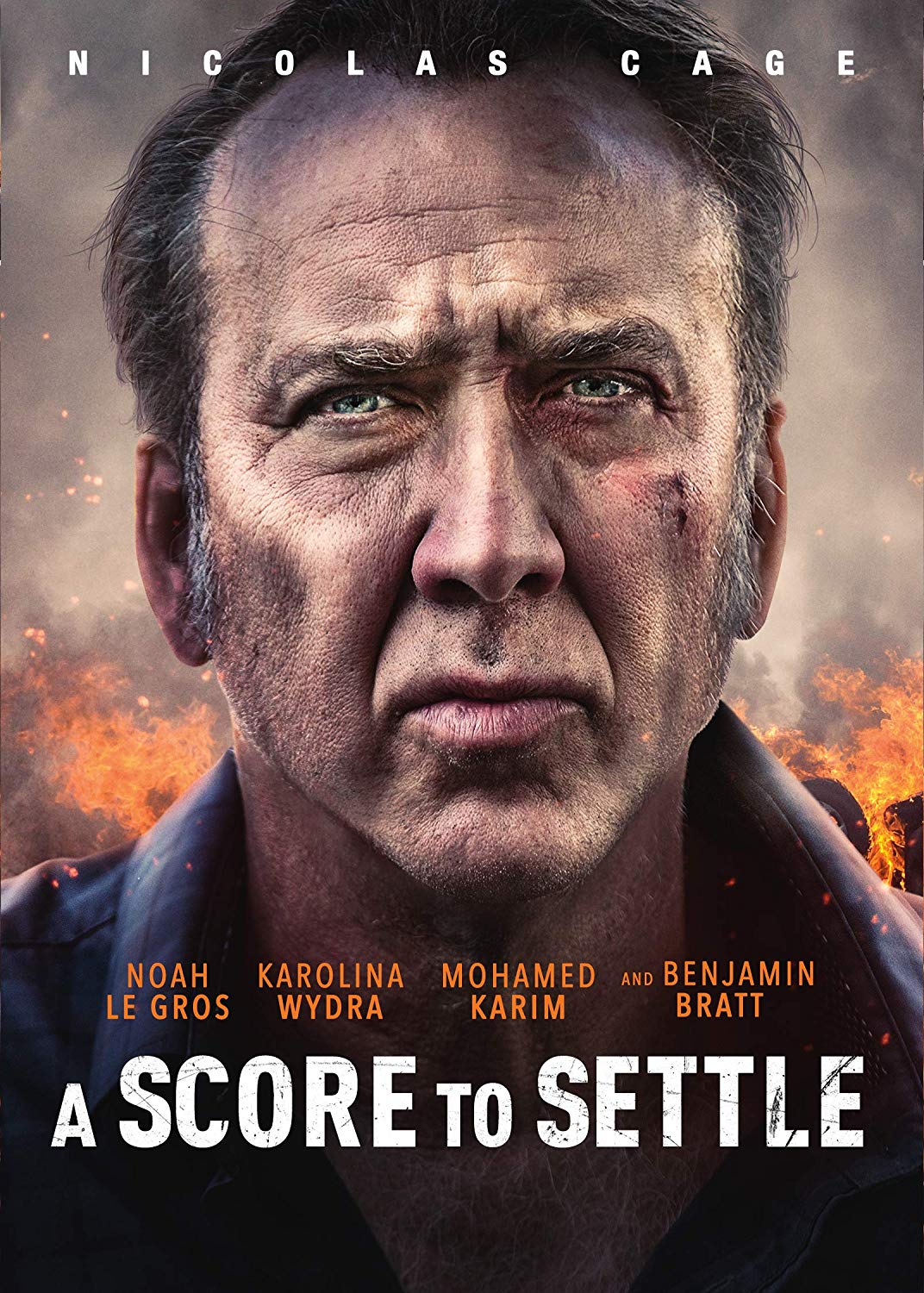 A SCORE TO SETTLE

RLJE Films (NASDAQ: RLJE) will release A SCORE TO SETTLE on September 24, 2019 on DVD and on Blu-ray.  Written by John Newman (Proud Mary) and directed by Shawn Ku (Beautiful Boy), the action film stars Academy Award winner Nicolas Cage (Mandy, Leaving Las Vegas), Noah Le Gros (Depraved), Karolina Wydra (“Agents of Shield”), Mohamed Karim (A Facebook Romance) and Benjamin Bratt (Miss Congeniality). RLJE Films will release A SCORE TO SETTLE on DVD for an SRP of $29.96 and on Blu-ray for an SRP of $29.97.

Diagnosed with a fatal condition, Frankie Carver (Nicolas Cage) is released from prison after serving 19 years of hard time. With only a short time left to live, Frankie must desperately try to make amends with the son he left behind while he plots a bloody course of revenge – tracking down his old gang to make them pay one by one. 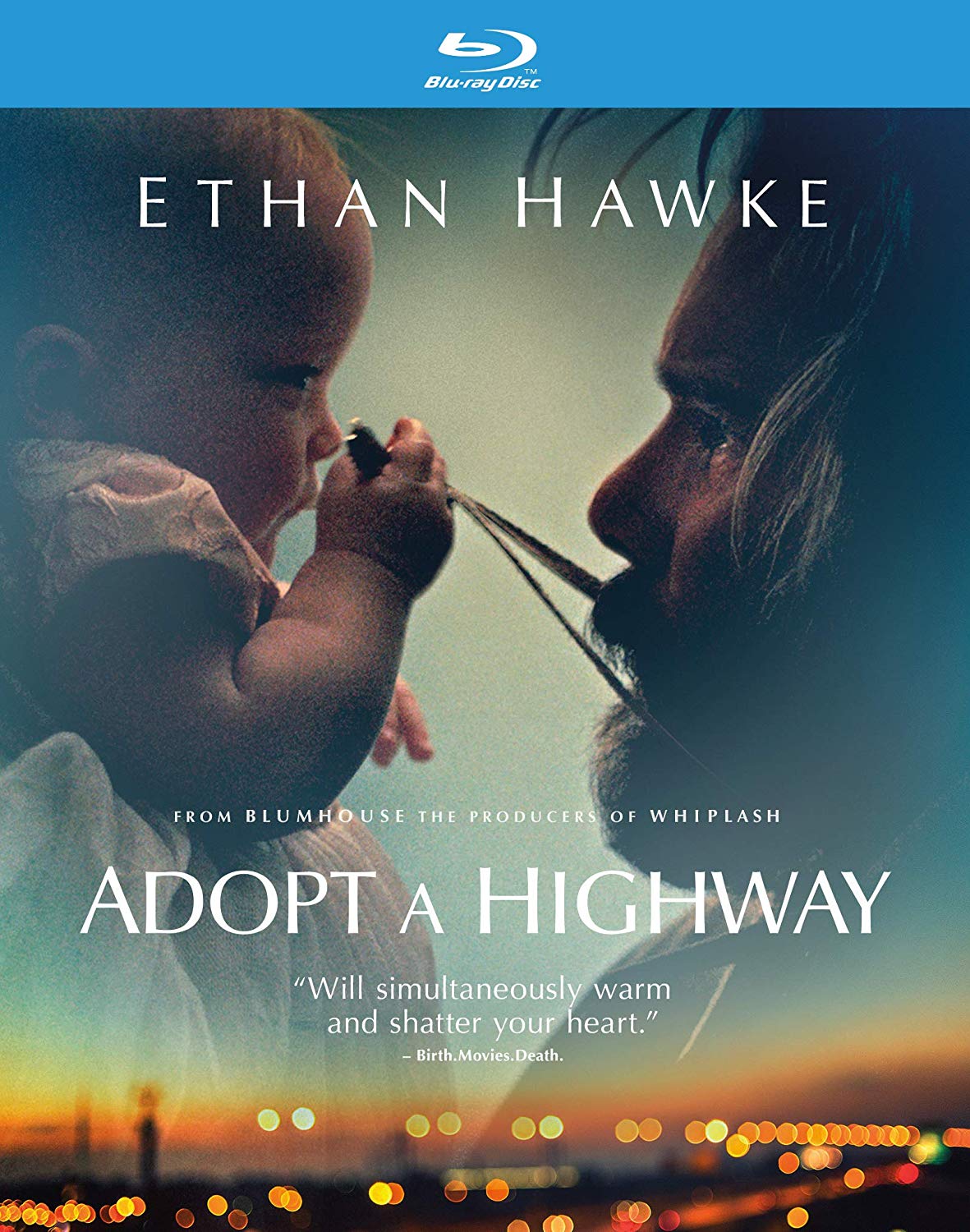 RLJE Films, a business unit of AMC Networks, will release ADOPT A HIGHWAY on December 24, 2019 on DVD and Blu-ray. ADOPT A HIGHWAY stars Academy Award nominee Ethan Hawke (Boyhood), Elaine Hendrix (“Sex & Drugs & Rock & Roll”), Diane Gaeta (Other People’s Children), Mo McRae (“Pitch”), Chris Sullivan (“This Is Us”), and Betty Gabriel (Get Out).  The film is written and directed by Logan Marshall-Green in his feature filmmaking debut which had its World Premiere at the 2019 SXSW Film Festival. RLJE Films will release ADOPT A HIGHWAY on DVD for an SRP of $29.96 and on Blu-ray for an SRP of $29.97.

In ADOPT A HIGHWAY, Russ Millings has just been released from prison after serving 21 years for a 3rd strike conviction for possessing an ounce of marijuana. As he tries to adapt to a world he doesn’t recognize – including trying to learn how to use the internet – he finds an abandoned baby in a dumpster behind the fast food restaurant where he works as a dishwasher. Unsure of what to do, and caught between impulses of kindness and panic, Russ soon realizes this could be his chance at redemption.