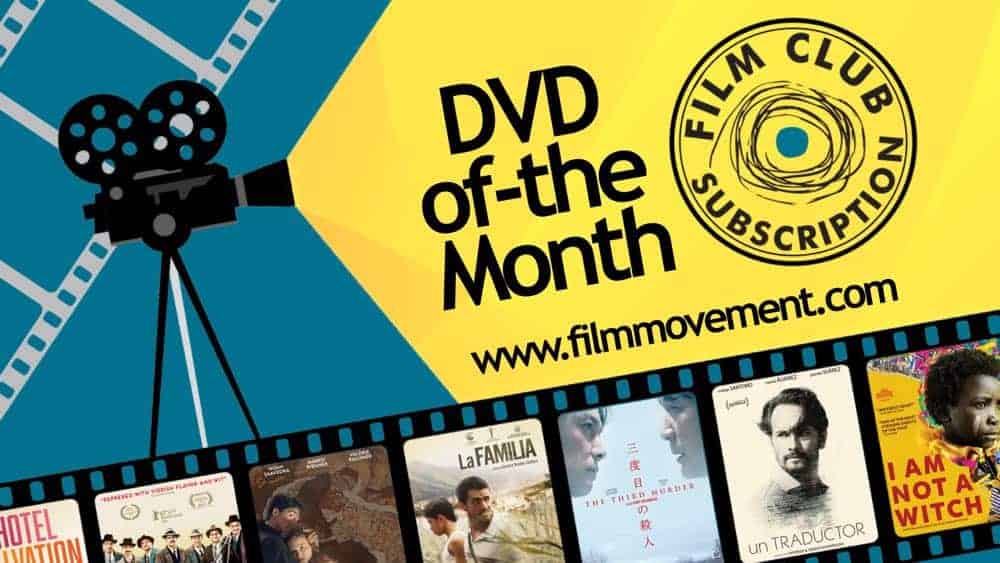 Seat42F and Film Movement have teamed up to give three lucky winners a FILM CLUB annual subscription. For a chance to win send an email to contest@seat42f.com and tell us your favorite independent or international film. Only one entry per person. Contest ends December 20th. Winners will be notified on December 21st via email.  Please include Film Club Subscription in the subject line.

Curated for movie lovers by movie lovers, FILM CLUB has, since 2002, been delivering some of the world’s best indie and foreign films to its loyal subscribers. Each month, cinema aficionados receive a DVD featuring an acclaimed festival feature (along with a specially selected short film) well before it’s available to the general public.  Recent Film Club titles include Maysaloun Hamoud’s highly acclaimed debut feature, IN BETWEEN, Hirokazu Koe-eda’s courtroom thriller, THE THIRD MURDER and LA FAMILIA, a taut coming-of-age story and Venezuela’s Oscar submission for “Best Foreign Language Film”. Upcoming titles include Rungano Nyoni’s BAFTA Award winner, I AM NOT A WITCH, the U.K.’s Oscar submission and James Crump’s lovingly-crafted documentary ANTONIO LOPEZ 1970: SEX FASHION & DISCO.  This holiday season, whether giving a gift subscription (or subscribing yourself), Film Movement is offering a Film Club subscription specially priced for the holiday season at $99.95, typically priced at $134.95. Subscribers also receive members-only discounts on most of the catalog and exclusive offers! What could possibly be a better gift for the inveterate movie watcher than Film Movement’s FILM CLUB – now with a special holiday discount using the code HOLIDAY18. https://www.filmmovement.com/film-club

How To Save Online Videos On A PC