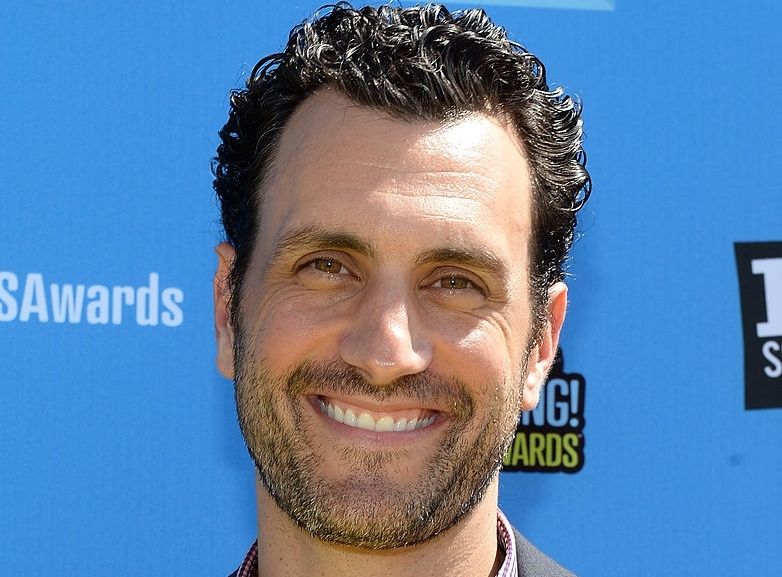 Having returned with even more outrageous stories and even better dance sequences by the Devil Girls, VH1’s drama series HIT THE FLOOR continues to spice up Monday TV nights.  With the Season 2 finale reveal that German (Jonathan McDaniel) was the one who killed Olivia (Charlotte Ross), the stakes feel even higher in Season 3.  Not only is Asha (Taylour Paige) reunited with German, but she is about to move to Boston with him.  Then, as if that were not to worry fans, the very fate of the Devil’s themselves feels up in the air with Derek (McKinley Freeman) still unsigned on his next contract and a forced-sale looming over the team as Lionel (Jodi Lyn O’Keefe) struggles to retain her control of the team and Jelena (Logan Browning) and Terence (Robert Christopher Riley) scheming to snatch hit right out from under her.

In an exclusive interview, creator and executive producer James LaRosa talked about the many schemes afoot, whether Oscar’s reach extends beyond prison and all the twists and turns still to come in Season 3 of HIT THE FLOOR.

It seems like Season 3 has really out-done itself with the shocks and surprises this season.
JAMES:  [Laughs] I am very pleased and thrilled to hear that.  We have worked really hard on this season and we find a very nice groove. Believe it or not, it actually does get crazier.  This is really the set up. Everything just gets much bigger.  On this show, you never know what could happen.

So what exactly is going on with the Devil team buy-out and forced-sale?
JAMES:  This season is really about power and it is about people who are going for it  — who are in a position to, sort of for a change, be close to getting what they want and so they are making a big run for it.  It is also about people who have that power and will do anything to hold onto it.  So you are really seeing a lot of ambition in Season 3 — all kinds of ambition.  Certainly, there is Jelena and Terence angling for the team and seemingly making steps in that direction. But Oscar (Don Stark) is in jail and that is his baby, and Lionel is in the chair and she certainly seems to be enjoying sitting there.  So it is going to get a lot messier before it gets any cleaner.

Billy Baldwin’s character is on the playing field, so to speak.  What’s coming up with him?
JAMES:  As seen in last week’s episode, Terence goes to Billy’s character Jackson and attempts to enlist him and it is only after Jelena gets what she needs to get from her mom that Jackson signs on.  Now, whether they will be successful or not, is another question.  Certainly Jackson, Jelena and Terence will be having at least one more scene together.

I was hoping we might see something with Jackson and Lionel going on.  Is that a possibility?
JAMES:  We certainly have a little eyeing between them in a teaser that we made.  So it’s certainly possible.  They are both impossibly beautiful and they seem to have a similar dry approach in their humor.  So that would definitely be something interesting to see.  Whether it happens or not in any major way, I can’t say.  But it certainly would be hot.

After last week’s episode, we see that Sloane (Kimberly Elise) is in jeopardy.  What is Oscar hoping to achieve by kidnapping Sloane?  I don’t see how that helps him now that his is already in jail.
JAMES:  There could be benefits for sure if Sloane is the main witness in his trial.  Also, Oscar just doesn’t take people doing him wrong very kindly.  So even if nothing happened at the end of the day, if hurting Sloane was all he was able to do, I think he would be thrilled.

I am anticipating that this will give Pete (Dean Cain) the opportunity to be a hero, but that may not be in the cards.  It is hard to say yet.
JAMES:  Pete is indirectly responsible for Lionel being in the arena and a big problem for so many people.  So I think he doesn’t feel too great about that, and he also is completely and totally in love with Sloane.  We have seen what a trigger she can be for him last season when Pete punched Jude (Brent Antonello) when Jude was trying to incite him.  So I think:  what Pete would do for Sloane? What wouldn’t Pete do for Sloane?  So that’s definitely one to watch.

Are we going to get a chance to see a wedding this season?
JAMES:  A chance to see a wedding?  Well, we had two in the Season 2 finale.  Isn’t that enough?!  HIT THE FLOOR is a juicy soap with lots of characters.  I would say that we do have an engagement on the table, so it wouldn’t be the craziest thing in the world.

So poor German.  The guy has committed murder, he thought he had the girl of his dreams, and now he is thinking he should get out of town.  Does he actually have much more life on this planet ahead of him?
JAMES:  Well, Jonathan is a series regular.  HIT THE FLOOR is the only show where you can kill somebody and it’s sort of like, “You can stay.  Everything is fine.  No worries.”  I loved the idea of having (a) a series regular be the person who did the deed, and (b) I love the idea of nobody else knowing except that character.  Him sort of living among us and nobody knowing.  So for German, on one hand you could say “poor guy,” but on the other hand, he is doing some really bizarro things, like being at Olivia’s grave and having these super, scary nightmares.  With him, you really don’t know what is going on in his head.  You can say “poor German,” but there is also part of him that is unhinged and unhinging even more.  So he’s the wild-card this season.

Another interesting twist was having Raquel (Valery Ortiz) rejoin the Devil Girls and having a heart-condition at the same time.
JAMES:  I would not be able to say too much, except to say that is the part of the fun of putting her back in the mix.  Then seeing what could happen potentially when a road-block comes up. That is not to say: is it a road-block or a speed-bump?  I could not say.  But I will say that I love Raquel this season.  We have taken it up a notch with Raquel.  She is in the dance numbers and she’s killing it.  I would also keep my eye on her.  Valery Ortiz is pretty phenomenal.

What about Raquel and Kyle’s (Kat Bailess) marriage this season?  Is that something the show will continue to have fun with or will that come to a screeching halt?
JAMES:  That’s really what I mean when I say I’m really loving Raquel this season because to hook herm who is normally such a drama-mama, up with Kyle — there is so much comedy with Kyle — it’s great to see what that brings out in Raquel.  We talk about what her storyline is this season and for her, she is going to be introduced to a whole bunch of things she never has been before and to see what that does for Raquel.  It only starts with the dancing.

With Kyle and Raquel now married, for their various reasons, will that allow either of them a chance at a romance this season?
JAMES:  I don’t think I’m spoiling anything for anyone when I say Kyle and Raquel’s marriage does absolutely nothing to dampen the dating lives of either of the two women.  It’s a really great thing that Kyle did for Raquel.  It really solved all of Raquel’s problems.  So it’s now kind of like: “Okay, ow your problem is solved. Now what are you going to do?”  It’s fun to see the two characters together and it’s fun to see the two actresses together.  Raquel and Kyle are one of our secret weapons this season.

HIT THE FLOOR is also known for its jaw-dropping dance sequences.  What can we anticipate this season on the dance floor?
JAMES:  The dances in Season 3 we do take up a notch.  We tied it into the story, to me, even better.  Two of the best dances we have ever done on the show happen this season and they have not happened yet.  We really change up things in terms of style, type of music.  Our choreographer Michael Rooney really attacked this season in a way that is thrilling, sexy.  The fierceness that these women are able to deliver this season is a spectacle.  They are athletes, which to me is the kind of the most exciting thing about working with them.  I see the work that they do, and we have some of the best dancers in the world, and they are not doing little hand moves and a little twerk and they are done. They really just are athletes and the passion that they put into their rehearsals and performance days, I am in awe of each and every one of them.

Can the fans look forward to any exhibitions by the dancers outside of the show?  Is there some place they could go see them?
JAMES:  That’s the big question.  We have started dabbling with the random public performance.  We did something for the TV Academy last season and we performed at a BET celebrity basketball game where the girls got applause that made me swell with pride. It was so exciting.  Just seeing them live is a whole other experience and I would love to be able to do that more.  The girls would love to do that more as well.  They feed off that same energy.  I really wish people could experience them live because what you see on the show is a really wonderful filming of it for sure, but when you see them live and the music is blasting through your head and they dance, you’ll never need coffee again.  You just get so excited and so happy the entire time.  Even actors that might not be working that day will show to where ever we are filming the dances.  They know they are in for a show and there are just huge smiles on their faces.  I would love to be able to share that with the world in a live setting.

To find out what other jaw-dropping surprises are in store, be sure to tune in for all new episodes of HIT THE FLOOR on Monday nights at 9:00 p.m. on VH1.