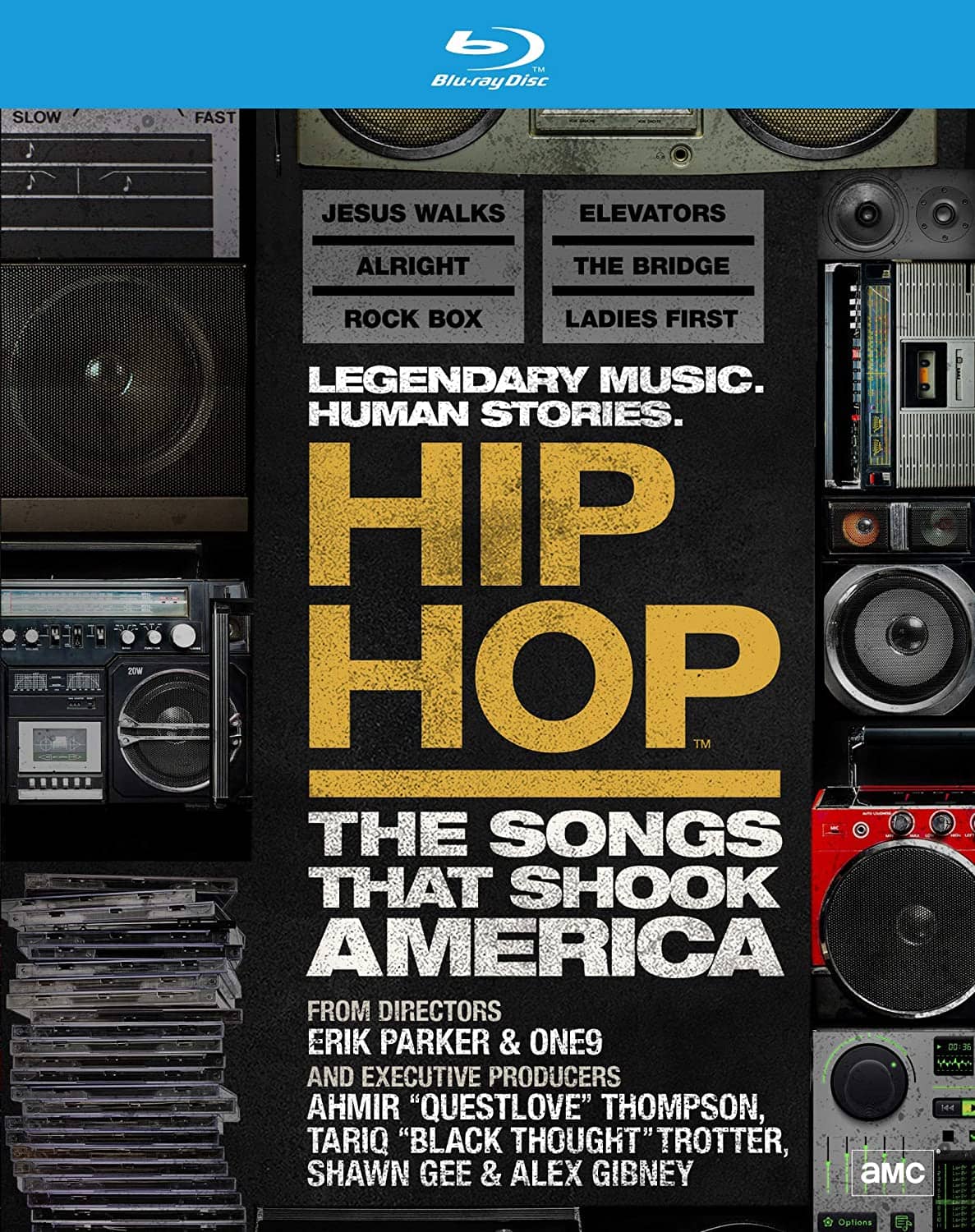 AMC Networks’ RLJE Films features the DVD/Blu-ray debut of AMC’s fascinating docuseries HIP HOP: THE SONGS THAT SHOOK AMERICA on September 29, 2020. From executive producers Ahmir “Questlove” Thompson, Tariq “Black Thought” Trotter, Alex Gibney, and directors Erik Parker and One9, each episode of this six-part series focuses on a groundbreaking song pivotal to the evolution of American music and culture. Some of the songs featured in the series include Kanye West’s “Jesus Walks,” Kendrick Lamar’s “Alright,” Run-D.M.C.’s “Rock Box,” Queen Latifah’s “Ladies First,” and more. Now on a 2-Disc DVD or Blu-ray set ($34.97), it also comes with 30 minutes of bonus features including a Barbershop freestyle and additional interviews with music icons. Hip Hop: The Songs That Shook America previously premiered on AMC in October 2019.

Artists, their collaborators, and other influential musical and cultural figures deconstruct compositions, revisit the impact the song had on them personally, and dissect the socio-economic and cultural conditions that inspired the landmark work and gave voice to a generation. 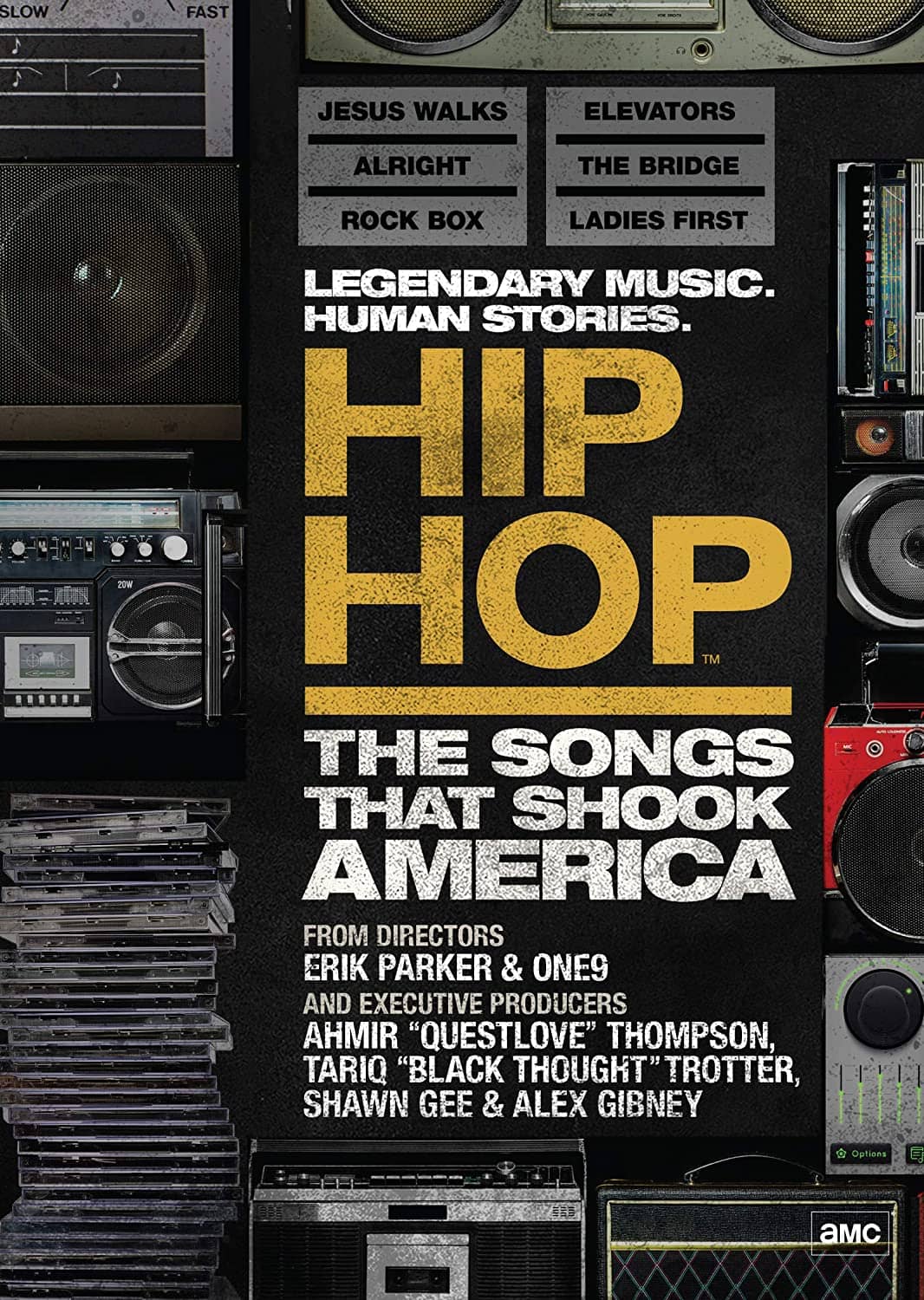