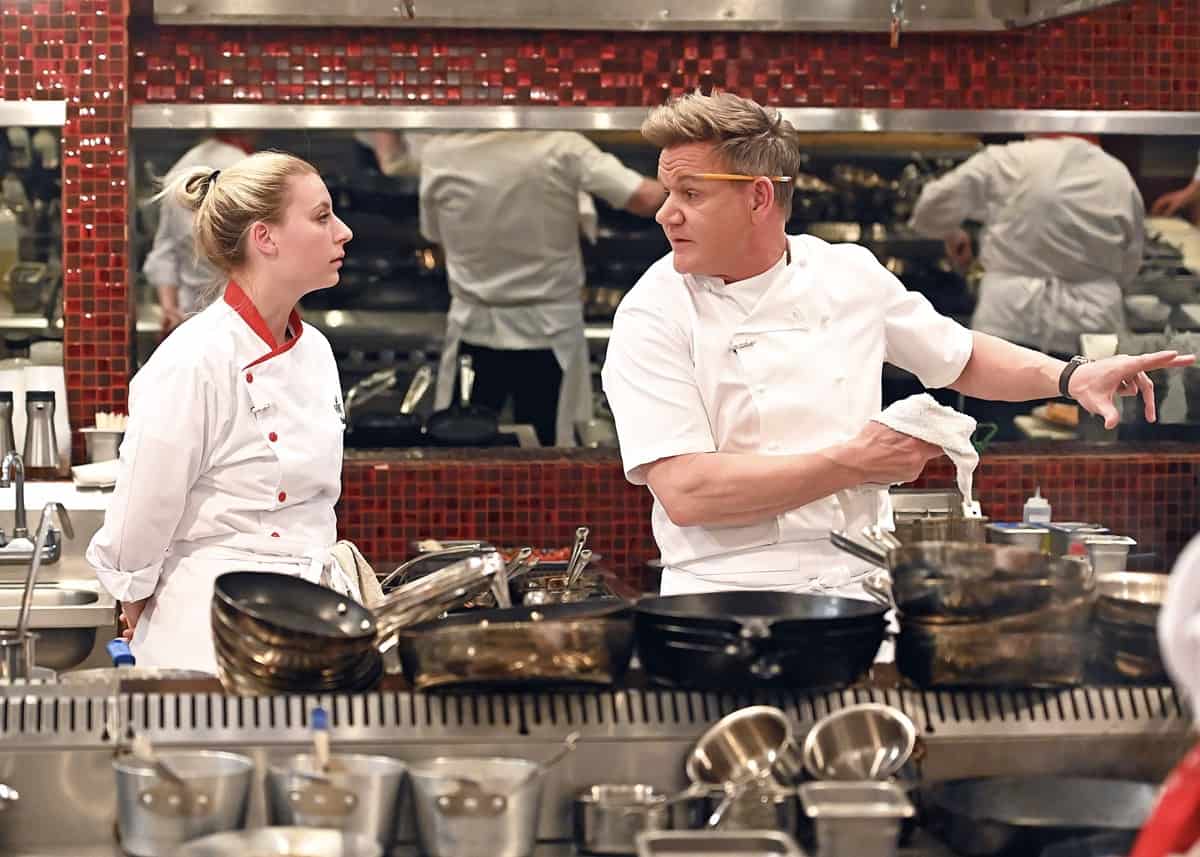 HELL’S KITCHEN Season 20 Episode 4 Photos Young Guns: Young Guns Goin Big – The chefs are challenged to make brunch for 60 hungry Caesars Palace employees, fresh off the night shift. Later, one chef takes the fall during the use of a punishment pass, earning the respect of both teams, and dinner service leads some chefs to crack under the pressure in the all-new “Young Guns: Young Guns Going Big” episode of HELL’S KITCHEN airing Monday, June 21 (8:00-9:00 PM ET/PT) on FOX. (HK-2004) (TV-14 D, L) s20e04 20×04 20.04