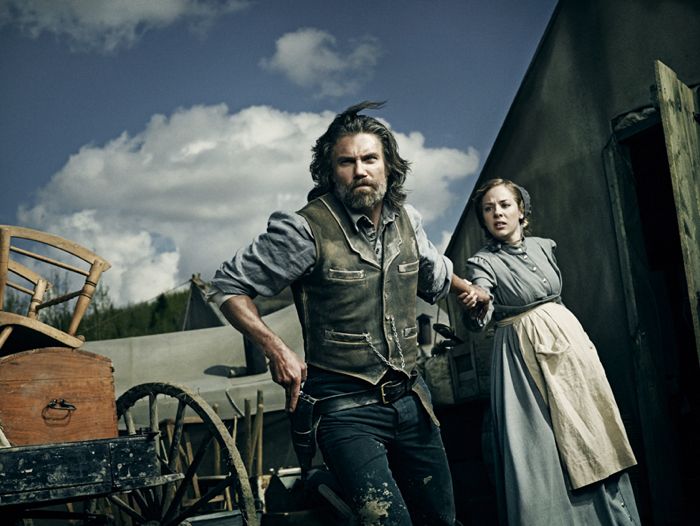 AMC’s Western drama “Hell on Wheels” will return for the first half of its fifth and final season on Saturday, July 18 at 9:00 p.m. ET/PT. Seven new episodes will air this summer, with the final seven episodes of the series following in 2016.

Starring Anson Mount and Colm Meaney, “Hell on Wheels” examines the institutionalized greed and corruption behind the building of America’s Transcontinental Railroad as loyalties are abandoned and the race between the Central Pacific and Union Pacific lines intensifies. “Hell on Wheels” opened up a new night of original programming for AMC on Saturdays – traditionally known as the most challenging night of the week for television – with the show’s fourth season increasing the network’s Saturday primetime average 121% in viewers in live+same day ratings. Season four of “Hell on Wheels” averaged 3.3 million viewers in live+3 ratings, which include three days of time-shifted viewing.

In season 5, Cullen Bohannon (Mount) finds himself a stranger in a strange land – the mountain town of Truckee, Calif., home to the Central Pacific Railroad.  This rough railroad town teems with thousands of Chinese workers, foreign in language, culture and traditions.  Despite the challenges of corralling his new workforce, Cullen leads the Herculean effort to tunnel through the Sierra Nevada Mountains, sometimes achieving only inches a day in the race to complete the first Transcontinental Railroad.

“‘Hell on Wheels’ continues to be an epic journey in every way,” said Joel Stillerman, AMC’s executive vice president of programming, production and digital content. “The amazing and passionate team of writers, producers, cast and crew, led by John Wirth, are pulling out all the stops to make this final season as compelling, dramatic and intense as the actual building of the railroad was. We’re incredibly excited to share this part of the story with the large and loyal audience who have supported this show from the beginning.”