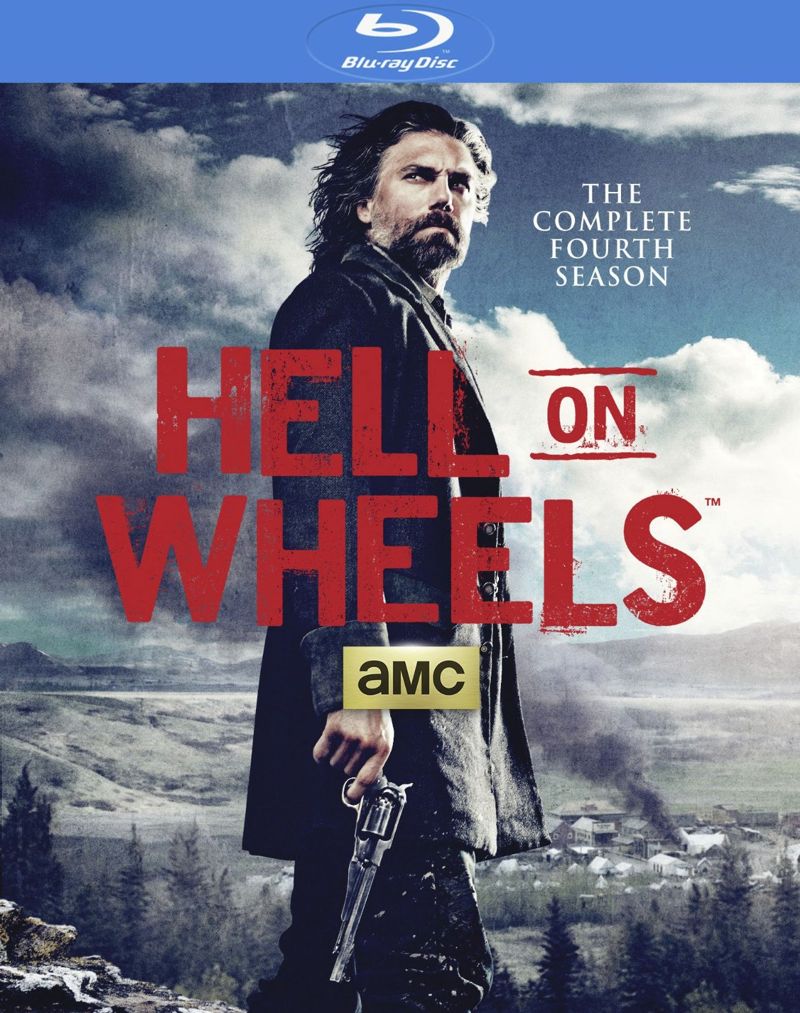 Seat42f and Entertainment One have teamed up to give THREE lucky winners a copy of HELL ON WHEELS Season 4 on Blu-ray. For a chance to win leave a comment below telling us why you want to add HELL ON WHEELS Season 4 to your Blu-ray collection. Only one entry per person. Contest ends August 25th. Winners will be notified on August 26th via email so make sure to use a valid email address when you post your comment.

When it premiered in 2011, HELL ON WHEELS was credited for helping to modernize the Western genre.  “Imbued with epic sweep[1]“, the series tells the story of post-Civil War America and of Cullen Bohannon (Anson Mount), a soldier who sets out to exact revenge on the Union soldiers who have killed his wife.  When his journey takes him west to Hell on Wheels, a lawless melting pot of a town that travels with and services the construction of the railroad, the lavishly-produced series gathers steam, and introduced characters and plotlines that have helped the Western drama become one of AMC’s top-rated series — and underscores just how  uncivilized the business of civilization can be.

Season Three of HELL ON WHEELS ended with Cullen married to a pregnant Naomi and living in a Mormon fort where the Swede (Christopher Heyerdahl) was impersonating church leader, Bishop Dutson; Thomas “Doc” Durant (Colm Meaney) back in control of the Union Pacific Railroad which had successfully expanded westward to Cheyenne; and Elam (Common), gravely injured by a bear while searching for the missing Cullen.  And, as HELL ON WHEELS: THE COMPLETE FOURTH SEASON unfolds on blu-ray and DVD exclusively from Entertainment One (eOne), civilization makes its way west with the railroad, bringing with it men who attempt to do with their pens what rougher men did in seasons past with their guns.  Conflict between government and big business, ranchers, homesteaders and the railroad will continue to define the drama as all of those interests compete with one another for control of Cheyenne, Wyoming, the “Magic City of the Plains”, and the most important railroad hub in the country.