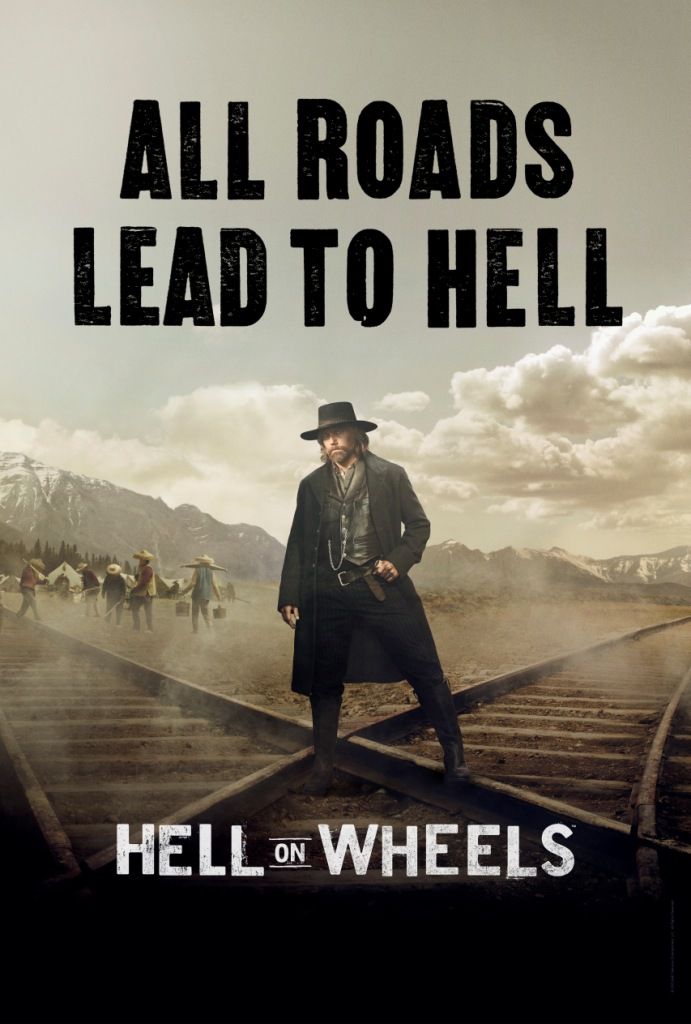 Seat42f and Entertainment One have teamed up to give THREE lucky winners a $10 Amazon Gift Card so they can download new episodes of HELL ON WHEELS. For a chance to win leave a comment below telling us why you want to add HELL ON WHEELS to your Digital collection. Only one entry per person. Contest ends August 4th. Winners will be notified on August 5th via email so make sure to use a valid email address when you post your comment.

Credited for helping to modernize the Western genre when it premiered in 2011, the top-rated AMC mainstay, “Hell on Wheels”, enters its fifth and final season this July. In the first seven episodes being aired in 2015, the rough and tumble drama delves into the conflicts between the Central Pacific and Union Pacific Railroads, as they race toward completion. And as the series itself races towards a finale five years in the making — with seven new episodes airing this summer, and the final seven following in 2016 — the new season pulls out of the station on Saturday, July 18 at 9:00pm ET/PT. The next day, co-producer Entertainment One (eOne) will begin to release each episode for purchase on leading digital platforms the day after their premieres.

Starring Anson Mount and Colm Meaney, “Hell on Wheels” examines the institutionalized greed and corruption behind the building of America’s Transcontinental Railroad as loyalties are abandoned and the race between the Central Pacific and Union Pacific lines intensifies. In season 5, Cullen Bohannon (Mount) finds himself a stranger in a strange land – the mountain town of Truckee, Calif., home to the Central Pacific Railroad. This rough railroad town teems with thousands of Chinese workers, foreign in language, culture and traditions.  Despite the challenges of corralling his new workforce, Cullen leads the Herculean effort to tunnel through the Sierra Nevada Mountains, sometimes achieving only inches a day in the race to complete the first Transcontinental Railroad. In addition to Mount and Meaney, “Hell on Wheels” stars Christopher Heyerdahl, Robin McLeavy, Jennifer Ferrin, Phil Burke and Dohn Norwood, and welcomes new series regulars Tim Guinee, Reg Rogers, Byron Mann and Tzi Ma.

“Hell on Wheels” was developed by Endemol USA. The series is produced by eOne and Nomadic Pictures. eOne is the worldwide distributor and licensed television rights in Europe to Endemol. As a leading international content distributor, eOne also handles worldwide rights for DVD/Blu-ray, VOD and digital distribution.