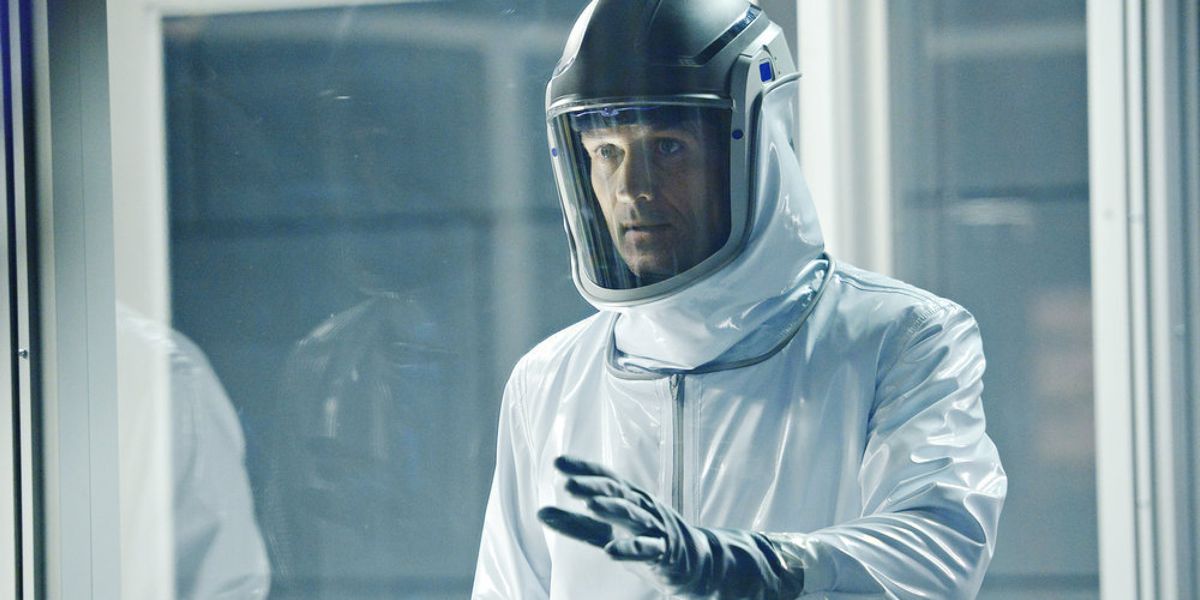 SyFy is stepping outside its comfort zone with the new original series HELIX, premiering this week. It is not a case-of-the-week procedural, nor is it campy, two hallmarks of most SyFy dramas. Instead, this is a serious thriller about CDC agents traveling to a base in the Artic where a mutation could either save the human race or doom it. Heavy, huh?

It’s a great idea for a show. We’ve had exciting movies and miniseries about outbreaks of disease or biological contagions, but I can’t think of a single successful weekly series on the topic. With disease named as one of the most imminent threats the planet may face, genetic engineering debated for moral and hypothetical reasons, and the genre of horror television never having been more popular, it seems an apropos time to toss this into the mix.

HELIX is adrenaline-inducing. There are very tense scenes, and danger seems to be around every corner. The pacing is slow, then ramps up, then slows down, then ramps up again, sure to keep your heart beating fast. There are mysteries the CDC people don’t understand, and scary images that crop up. While not being a full-on horror piece, without constant deaths of characters, it does definitely give you the impression that not every one of the main players will make it out of the season alive. And since the base is home to more than a hundred people, there is plenty of room for body counts.

In a program such as this, set at an Arctic base, one expects some decent visuals. What special effects were included in the advance screener looked pretty cool, but sadly many of those were not finished. I am eager to see the first two installments again when their air to find out if HELIX delivers on this element.

Billy Campbell (The Killing) stars as the head of the CDC team sent to the base, Dr. Alan Farragut. His brother, Peter (Neil Napier, Bullet in the Face), is the only one of the initial three infected that is still alive. If this wasn’t bad enough for Alan to deal with, he used to be with the woman who recruits him for this mission, Dr. Julia Walker (Kyra Zagorsky, Green Season), until she slept with Peter.

This kind of triangle is nothing new, and induces a few groans at playing to such a familiar bit. However, this type of dynamic is utilized over and over again for a reason. We need to care about these characters, and there needs to be tension between them to make the show more compelling. While I wish there had been some thought to originality in crafting the roles, it’s one that works for the show.

There’s a fourth person involved, Alan’s plucky mentee, Dr. Sarah Jordan (Jordan Hayes, House at the End of the Street). Sarah insists that nothing romantic is going on between her and Alan, but Julia doesn’t believe Sarah, since Julia and Alan’s tryst started under similar circumstances. I am hoping Sarah is telling the truth, though, as that would be more interesting and fresh, even if she does have unrequited feelings for her boss.

There are a handful of other major players, too. Dr. Hiroshi Hatake (Hiroyuki Sanada, Lost) runs the base where the disaster occurs, and may be the villain of the show, unless the writers are painting him as a red herring. Daniel Aerov (Meegwun Fairbrother, The Time Traveler), works for Hiroshi. Dr. Doreen Boyle (Catherine Lemieux, White House Down) is a member of Alan’s team whose specialty is animals, which makes her quite suspicious when the base residents insist they don’t have any monkeys. Major Sergio Balleseros (Mark Ghanime, Emily Owens M.D.) is a soldier who is not going to let the contagion get out.

The one thing HELIX lacks, though, is a stand-out character, Sarah seems the most interesting thus far, and Doreen has potential, though the latter also has potential to die early. But unlike in most TV shows, there really hasn’t been anyone to latch onto and get fully behind. The people in HELIX seem realistic because they aren’t abnormally charismatic, but that could end up hurting the series as it tries to build an audience.