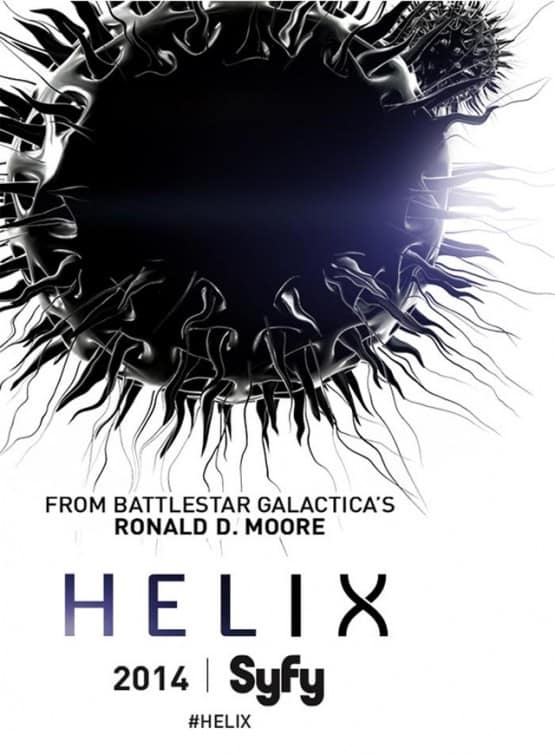 HELIX Poster : “Helix” is an intense thriller about a team of scientists from the Centers for Disease Control who travel to a high-tech research facility in the Arctic to investigate a possible disease outbreak, only to find themselves pulled into a terrifying life-and-death struggle that may hold the key to mankind’s salvation or total annihilation.  However, the lethal threat is just the tip of the iceberg, and as the virus evolves, the chilling truth begins to unravel.

The 13-episode drama is executive produced by Ronald D. Moore (“Battlestar Galactica,” “Outlander”), Steven Maeda (“Lost,” “The X-Files”) who is also showrunner, and Lynda Obst (“Sleepless in Seattle,” “Contact”). Cameron Porsandeh, who wrote the pilot, will serve as a Co-Executive Producer.

Billy Campbell (“The Killing,” “Killing Lincoln”) stars as Dr. Alan Farragut, leader of the Centers for Disease Control outbreak field team called upon to investigate and control a potential “hot zone” at a remote Arctic research facility. Hiroyuki Sanada (“The Wolverine,” “47 Ronin”) also stars as Dr. Hiroshi Hataki, the overseer of the outpost and its mysterious viral research program.