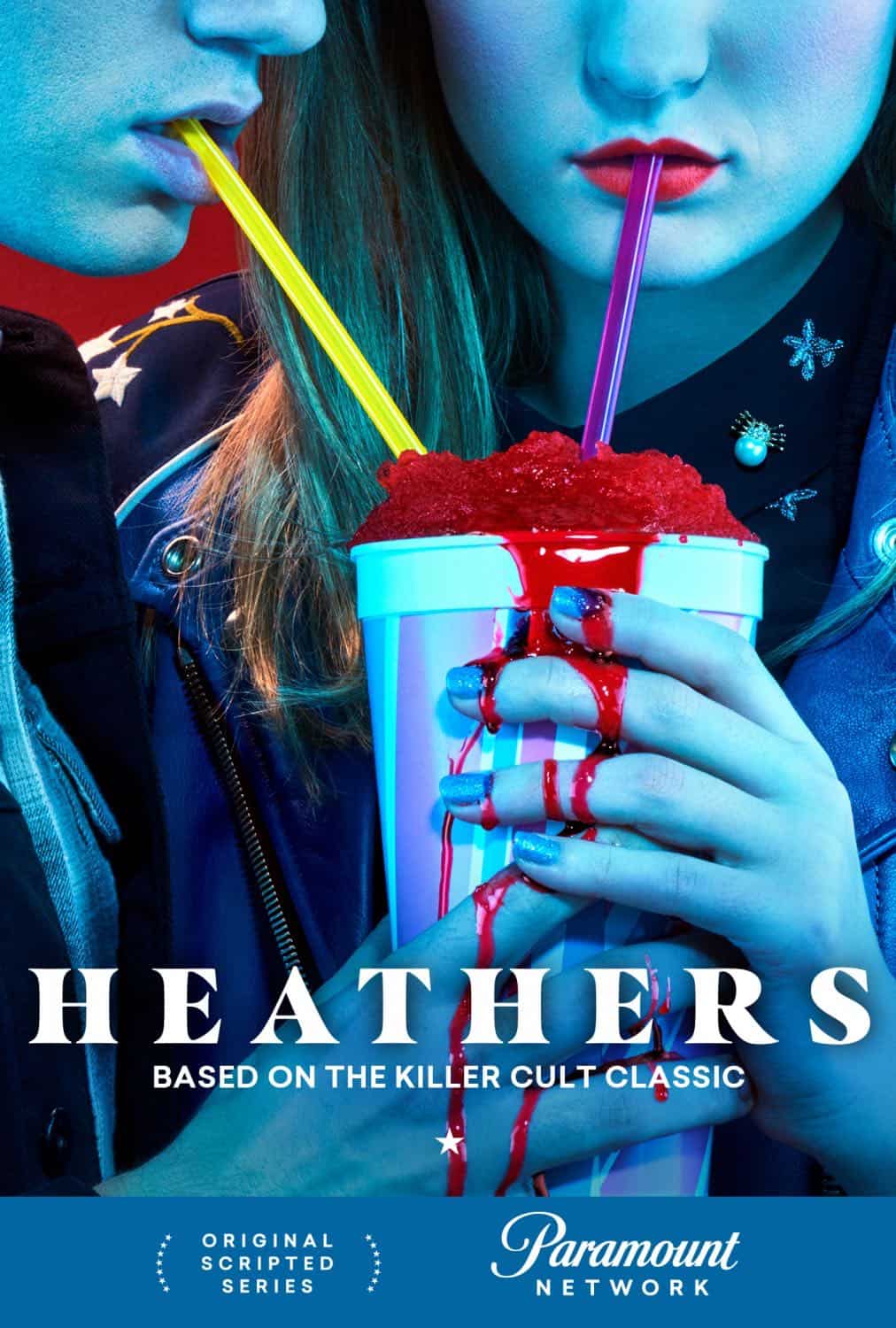 Set in the present day, “good girl” Veronica Sawyer (Grace Victoria Cox) deals with a very different but equally vicious group of Heathers. Heather Chandler (Melanie Field) is the unconventional leader of this popular high school clique and rules Westerburg High through fear, intimidation and amazing fashion sense. Heather Duke (Brendan Scannell) is Heather C’s #1 sidekick and harnesses the Heather’s power to destroy whoever he views as a total discount hobgoblin.  Heather McNamara (Jasmine Mathews) is considered the nicest Heather in the group who lives in the shadow of the others. She’s hiding a dark secret that she doesn’t want to be exposed. JD Dean (James Scully) is the new boy in town with a dark side and sets out on a reckless path of destruction proving that no one, even his girlfriend Veronica is safe.