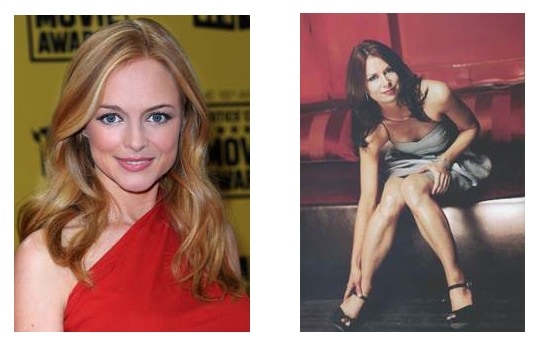 Heather Graham (The Hangover) and Mary Lynn Rajskub (24), each twice-nominated for SAG Awards, will guest star in the seventh season of the hit SHOWTIME comedy series CALIFORNICATION. Graham will play a woman from Hank’s (series star and executive producer David Duchovny) past whose arrival upends his life, while Rajskub will play a neurotic writer. They join recently announced guest star Michael Imperioli (The Sopranos). Production on the seventh season’s 12 episodes begins later this month for premiere in 2014 on SHOWTIME.

Graham’s first big break was in the 1988 teen comedy License to Drive, followed by her work in Gus Van Sant’s Drugstore Cowboy. Her film credits include Swingers, Twin Peaks and its prequel Fire Walk with Me; Bowfinger; and Austin Powers: The Spy Who Shagged Me. Most recently, she starred in the hit blockbuster The Hangover (and will be seen in the much-anticipated upcoming The Hangover Part III). On television, she starred in Scrubs, Emily’s Reasons Why Not and Arrested Development. She earned SAG nominations for her work in Bobby and Boogie Nights.

Rajskub is best known for her SAG-nominated performance as expert computer programmer Chloe on the long-running hit Fox series 24. She also starred in How To Be A Gentleman and can currently be seen as a regular panelist on Chelsea Lately. On film, she was seen most recently in Safety Not Guaranteed, and will soon star in Toys House, opposite Alison Brie, Nick Offerman and Megan Mullaly. Additional credits include Little Miss Sunshine, Mr. Show, Larry Sanders, Julie & Julia, Punch Drunk Love and Sunshine Cleaning.