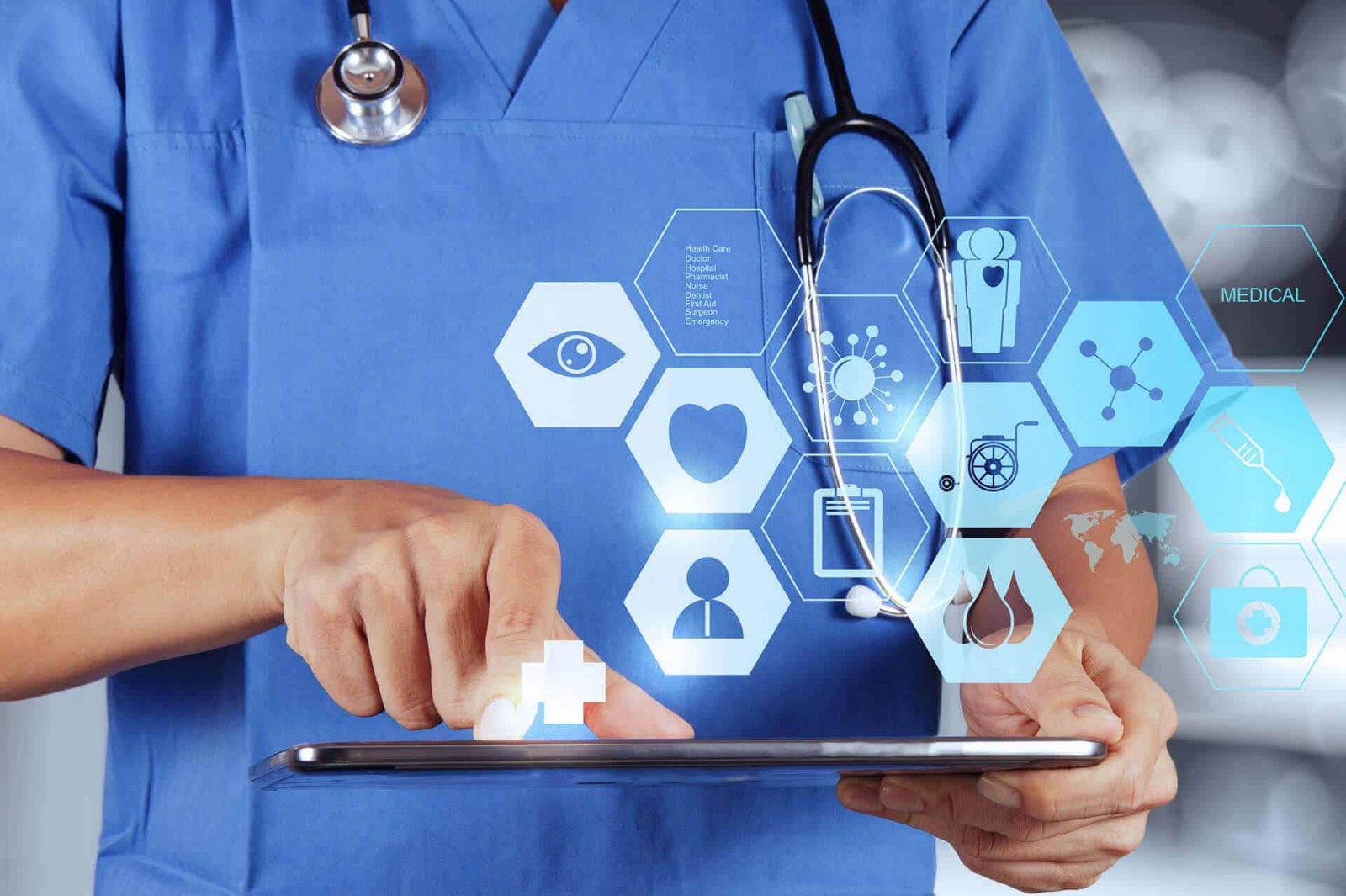 When it comes to healthcare, almost everybody has a personal story involving technology. Whether it’s the hearing aid that helped your relative to hear again after years of silence, or the cutting edge, life saving device you used in the emergency room, there are all kinds of pieces of kit that have helped people down the generations.

But what does the society-wide story of healthcare tech look like? Innovations in healthcare have actually been discussed for generations, and things we might now consider basic – such as tablets, or even walking sticks – were once considered new-fangled! This article will start with the most basic healthcare technology history and then explain how this story has evolved through the years to the present day.

In one way or another, all health innovations can be considered technological in the context of their time period. However, perhaps the point at which technology as we would start to recognize it today began to have a real effect was around the end of the 19th century. In the 1890s, for example, the first X-ray was taken: Wilhelm Röntgen, a German researcher, managed to stumble across the discovery while investigating the relationship between gas and electrical currents. Since then, countless broken bones and other injuries have been identified through X-rays, and radiotherapy is now also a recognized treatment for conditions such as cancer.

In the first half of the 20th century, tech began to have a profound impact on treatments and outcomes. Cancer treatment, for example, began to advance as a result of changing technologies: in the 1940s, chemotherapy began to emerge following experiments with nitrogen gas. Synthesization also played a role here: shortly after chemotherapy emerged, the drug aminopterin – which was used to treat leukemia – was crafted in a lab. While it did not enjoy long-term success, the tech-powered artificial drug helped hasten progress in this field.

It was also at this stage that healthcare researchers began to find themselves increasingly able to access the resources that they needed to carry out appropriate research into healthcare tech, thanks to political and economic changes. Britain’s National Health Service, for example, was set up not long after the Second World War, and the cultural embedding of healthcare meant that governments, businesses and charities found themselves invested in the cause of health tech.

It was around this time that systematic medical record keeping began to occur, laying the groundwork for the data analysis functions that many clinicians perform to this day. By 1971, Lockheed Corporation was offering a product designed to allow physicians to perform order entry and manage their records through a computerized system, and by the very end of the century, data management had reached a more significant level than ever before: in 1994, for example, the World Health Organization (or WHO) published the ICD-30 standard.

Perhaps the most obvious example of healthcare technology in the modern day would be the amazing tools and innovations used to help people manage a variety of different health conditions. Hearing aids, for example, can now be algorithm-powered, thanks to advances in digital signal processing, or DSP: in fact, by 2005, it was the case that over 90% of all hearing aids selling on the American market used this technology in one way or another. All kinds of organs, meanwhile, can be augmented or even replaced, thanks to technology: the existence of battery-powered total artificial hearts (TAHs), say, means that those who are waiting for transplants for such a significant organ can have a chance of leading a relatively normal life in between.

Another example of innovative technology used in caring settings is health informatics. In essence, health informatics is the practice of using data analysis to improve health outcomes, and it’s the product of decades of research into how best to use large amounts of health data. It could involve looking at information about why certain events or epidemics take place in certain settings, while it could also involve automatically analyzing anonymized health records in order to identify what treatments work well in particular settings. Crucially, though, it requires the big data processing power that only computing can provide. With health informatics professionals including Sudir Raju becoming well known in the healthcare tech world, it’s obvious that this is an area to watch as time goes on.

Healthcare technology has long been a hot topic. Everything from the management of big health data to the advent of the total artificial heart can be considered healthcare tech in one sense or another – and with a history as rich as this, it’s clear that the white heat of technology has been one of the most dynamic aspects of clinic, surgery and hospital life in the last century.