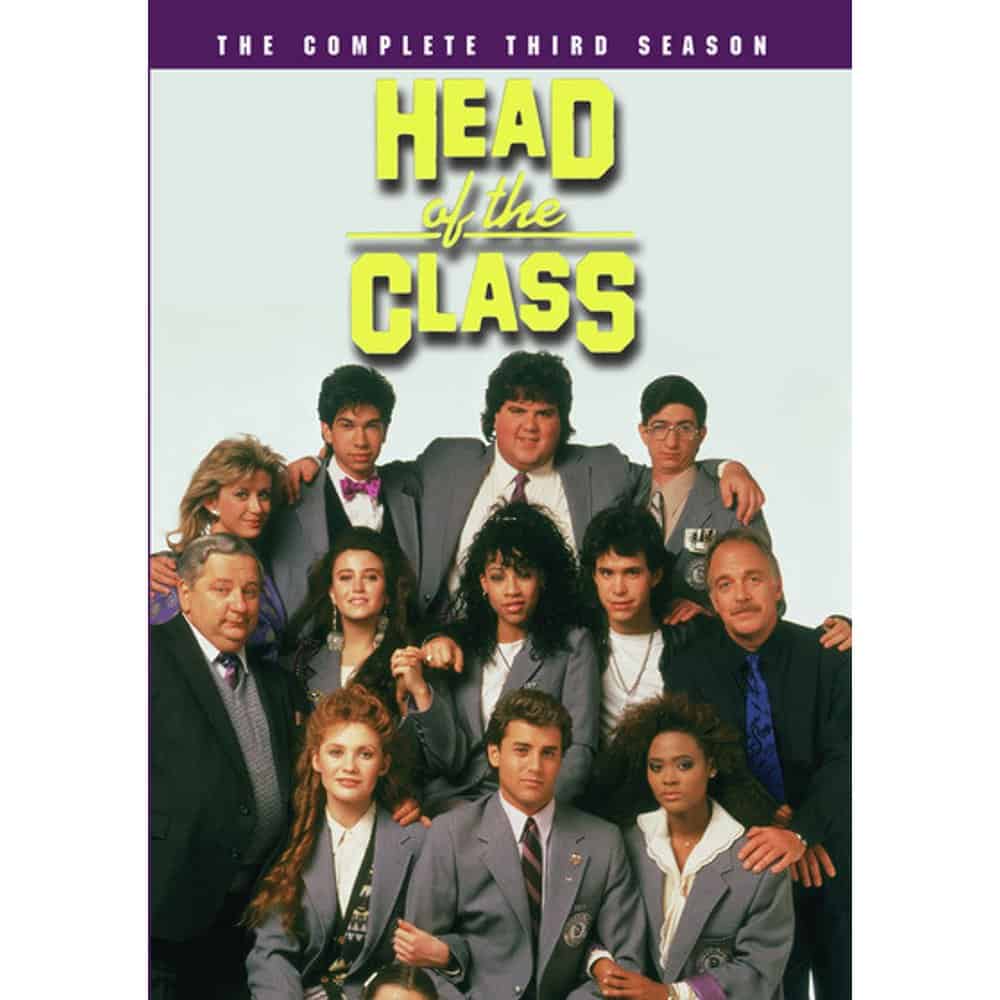 Laid-back substitute Charlie Moore (Howard Hesseman, WKRP in Cincinnati) continues to guide his ultra-gifted charges in the Individualized Honors Program (IHP) as they navigate their junior year of high school in the third season of this fan-favorite sitcom. The high-Q kids of IHP start the season with a bang in the (literally) history-making Back in the U.S.S.R. and Mission to Moscow, Parts 1 and 2, as they travel behind the no-longer-Iron Curtain for a rematch with their first-season Russian academic opponents in the first American sitcom to shoot on location in the then-Soviet Union. After their crash course in dating and détente, the IHP’s Arvid (Dan Frischman), Maria (Leslie Bega), Darlene (Robin Givens), Jawaharlal (Jory Husain), Janice (Tannis Vallely), Eric (Brian Robbins), Dennis (Dan Schneider), Sarah (Kimberly Russell), Alan (Tony O’Dell) and Simone (Khrystyne Haje) return to face the year with awkward aplomb.

Head of the Class: The Complete Third Season