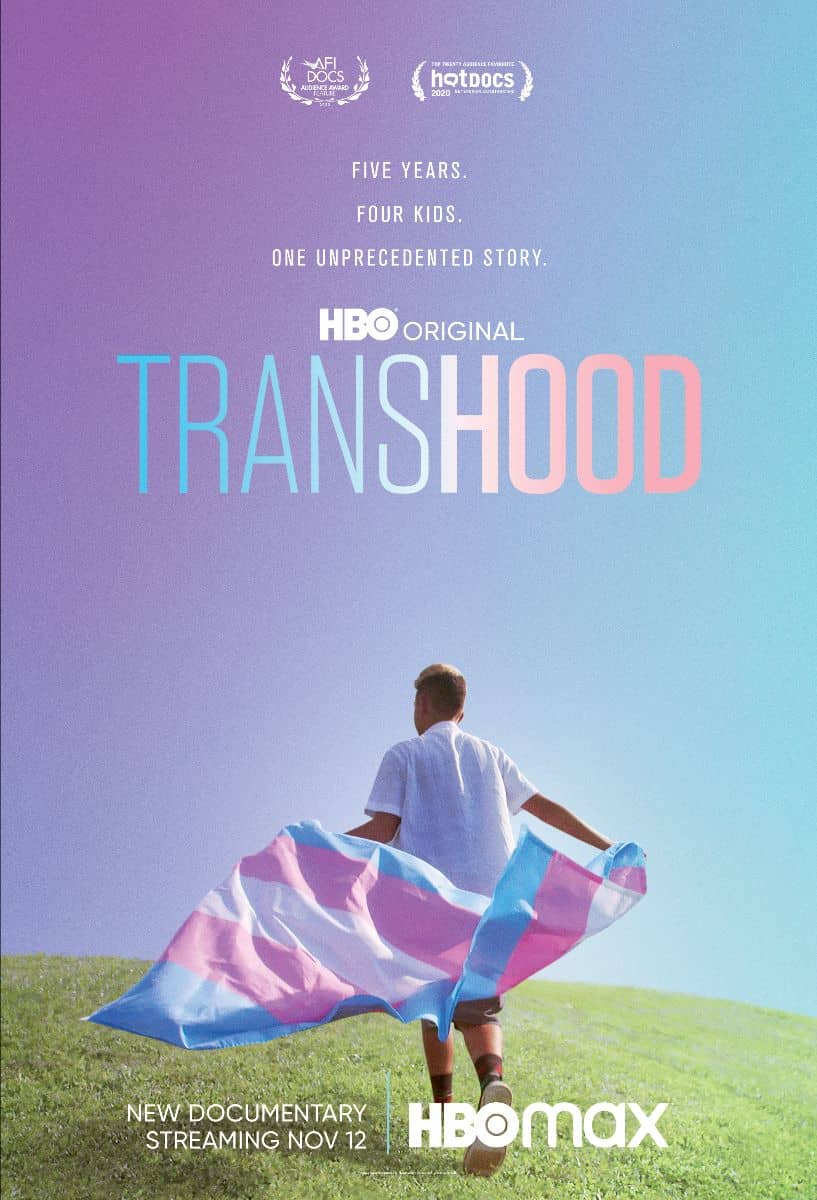 Filmed over the course of five years in Kansas City, TRANSHOOD is an inspiring chronicle of the lives of four young people and their families as they each navigate growing up transgender in America’s heartland. Debuting THURSDAY, NOVEMBER 12 (9:00-10:45 p.m. ET/PT), the documentary offers a long-range insight into the unique journeys of four transgender youths (ages 4, 7, 12 and 15 at the start of filming) as they redefine “coming of age” and share personal realities of how gender expression is reshaping their American families. Moving and thought-provoking, the film explores how these families struggle and stumble through parenting, and how the kids are challenged and transformed as they experience the complexity of their identities.

Directed by Sharon Liese, produced by Sasha Alpert, and executive produced by Kimberly Reed, TRANSHOOD captures the nuanced and authentic stories of four courageous families. While every journey is different, they share their honest and varied experiences as the young people display incredible resilience, facing rejection from their peers, body dysphoria and escalating political rhetoric that strives to invalidate LGBTQ+ lives. All the while, the older kids navigate the minefield of adolescence. Sharing their most vulnerable moments, the parents reveal their ambivalence, doubts and missteps as they too transform over time.

Amid the politically and religiously conservative Kansas City community between 2014 and 2019, the parents grapple with their own adjustments to parenting while often facing resistance from extended family.

Through intimately shot verité footage of these families, TRANSHOOD takes us into the lives of:

Others featured in the film include pediatric endocrinologist Dr. Jill Jacobson, gender affirmation surgeon Dr. Marci Bowers, and others.

“Culture Closeup,” a supplemental special short, will accompany TRANSHOOD. The special features a conversation with two trans youths from the film, facilitated by a.t. Furuya of GLSEN, an organization championing LGBTQ issues in K-12 education. They discuss important moments in the film, the impact of having participated, and highlight the myriad experiences of other trans, nonbinary, gender-nonconforming and gender-expansive youth beyond what’s portrayed in the film. HBO has partnered with experts in the transgender and LGBTQ+ youth community to develop a discussion guide as well as educational resources, which will be available on HBO.com. In addition, HBO, in partnership with national LGBTQ+ organizations, is producing The TRANSlation Summit, designed to spark candid and informative conversations within the transgender community, their families and allies. The Summit will launch on November 17 and take place on HBO’s YouTube page, timed in conjunction with National Transgender Awareness Week.