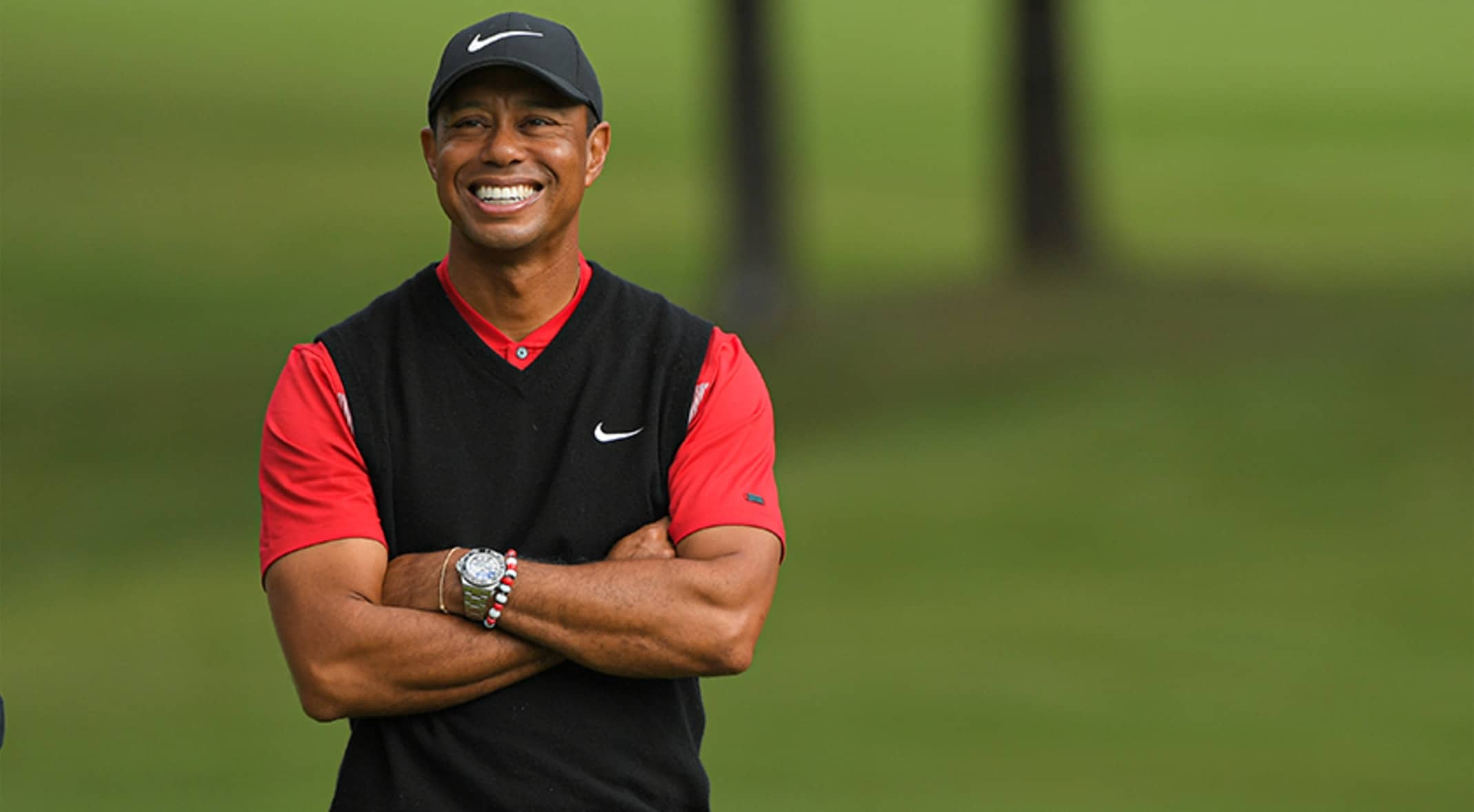 HBO Sports and Jigsaw Productions in association with Our Time Projects are in production on a two-part documentary series illuminating in sweeping scope and vast detail the rise, fall, and epic comeback of global icon Tiger Woods. Alex Gibney (Academy Award® winner for “Taxi to the Dark Side,” nominee for “Enron: The Smartest Guys in the Room,” and Emmy®-winner for HBO’s “Going Clear: Scientology and the Prison of Belief”) executive produces alongside Sam Pollard, Stacey Offman, Richard Perello, Armen Keteyian and Jeff Benedict. Academy Award nominee and Emmy®-winning filmmaker Matthew Heineman (“Cartel Land,” “A Private War”) and Emmy® nominee Matthew Hamachek (“Amanda Knox”) serve as directors of the two-part television presentation. Part one of TIGER will debut SUNDAY, DECEMBER 13, with part two airing SUNDAY, DECEMBER 20, exclusively on HBO.

TIGER will be available on HBO and to stream on HBO Max.

“Few global icons are more visible and less understood than Tiger Woods,” said Peter Nelson, Executive Vice President, HBO Sports. “His prodigy came with painstaking sacrifice; his perfected athleticism immobilized him in agony before the age of 40; his self-made fame enabled a self-destructive world of secrecy; and his redemptive reemergence posed as many questions as it answered — not only about one of the greatest sportsmen ever to live, but also the greater American society that engulfed him. Now, directors Matthew Heineman and Matthew Hamachek provide viewers a definitively nuanced portrait of Eldrick ‘Tiger’ Woods.”

“Since his introduction to the world at the age of two, Tiger Woods has inhabited our collective consciousness as a prodigy, a pioneer, a champion, a global icon, and then a tabloid headline,” said directors Heineman and Hamachek. “After months of research and countless hours of revelatory conversations, we discovered that he has always been a projection of outsized expectations. His father, his sponsors, and his fans all made Tiger Woods into whom they wanted him to be. Our goal was to dive deeper and create an unflinching and intimate portrait of a man, who like all of us, is imperfect and inherently human.”

“This is an epic tale,” said executive producer Alex Gibney, “For sports fans and for anyone interested in the pursuit of greatness and the price of ambition paid by athletes, particularly when parents and the society-at-large push them to win at any cost. The directing team of Matthew Heineman and Matthew Hamachek have used their extraordinary cinematic talents to tell a riveting story.”

“The new two-part series TIGER is a tremendous eye opener in looking at a master athlete whose dedication and obsession with the game of golf took him not only to the heights of fame and success, but down a spiraling road of darkness and finally redemption,” said executive producer Sam Pollard. “Hamachek and Heineman are masterful storytellers and have done an extraordinary job in shaping this nuanced and detailed journey of a man who is probably the greatest golfer of all time.”

ABOUT HBO SPORTS
Over the past three decades, HBO Sports has earned a reputation as one of sports television’s most prolific storytellers. From compelling documentaries to unscripted series and reality programming to magazine-style studio shows, HBO Sports has been a trailblazer. The department has earned 11 prestigious George F. Peabody Awards for production excellence in long-form programming and introduced a host of innovations and enhancements to increase subscriber satisfaction. Since 1991, HBO Sports has also earned 138 Sports Emmy® Awards and has been recognized with four duPont-Columbia University awards for excellence in broadcast journalism. The 2019 Sports Emmy® Awards saw HBO win its eighth trophy for “Outstanding Long Sports Documentary” with the groundbreaking presentation “Momentum Generation.”

ABOUT JIGSAW PRODUCTIONS
Jigsaw Productions is helmed by Academy Award®-winning filmmaker Alex Gibney, considered one of the most prolific and thought-provoking documentary filmmakers of our generation. Jigsaw has produced some of the most acclaimed documentary films including Going Clear: Scientology and the Prison of Belief, Oscar-winning Taxi to the Dark Side, Oscar-nominated Enron: The Smartest Guys in the Room, Zero Days, Divide and Conquer: The Story of Roger Ailes, The Last Gladiators, Sports Emmy-nominated Catching Hell, Emmy®-nominated The Inventor: Out for Blood in Silicon Valley and Alex Gibney’s latest feature, Citizen K which world premiered at the Venice Film Festival in 2019. Jigsaw’s slate of highly visible TV series includes Dirty Money, a six-part investigative series that delves into corporate corruption and scandal, the highly acclaimed Salt, Fat, Acid, Heat based on Samin Nosrat’s book of the same name, The Clinton Affair, Why We Hate on Discovery, Hip Hop: Songs That Shook America, The Family, The Innocence Files, Laurel Canyon and Enhanced. Whether the company is creating a documentary or narrative film, a scripted or unscripted series, Jigsaw adheres to a particular ethos: well-told, insightful, scrupulously researched, and visually poignant stories, which ignite and engage our curiosity. Reaching audiences on screens small or large, on platforms digital or traditional, Jigsaw aims to achieve critical and commercial success without sacrificing style or authenticity.

ABOUT OUR TIME PROJECTS
Our Time Projects is a New York-based production company founded in 2009 by Matthew Heineman, an Academy Award-nominated and Emmy Award-winning filmmaker. Heineman recently received a nomination for Outstanding Directorial Achievement of a First Time Feature Film Director from the Directors Guild of America for his narrative debut A PRIVATE WAR–making Heineman and Martin Scorsese the only filmmakers ever nominated for both narrative and documentary DGA Awards. He previously directed the documentary CARTEL LAND, which was nominated for an Academy Award and won three Primetime Emmy Awards; CITY OF GHOSTS, for which he won a DGA Award; and the docuseries THE TRADE, which was honored by the International Documentary Association as the Best Episodic Series of 2018. Heineman is currently in production on a documentary about COVID-19 and he is set to write and direct PARADISE, a narrative adaptation of the true events of the 2018 Paradise Fire, to be distributed by Focus Features.

ABOUT MATTHEW HAMACHEK
MATTHEW HAMACHEK, DIRECTOR is a documentary filmmaker whose films have been nominated for two Academy Awards and won three Emmy Awards. He has also won two Sundance Film Festival Awards for his work on IF A TREE FALLS and GIDEON’S ARMY. Hamachek produced, wrote, and edited the acclaimed film AMANDA KNOX. In addition, he produced and edited the Oscar Nominated film CARTEL LAND and CITY OF GHOSTS.