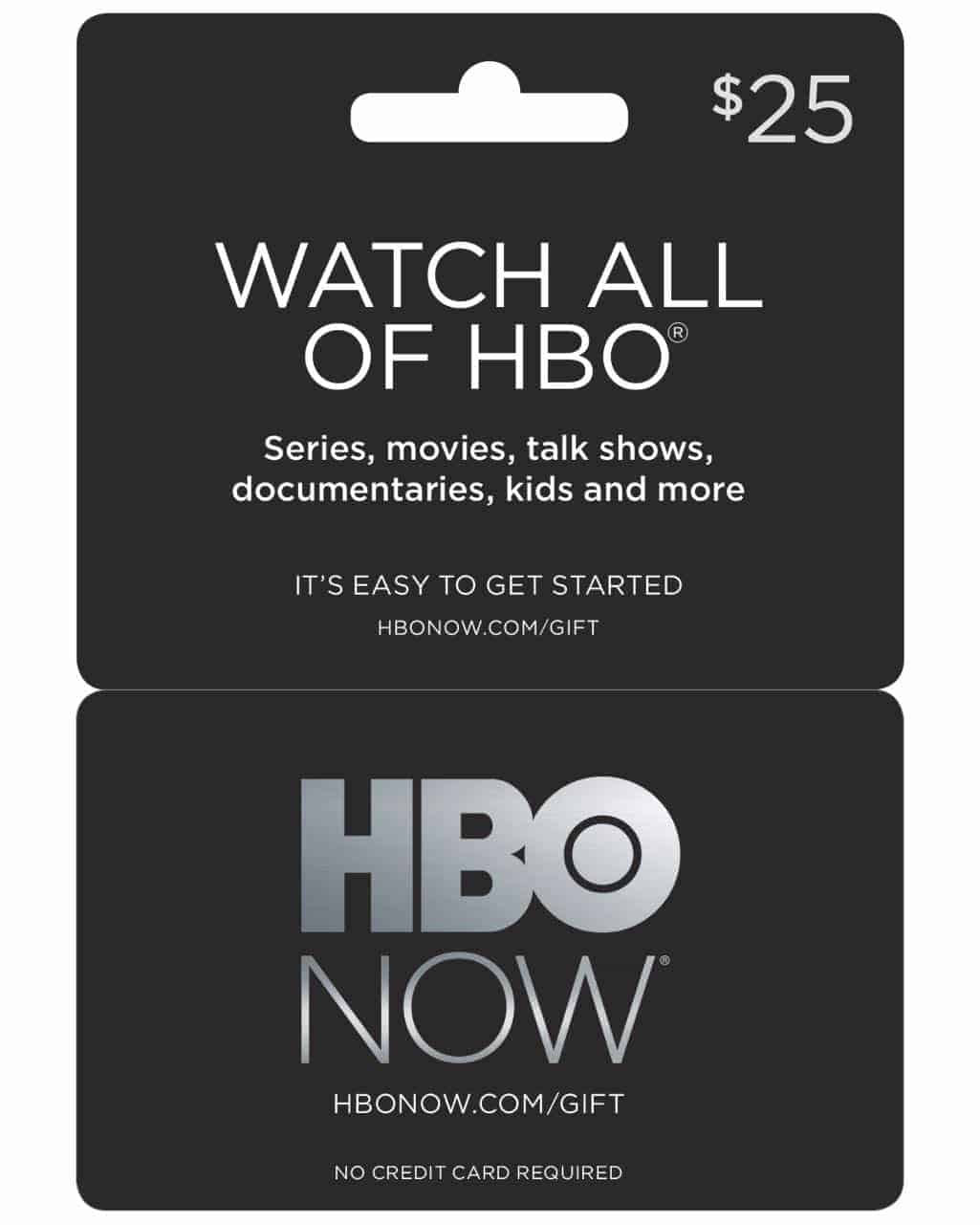 HBO is making holiday shopping easier than ever this year, offering TV fanatics the chance to give a gift everyone can enjoy—the HBO NOW gift card. HBO NOW gift cards are available now in denominations of $25 and $50 at Walmart, Best Buy and GameStop stores throughout the U.S. and will launch at H-E-B grocery stores in Texas later this month, just in time for TV fans to add an HBO NOW subscription to their holiday wish lists.

Subscribers can catch the latest must-see box office hits like Deadpool, The Revenant, Ride Along 2 and Sisters, plus HBO’s amazing line up of current series including Game of Thrones®, Westworld, Silicon Valley®, VEEP® and Last Week Tonight with John OliverSM, plus the recent seasons of Ballers®, Vice PrincipalsSM and Girls®. HBO NOW also features every episode of every season of HBO classics like The Sopranos®, Sex and the City®, True Blood®, The Wire®, Six Feet Under® and Deadwood®.

Whether your best friend is a Carrie or a Samantha, your brother is a Dinesh or a Guilfoyle, or your father is a Stark or a Lannister, the HBO NOW gift card is the perfect gift to help everyone on your wish list channel their inner HBO star.