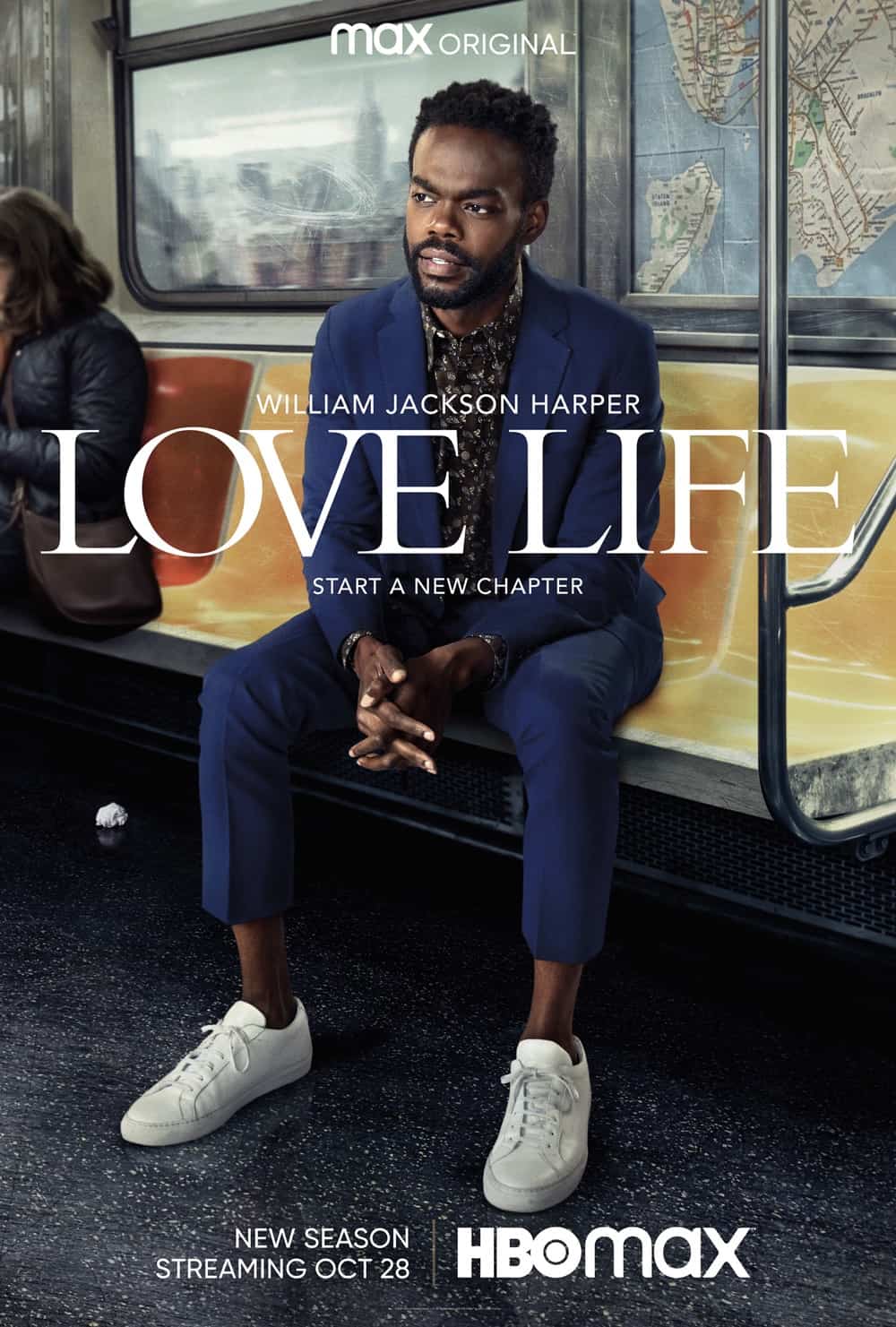 HBO Max has released the trailer and key art for season two of the Max Original LOVE LIFE. The romantic comedy anthology series returns with three episodes on THURSDAY, OCTOBER 28. Season two focuses on Marcus Watkins (Emmy® nominee and executive producer William Jackson Harper). After his marriage unexpectedly implodes, Marcus is forced to rebuild his life brick by brick, hoping to find a love that will last, once and for all. The ten-episode season continues with three episodes on November 4 and concludes with four episodes on November 11.