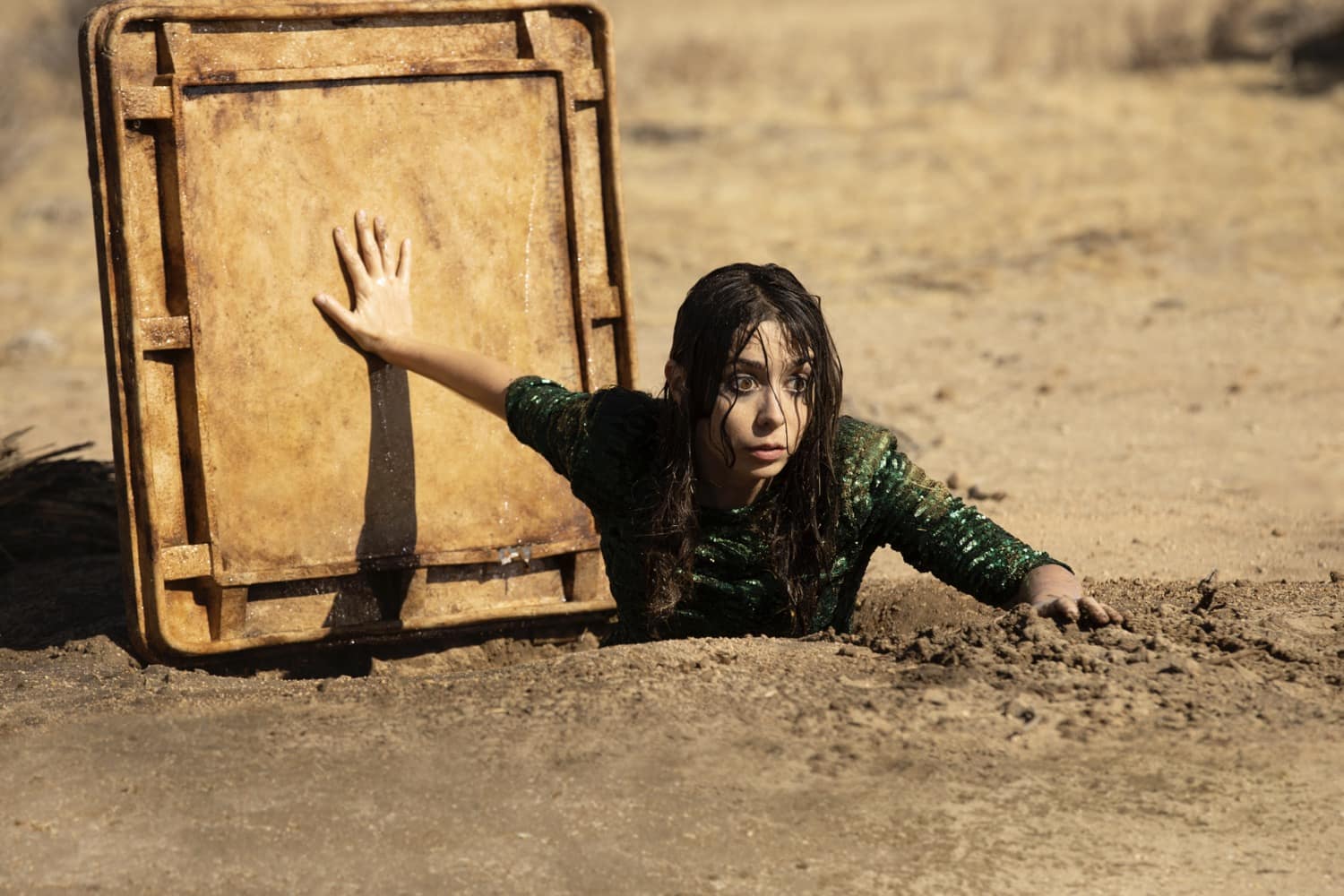 HBO Max has renewed the Max Original series MADE FOR LOVE for a second season. The critically acclaimed, darkly absurd comedy ranks among HBO Max’s top original half-hours since launch. Based on the novel by Alissa Nutting, MADE FOR LOVE is a cynically poignant story of love and divorce following Hazel Green (Cristin Milioti), a thirty-something woman on the run after ten years in a suffocating marriage to Byron Gogol (Billy Magnussen), a controlling tech billionaire. Soon she discovers that her husband has implanted a monitoring device – the Made for Love chip – in her brain, allowing him to track her, watch her, and know her “emotional data” as she tries to regain her independence. Through the chip, Byron’s able to watch Hazel’s every move as she flees to her desert hometown to take refuge with her aging widower father Herbert (Ray Romano) and his synthetic partner, Diane. MADE FOR LOVE  is a production of Paramount Television Studios.

In addition to Milioti, Magnussen and Romano, season one of MADE FOR LOVE starred Dan Bakkedahl, Noma Dumezweni, Augusto Aguilera and Caleb Foote.

Season one of MADE FOR LOVE was executive produced by Christina Lee, Alissa Nutting, Patrick Somerville, Dean Bakopoulos, Liza Chasin and SJ Clarkson. Stephanie Laing was a Co-EP and directed six episodes, including the pilot and season finale episodes, and Alethea Jones directed two episodes. Christina Lee, season one showrunner, will be joined by Alissa Nutting to showrun season two.

MADE FOR LOVE received considerable praise from critics with The Wall Street Journalwriting, “[MADE FOR LOVE] occupies a sweet spot of satire, social critique and surveillance-state-inspired horror while still being hilarious” and hailing Milioti as “impossible not to watch.” Rolling Stone celebrated Milioti’s performance as “dynamic and winning as ever” and Romano’s skill as he “deftly underplays the material to get laughs.” The Chicago Tribune heralded MADE FOR LOVE as “cheekily bewitching” and praised Magnussen’s “incredible performance.”

“MADE FOR LOVE is funny, dark, and entirely unique,” said Suzanna Makkos, EVP, Original Comedy and Adult Animation, HBO Max. “We are thrilled to be reuniting with this dream team of talented producers, incredible cast, and CGI dolphins to tell the next chapter of this exciting story.”

“We’re thrilled we get the chance to work with our incredible cast and crew again. We would’ve announced the pick-up earlier, but it was a beast closing Diane’s deal. Everyone thinks she’s a doll but she’s a real hard-ass,” said executive producers and season two showrunners Christina Lee and Alissa Nutting.