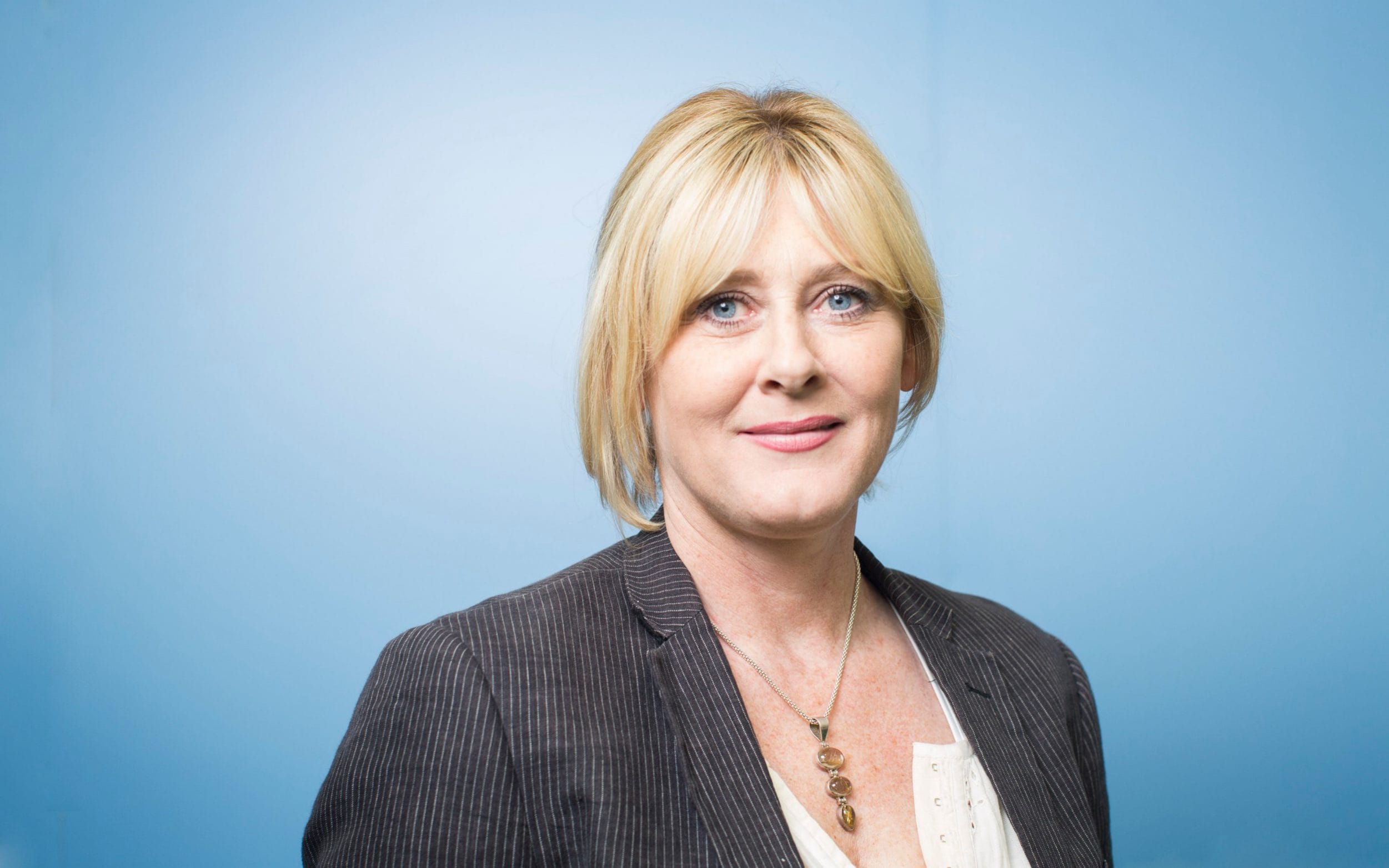 HBO Max has given an eight-episode first season order to the Max Original, JULIA, based on the life of world-renowned chef Julia Child. The series from Lionsgate Television and 3 Arts Entertainment starring Sarah Lancashire (“Happy Valley”) and David Hyde Pierce (“Frasier”), directed by Charles McDougall (“House of Cards”) and written by Daniel Goldfarb (“The Marvelous Mrs. Maisel”), is scheduled to continue production late spring in Boston, where the pilot was filmed.

JULIA is inspired by Julia Child’s extraordinary life and her long-running television series, “The French Chef,” which pioneered the now popular genre of cooking shows. Through Julia and her singular can-do spirit, the series explores an evolving time in American history – the emergence of public television as a new social institution, feminism and the women’s movement, the nature of celebrity and America’s cultural growth. At its heart, the series is a portrait of a loving marriage with an evolving and complicated power dynamic. In addition to Lancashire and Hyde Pierce, JULIA stars Brittany Bradford (Broadway’s “Bernhardt/Hamlet”), Fran Kranz (“Homecoming”), Fiona Glascott (“Fantastic Beasts: The Crimes of Grindelwald”), Bebe Neuwirth (“Madam Secretary”), Isabella Rossellini (“Silent Retreat”) and Jefferson Mays (“I Am the Night”).

“We are so happy to help bring the incomparable Julia Child back to the small screen, when we need her more than ever. This show’s look into her life, marriage, and trailblazing career as she transformed the way we talk about food is an absolute delight,” said Sarah Aubrey, Head of Original Content, HBO Max. “Our incredible cast and formidable creative team are a recipe for success, and we couldn’t be more excited.”

“We’re delighted to expand our relationship with HBO Max by teaming with our production partners at 3 Arts on JULIA, the complex and compelling story of the celebrated chef, author and TV personality who almost single-handedly invented the world of food television,” said Jocelyn Sabo, Lionsgate Television Group Senior Vice President. “Combining an extraordinary creative team, powerhouse cast and timely subject matter, the series has all the ingredients to resonate with HBO Max audiences for years to come.”

JULIA is produced by Lionsgate and 3 Arts Entertainment. Chris Keyser (“The Society”) will serve as showrunner as well as executive produce along with 3 Arts Entertainment’s Erwin Stoff (“Edge of Tomorrow”). Charles McDougall, Daniel Goldfarb and 3 Arts’ Kimberly Carver will also executive produce. Todd Schulkin is a Consulting Producer on behalf of The Julia Child Foundation for Gastronomy and the Culinary Arts.

About Lionsgate:
Combining the STARZ premium global subscription platform with world-class motion picture and television studio operations, Lionsgate (NYSE: LGF.A, LGF.B) brings a unique and varied portfolio of entertainment to consumers around the world. Its film, television, subscription and location-based entertainment businesses are backed by a 17,000-title library and the largest collection of film and television franchises in the independent media space. A digital age company driven by its entrepreneurial culture and commitment to innovation, the Lionsgate brand is synonymous with bold, original, relatable entertainment for the audiences it serves worldwide.

About 3 Arts Entertainment:
3 Arts Entertainment is a talent/literary management and production company, with 26 years of experience. We have offices in Beverly Hills and New York and have clients in the TV and Film Lit world, acting world, hosting world, branded areas, digital media and more. Our clients range from personalities like Jessica Alba and Chrissy Teigen to movie stars like Chris Evans, Rob Pattinson, Tina Fey, Amy Poehler, Kevin Hart and Craig Robinson to TV stars like Mindy Kaling and Debra Messing, among many others. 3 Arts also represents some of the greatest writers and directors in the business, such as Greg Daniels, Mike Judge and Francis Lawrence. We currently executive produce over 30 shows on the air. Some of our shows include: “It’s Always Sunny in Philadelphia,” “Master of None,” “Unbreakable Kimmy Schmidt,” “Insecure,” and “Brooklyn Nine-Nine.”