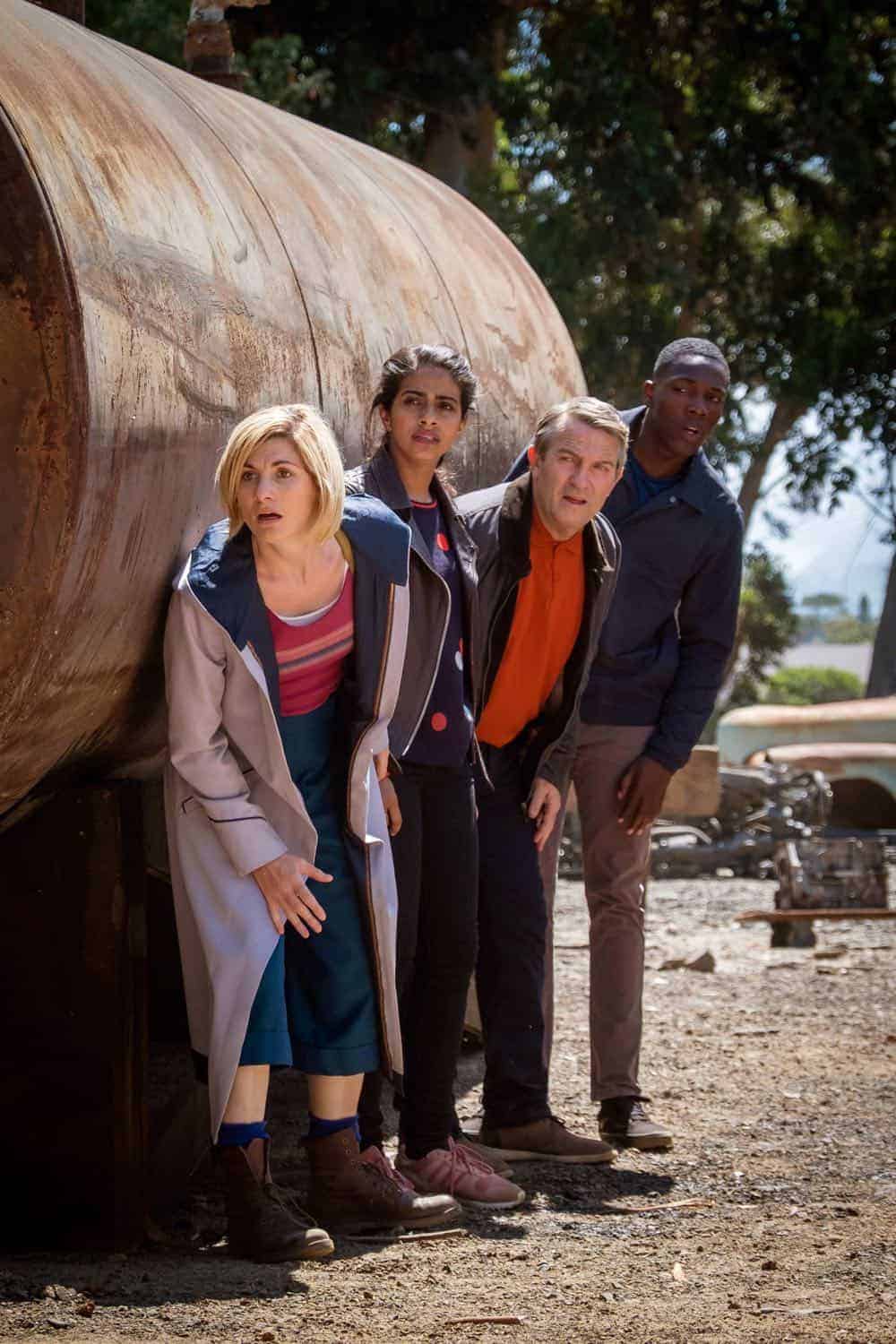 HBO Max adds to its arsenal of strategic, fan-favorite acquisitions by securing the exclusive streaming rights to BBC’s longest running global franchise, “Doctor Who.” All 11 seasons of the British sci-fi hit drama will be available on WarnerMedia’s streaming service at launch in spring 2020, marking the SVOD premiere of season 11. As part of HBO Max’s new long-term deal with BBC Studios, the streamer will also be the exclusive SVOD home for future seasons after they air on BBC AMERICA.

In addition to “Doctor Who,” HBO Max has licensed 700 episodes of iconic BBC series such as “The Office,” “Top Gear,” “Luther,” and “The Honorable Woman.”

“‘Doctor Who’ is one of television’s all-time, most beloved series, on both sides of the pond, and we are happy to be the exclusive streaming stewards for this BBC gem” said Kevin Reilly, Chief Content Officer, HBO Max and president, TNT, TBS, and truTV. “Another series to further define the high-quality content experience consumers can expect from HBO Max.”

“As any ‘Doctor Who’ fan knows, the iconic TARDIS is ‘bigger on the inside’ – and it’s a good thing because the TARDIS is about to welcome a whole new slew of fans coming to the show through this deal with HBO Max,” said Nigel Gaines, Interim President, BBC Studios – Americas. “HBO Max’s ambitious content line-up is the perfect complement to the ‘Doctor Who’ global franchise, in addition to some of our most award-winning and game-changing UK dramas and comedies.”

“’Doctor Who’ is a program like no other – an incredibly rich world of stories, packed with adventure, regeneration, heart (two actually) and hope. Our audience is incredibly dedicated and engaged, and we can’t wait to work with HBO Max to tell our stories from across all of time and space,” said Sally de St Croix, Doctor Who Global Franchise Director.

In addition to these iconic shows, the deal also includes new titles “Pure”, “Trigonometry”, “Stath Lets Flats”, “Home” and “Ghosts” which will all be available exclusively to HBO Max upon launch of the service.

In addition to HBO Max’s vast selection of beloved library titles, the service will also feature the entire HBO library of hits including fan favorites “The Sopranos,” “Sex and the City,” “Veep,” and “Game of Thrones,” as well as previously announced acquisitions “The Fresh Prince of Bel-Air,” “Pretty Little Liars,” and all 236 episodes of “Friends.”

HBO Max will also be the exclusive out-of-season streaming home to a string of new Warner Bros. produced dramas for The CW, including the highly-anticipated new DC series “Batwoman” and “Katy Keene” (spinoff of “Riverdale”). The streamer will also be home to the critically acclaimed DC series “Doom Patrol,” with the first-season available at launch and new episodes set to debut simultaneously on DC Universe and HBO Max.

HBO Max is also developing a strong originals slate with film and television projects geared toward all audience segments in the home.

On the film side, HBO Max has secured exclusive movie production deals with Greg Berlanti, one of Hollywood’s most prolific and successful producers, and Reese Witherspoon, Academy Award® and Emmy Award®-winning actress and producer. Berlanti will produce an initial four movies focused in the young adult space, while Witherspoon’s Hello Sunshine will produce at least two films.

Highlights of HBO original programming previously announced for 2020 and 2021 that will be part of HBO Max include: