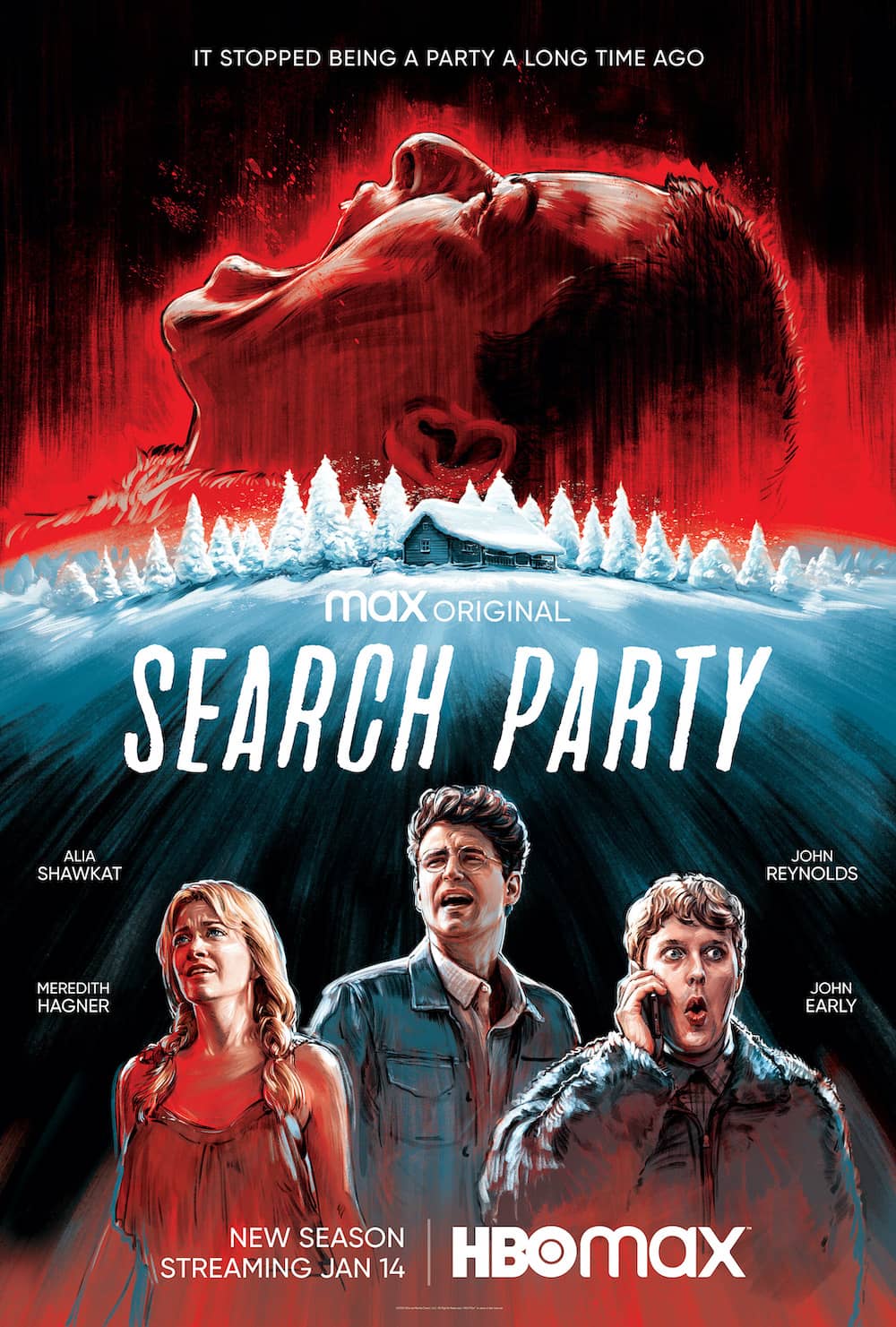 The new season of the comedy thriller premieres on Thursday, Jan. 14 with three episodes. The season continues with another three episodes on Jan. 21 and the final four episodes drop on Jan. 28.

In SEARCH PARTY season four, Dory (Alia Shawkat) is held prisoner by her psychotic stalker Chip (Cole Escola), who is determined to make Dory believe that they are best friends. Meanwhile, Portia (Meredith Hagner) is starring in a film about the trial, although not as herself; Elliott (John Early) has switched party lines to become a far-right conservative talk show host; and Drew (John Reynolds) is trying to escape his dark past by working as a costumed cast member in a theme park. As the friends begin to connect the dots that Dory might not be touring Europe as her faked social media suggests, they must decide whether to put their traumatic pasts behind them and once again become a search party – but this time, for Dory. SEARCH PARTY is executive produced by Sarah-Violet Bliss, Charles Rogers, Michael Showalter, and Lilly Burns and Tony Hernandez for Jax Media.