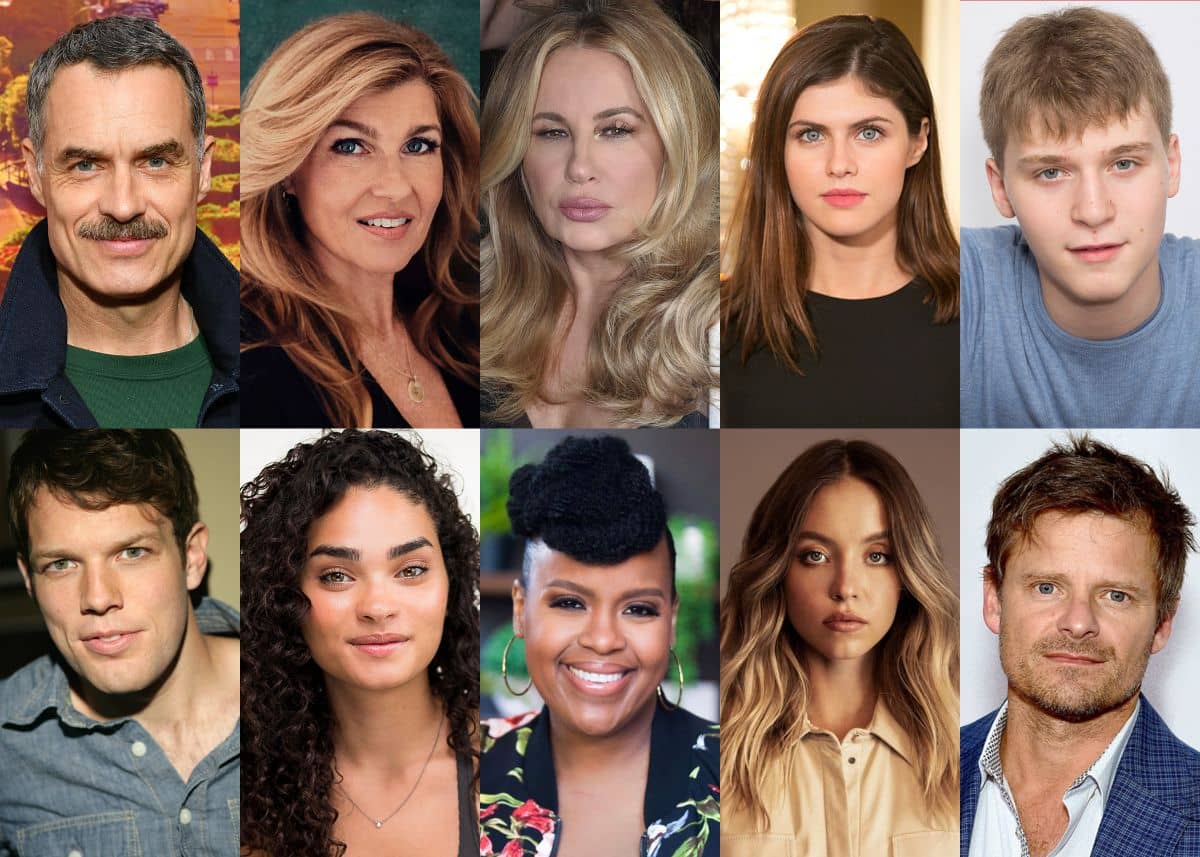 Created, executive produced, written and directed by Mike White (HBO’s “Enlightened”), the HBO limited series THE WHITE LOTUS begins production this month on location in Hawaii, filming under strict COVID-19 guidelines, it was announced today by Francesca Orsi, Executive Vice President, HBO Programming. The six-episode series will be available on HBO and to stream on HBO Max.

A social satire set at an exclusive tropical resort, THE WHITE LOTUS follows the exploits of various guests and employees over the span of a week.

“Mike is an unparalleled talent whose groundbreaking work has transformed both the film and TV space,” said Orsi. “We couldn’t be happier to collaborate with him again on yet another hilarious and perceptive piece that exposes the complexities of life and humanity itself.”

“It’s beyond exciting to return to HBO with this project and such an incredible cast,” said White. “I am very grateful to everyone who has made it possible for us to bring our little bubble to Hawaii, a place I am proud to think of as a second home.”

Murray Bartlett can be seen starring opposite Laura Linney and Ellen Page in Netflix’s revival series “Tales of the City.” Murray recently made his Broadway debut in the revival of David Henry Hwang’s Tony Award-winning drama, “M. Butterfly” directed by Julie Taymor, starring opposite Clive Owen. He is known for his work as “Dom” on the HBO/Andrew Haight series and subsequent feature film, “Looking”. Just prior he shot the lead in Jason Saltiel’s independent film, “Beach House” opposite Willa Fitzgerald. Murray recurred recently on “Limitless” for CBS, and on “Iron Fist” for Netflix.

Connie Britton, the four-time Emmy-nominated actress, most recently starred in the first season of Bravo’s “Dirty John,” for which she served as an Executive Producer and the role earned her a Golden Globe Nomination. Britton is best known for her Emmy-nominated starring roles on “Nashville” and “Friday Night Lights.” Her role on “Nashville” also earned her a Golden Globe nomination, she also served as an Executive Producer on the series. She received another Emmy nomination for her starring role in the first installment of “American Horror Story.” Additional television credits include: “9-1-1,” “SMILF,” “American Crime Story: The People v. O.J. Simpson,” “Spin City,” “24” and “The West Wing.” In film, Britton will next be seen in “Promising Young Woman” and “Good Joe Bell,” which premiered at Sundance this past fall.

Jennifer Coolidge is best known for her roles in cult-classics like “Legally Blonde” and “American Pie.” Her upcoming work includes the voice of Dr. Nancy on the HBO Max series “The Fungies!” produced by Cartoon Network Studios. Her recent work also includes “Like a Boss,” co-starring Tiffany Haddish and Rose Byrne and “Promising Young Woman” opposite Carey Mulligan. Coolidge has also made several scene-stealing appearances in films like “Best in Show,” “A Mighty Wind,” “For Your Consideration,” “A Cinderella Story,” “Pootie Tang,” “Zoolander” and “Napoleon Dynamite.” On television, she has appeared on HBO’s “Sex and the City,” “Friends,” “Nip/Tuck,” “Party Down,” “The Secret Life of the American Teenager,” “Glee,” “Inside Amy Schumer,” “2 Broke Girls” and more. She has also voiced animated characters, performed on Broadway and toured her standup act in front of live audiences. Originally from Boston, Coolidge studied at the American Academy of Dramatic Arts in New York City and was a nine-year veteran of The Groundlings comedy troupe in Los Angeles.

Alexandra Daddario garnered critical, fan and viral attention with her breakout role in the first season of the Emmy®-nominated HBO series, “True Detective” alongside Woody Harrelson and Matthew McConaughey. She also starred in the Warner Bros/New Line epic summer blockbuster, “San Andreas” opposite Dwayne Johnson, with the sequel, “San Andreas 2,” again featuring Daddario at the forefront. Other credits include “Can You Keep A Secret?” based on the New York Times bestseller by Sophie Kinsella, in which she starred and served as executive producer; “Lost Girls and Love Hotels,” directed by William Olsson; and “Baywatch” with Dwayne Johnson and Zac Efron. Upcoming projects include “Songbird” with Demi Moore and “Happy Life” directed by David Stassen. In 2017, Daddario was named one of Marie Claire’s “Fresh Faces” and was ranked #4 on IMDb’s list of Top 10 Stars. A New York City native, she currently resides in Los Angeles, CA.

Fred Hechinger is fast-emerging as one of the most in-demand and versatile actors of his generation. He can soon be seen co-starring opposite Tom Hanks in “News of the World” from filmmaker Paul Greengrass. He will also share the screen with Amy Adams, Gary Oldman and Julianne Moore in Netflix’s “The Woman in the Window,” directed by Joe Wright from a screenplay by Tracy Letts. He will star as one of the central characters in Netflix’s “Fear Street” trilogy directed by Leigh Janiak. Hechinger recently wrapped production on Amazon’s limited series, “The Underground Railroad,” adapted and directed by Barry Jenkins. He can currently be seen opposite Will Ferrell and William Jackson Harper in the acclaimed short film “David,” which recently played the 2020 Toronto International Film Festival. Other credits include Bo Burnham’s Golden Globe-nominated comedy “Eighth Grade” from A24; Craig Johnson’s teen rom-com “Alex Strangelove;” and drama film “Human Capital” opposite Liev Schrieber, Peter Sarsgaard and Marisa Tomei. Hechinger, who came of age in New York City and continues to reside there, is currently a student at Harvard University.

Jake Lacy most recently starred opposite Zoë Kravitz in the Hulu series “High Fidelity” and in the FX limited series “Mrs. America.” He also starred in FX’s “Fosse/Vernon” with Michelle Williams and Sam Rockwell; opposite Mary Kay Place in “Diane” directed by Kent Jones; Netflix’s “Otherhood;” romantic comedy film “Ode to Joy” opposite Martin Freeman; and Showtime’s “I’m Dying Up Here.” Lacy’s other film credits include “Rampage,” “Johnny English III,” “Miss Sloan,” “Their Finest Hour and a Half,” “How to Be Single,” “Carol,” “Love The Coopers” and “Obvious Child,” among others. His best known TV roles are as Fran in the final season of HBO’s “Girls” and as Pete on the final season of NBC’s “The Office,” which earned him and the rest of the cast a Screen Actors Guild Award nomination for best Ensemble in a Comedy in 2013. Jake Lacy was raised in Vermont and graduated from North Carolina School of the Arts.

Brittany O’Grady, a dynamic and versatile performer, is emerging as one of the entertainment industry’s brightest talents. Most recently, Brittany starred in Apple TV+’s “Little Voice” from JJ Abrams and Sara Bareilles, in which she portrayed Bess King, a young aspiring singer-songwriter trying to make a living in New York City. Other recent work includes Lee Daniels’ Fox series “Star” and Sophia Takal’s film “Black Christmas” for Blumhouse alongside Imogen Poots and Cary Elwes. Other credits include the Philip Noyce feature “Above Suspicion” opposite Emilia Clarke and a recurring role on CW series “The Messengers.” O’Grady currently resides in Atlanta.

Natasha Rothwell has been a series regular and producer on HBO’s “Insecure” for the last five years, for which she was nominated for a 2019 NAACP Image Award. She previously wrote for “Saturday Night Live” and has written screenplays for Netflix, Paramount and HBO Max. Additional acting credits include “Brooklyn Nine-Nine,” “Bojack Horseman,” “Bob’s Burgers,” “American Dad,” “The Simpsons,” “Love, Simon,” “Sonic the Hedgehog” and the forthcoming “Wonder Woman 1984.”

Sydney Sweeney currently stars in Amazon’s “Nocturne” and can be seen in HBO’s “Euphoria.” Previous credits include HBO’s “Sharp Objects,” season two of Hulu’s “The Handmaid’s Tale” and Netflix’s “Everything Sucks!” She recently launched Fifty-Fifty Films production company, partnering with award-winning producer Jean-Marc Vallée on her first endeavor, “The Players Table.” Sweeney will star in Amazon’s “The Voyeurs” and the television adaptation of Jessica Goodman’s forthcoming debut novel, They Wish They Were Us. Last year, she appeared in David Robert Mitchell’s neo-noir, “Under the Silver Lake,” which premiered in competition at Cannes in 2019. Other film credits include “Big Time Adolescence” and “Once Upon a Time in Hollywood.”

Steve Zahn can soon be seen in the feature films “Uncle Frank” as well as “Cowboys,” for which he won Best Actor at the Tribeca Film Festival. Recent television work includes the acclaimed series “The Good Lord Bird” and “Valley of the Boom”. Other television credits include four seasons on the hit HBO series “Treme,” ABC’s “Mind Games,” in which he led opposite Christian Slater, “Comanche Moon” alongside Val Kilmer and Rachel Griffiths, “Modern Family” and “The Crossing.” Previous film credits include “War for the Planet of the Apes,” “Where’d You Go, Bernadette,” “Rescue Dawn,” “Captain Fantastic” and “Dallas Buyers Club.”