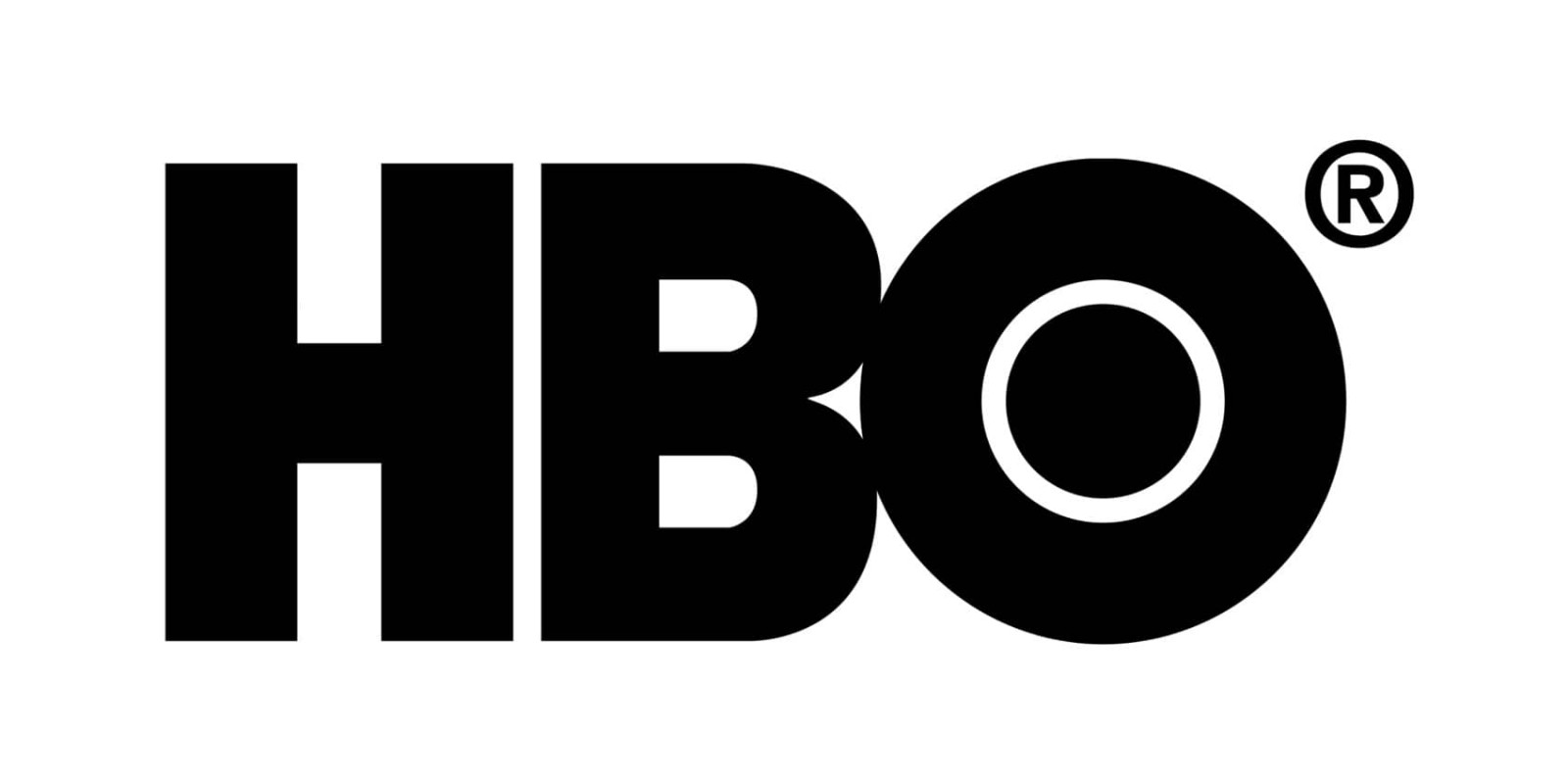 HBO announced today a series order for THE BABY, a darkly comic horror series from debut screenwriter Siân Robins-Grace (“Kaos,” “Sex Education”). The HBO and Sky co-production is co-created by Robins-Grace and Lucy Gaymer (Production Manager for “Gangs of London,” “Liar”) and produced by SISTER and Proverbial Pictures. THE BABY is a funny, raw examination of motherhood as an institution: a set of unspoken rules that affect women differently depending on how they’re viewed by society. If you’re not scared by that, you should be.

When 38-year-old Natasha is unexpectedly landed with a baby, her life of doing what she wants, when she wants, dramatically implodes. Controlling, manipulative and with violent powers, the baby twists Natasha’s life into a horror show. Where does it come from? What does it want? And what lengths will Natasha have to go to in order to get her life back?

Terrifying and darkly comic THE BABY gleefully deconstructs the “joy of motherhood,” exploring the powerful anxiety of whether or not to have children, questioning who gets to choose “motherhood” and who doesn’t.

She doesn’t want a baby. The baby wants her.

“With THE BABY, we want to explore the powerful anxiety around the question of whether or not to have children,” said Siân Robins-Grace and Lucy Gaymer. “The ambivalence of not knowing, the bafflement at everyone else’s certainty and the suspicion that the whole thing is one millennia-long scam. We’re thrilled to be working with such a phenomenal team of producers to help us bring this weird baby into the world with HBO and Sky.”

“Siân and Lucy’s exploration of motherhood is as funny and resonant as it is twisted,” said Amy Gravitt, Executive Vice President, HBO Programming. “THE BABY gives voice to all the women who just don’t know. We’re thrilled to be partnering again with Jane Featherstone, Carolyn Strauss, and our friends at Sky.”

“THE BABY is by turns dark, comedic, and horrifying,” commented Cameron Roach, Director of Drama, Sky Studios. “The vision that Siân and Lucy are bringing to life is truly unique.”

“We are so inspired by the horrific and hilarious vision that Siân and Lucy have for THE BABY and fell in love with Siân’s script the moment we read it. Natasha and the baby are two rare beings who we can’t wait to bring to life,” noted the SISTER Team.

The eight-episode first season will be produced by SISTER and Proverbial Pictures and Executive Produced by Jane Featherstone (“Chernobyl,” “Giri/Haji,” “The Split”), Carolyn Strauss (“Chernobyl,” “Game of Thrones”), Naomi de Pear (“The Power,” “Don’t Forget the Driver,” “Flowers”), Katie Carpenter (“Landscapers,” “The Bisexual, Flowers”) and Siân Robins-Grace. Joining the female-led creative team as producer is Lucy Gaymer. THE BABY is Robins-Grace’s screenwriting debut, following her work on critically acclaimed hit “Sex Education,” which she developed with Creator Laurie Nunn. The series is a co-production between HBO and Sky and will be filmed in the UK in 2021.

ABOUT SIÂN ROBINS-GRACE
Siân acted as Co-Executive Producer for showrunner Charlie Covell on her upcoming Netflix series Kaos. Prior to this Siân worked at Eleven as Head of Development where she developed the hit Netflix series Sex Education with Creator Laurie Nunn.

ABOUT HBO
HBO is one of the most respected and innovative entertainment brands in the world, serving iconic, award-winning programming to 140 million subscribers globally. A subsidiary of WarnerMedia, HBO is the world’s most successful pay TV service with an extensive array of programming that includes some of the most notable titles to be on television, including drama series Succession®, Watchmen®, Westworld®, Big Little Lies®, Game of Thrones®, The Sopranos®, Band of Brothers® and The Wire®, as well as comedy series Barry®, Insecure® and Sex and the City®. In the United States, HBO® and sister network Cinemax® are available across multiple platforms including HBO On Demand®, Cinemax On Demand®, HBO GO® and MAX GO®, as well as HBO NOW®. Internationally, HBO branded services, including television networks and the standalone streaming product HBO GO®, are available in more than 70 countries across Asia, Europe, Latin America and the Caribbean. HBO and Cinemax programming is also sold into more than 150 countries worldwide.

ABOUT SKY
With 24 million customers across seven countries, Sky is Europe’s leading media and entertainment company and is proud to be part of the Comcast group. Our 32,000 employees help connect our customers to the very best entertainment, sports, news, arts and to our own local, original content.

Following the success of Sky originals like “Chernobyl,” we plan to double our investment in original content by 2024. We’re also developing a new TV and movie studio, Sky Studios Elstree, which is expected to lead to the creation of over 2,000 new jobs and generate an additional £3 billion of production investment in UK creative sector in the first five years alone.

Our technology allows customers to watch what they want, when they want, how they want, and as we connect millions of families to content they love, we believe it is our responsibility to do it safely. That’s why we offer services like Sky Broadband Buddy and the Sky Kids app. And our online streaming service, NOW TV, brings viewers all the enjoyment of Sky with the flexibility of a contract-free service.

We also believe that a company of our scale has a responsibility that goes beyond our business, and into the community. We recently announced a series of commitments to help tackle racial injustice and improve diversity and inclusion. To ensure the commitments are delivered, Sky will invest £10million per year across its markets for each of the next three years. We’re committed to being Europe’s first net zero carbon entertainment company by 2030 – two decades before we have to – and we’re an inclusive employer recognised by The Times and Stonewall for our commitment to diversity.

ABOUT SISTER
SISTER was co-founded by Elisabeth Murdoch, Stacey Snider and Jane Featherstone to develop, produce and invest in visionary storytellers. SISTER builds upon Featherstone’s Emmy Award-winning scripted indie, Sister Pictures, as a new global entity with offices in London and LA. It unites the expertise of the founders alongside a team of renowned creatives to make breakout stories for multiple platforms. Adding to the success of a slate of hit shows including Chernobyl (Sky/HBO) and Giri/Haji (BBC/ Netflix), SISTER is currently producing adaptations of Naomi Alderman’s literary phenomenon The Power for Amazon Studios and Adam Kay’s international best seller, This is Going to Hurt for BBC and AMC. Additionally, SISTER is making Landscapers for Sky and HBO in association with South of the River Pictures and The Jungle Prince of Delhi for Amazon Studios. SISTER also has the rights to adapt Oprah Winfrey’s Book Club pick Deacon King Kong by James McBride. SISTER has made investments in new creator-led businesses including The Springhill Company, founded by LeBron James and Maverick Carter, Campside Media, a podcast studio, and AWA Studios, a comic book and digital media publisher.