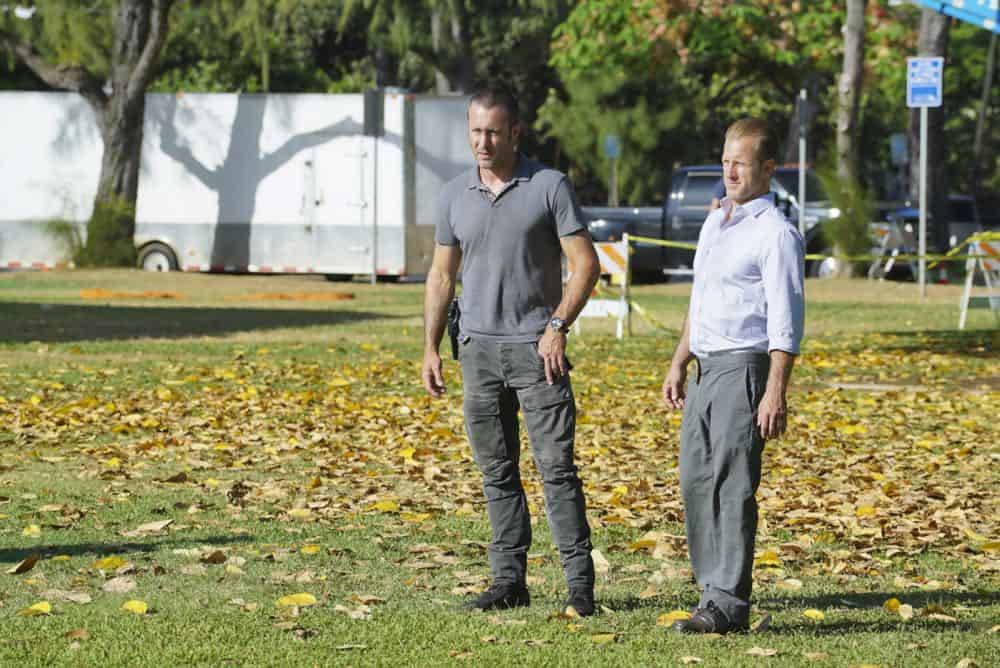 HAWAII FIVE-0 Season 9 Episode 3 Photos – “Mimiki ke kai, ahuwale ka papa leho” – Crime spikes when a heat wave hits Oahu, causing McGarrett and Danny to hunt down a bank thief, and Tani and Junior’s car is stolen while they’re on duty. Also, Grover plays the golf game of a lifetime, and Kamekona incites a riot by price-gouging on his shave ice, on HAWAII FIVE-0, Friday, Oct. 12 (9:00-10:00 PM, ET/PT) on the CBS Television Network.

(“Mimiki ke kai, ahuwale ka papa leho” is Hawaiian for “When the Sea Draws Out the Tidal Wave, the Rocks Where the Cowries Hide Are Exposed”)