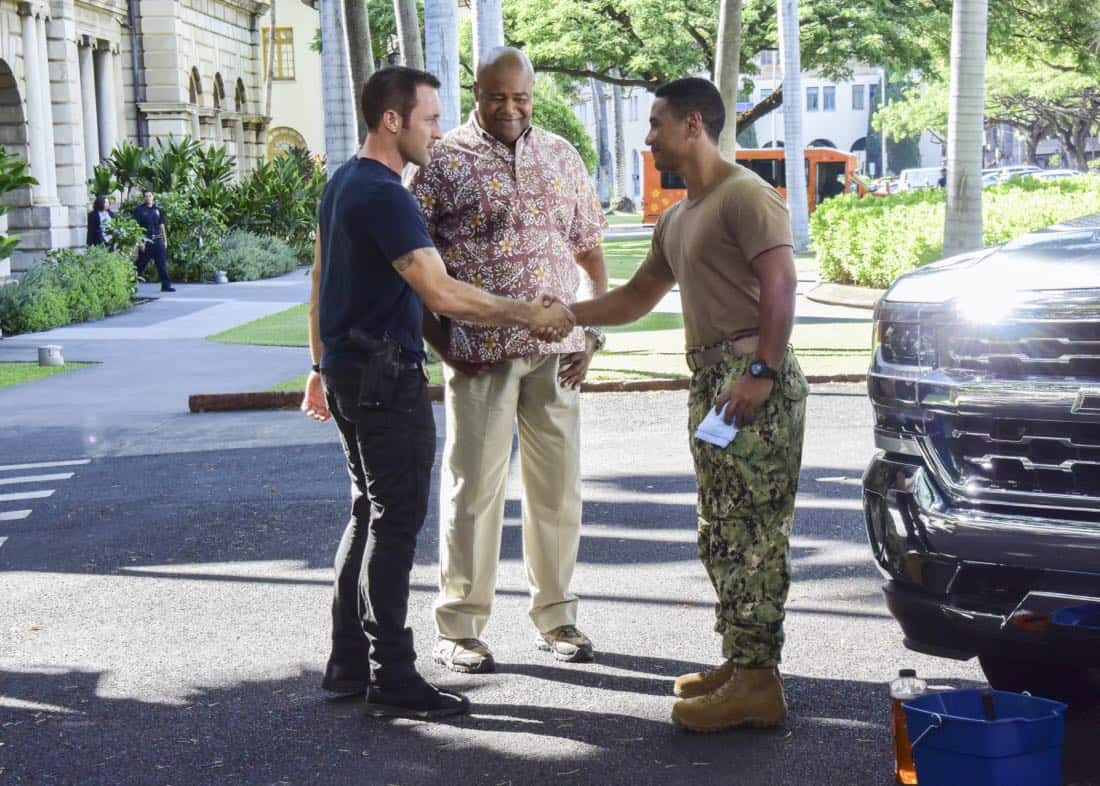 “Nā lā ‘īlio” – McGarrett and Five-0 work with an injured police dog who is the only witness to an ambushed drug bust. Also, McGarrett is visited by Junior Reigns, a former SEAL, who is looking to join the task force, on HAWAII FIVE-0, Friday, Oct. 13 (9:00-10:00 PM, ET/PT) on the CBS Television Network. Beulah Koale joins the cast as Junior Reigns.