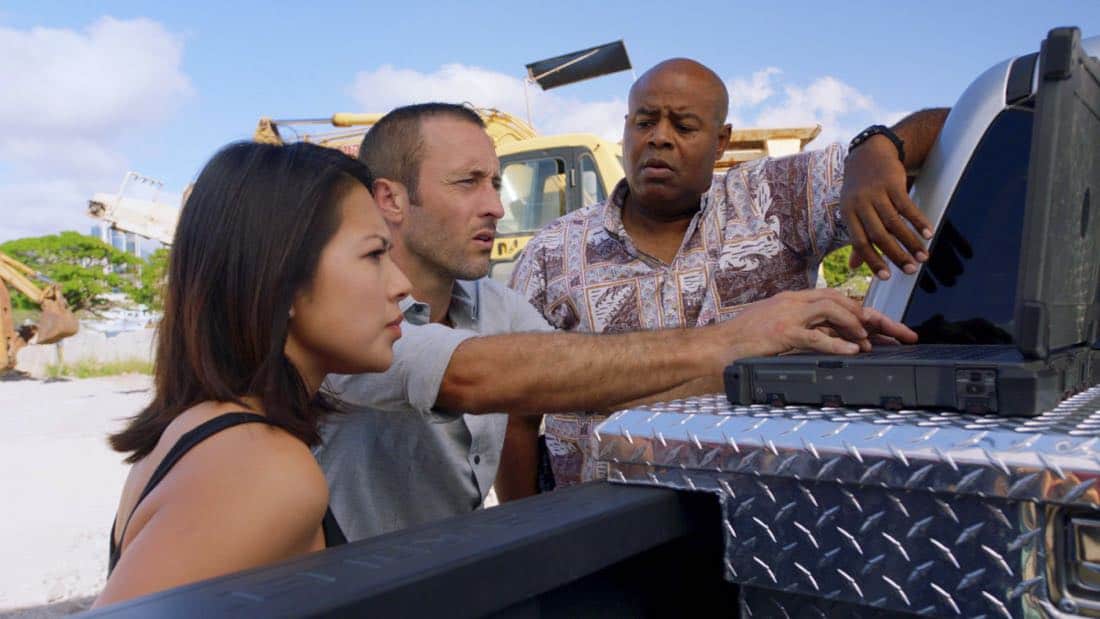 “E ho’okō kuleana” – The ex-wife of the man who shot Danny comes to Oahu and reveals how Danny’s protection during a dangerous domestic dispute when he was in New Jersey helped save her life. Also, Tani and Junior are assigned to walk the beat as uniformed officers for the day, and Adam is framed for the murder of the crime boss he has been tracking, on HAWAII FIVE-0, Friday, March 30 (9:00-10:00 PM, ET/PT) on the CBS Television Network. The episode was directed by series star Alex O’Loughlin. Jimmy Buffett returns as Frank Bama. HAWAII FIVE-0 Season 8 Episode 18 Photos.