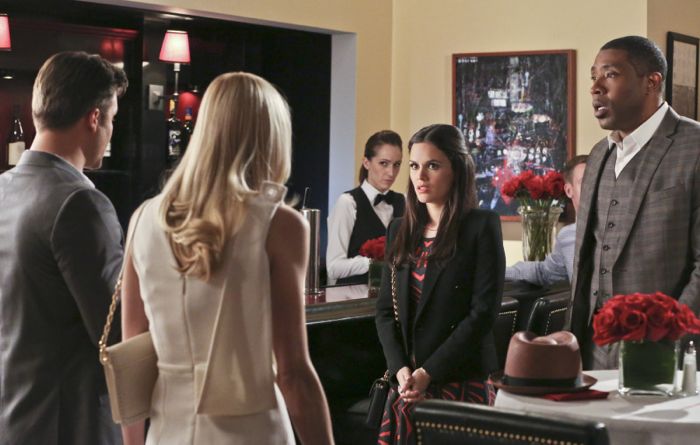 HART OF DIXIE Episode 3.17 Photos A Good Run of Bad Luck : BARRY WATSON GUEST STARS — Zoe (Rachel Bilson) is convinced that she and Lavon (Cress Williams) are cursed and the only way to make things right is to fix the past.  When Vivian’s (guest star Lauren Bittner) son (guest star Cole Sand) asks Wade (Wilson Bethel) for some advice, he is happy to help, but not everyone is excited about his methods.  After an unplanned encounter, George (Scott Porter) and Lemon (Jaime King) try to avoid each other, but it is more difficult now that they are business partners.  Meanwhile, AnnaBeth (Kaitlyn Black) is getting fed up with one of Brick’s (Tim Matheson) patients, Davis (guest star Barry Watson), until she learns the real reason behind his ailments.  Ricardo Mendez Matta directed the episode written by Sarah Kucserka and Veronica West (#317).