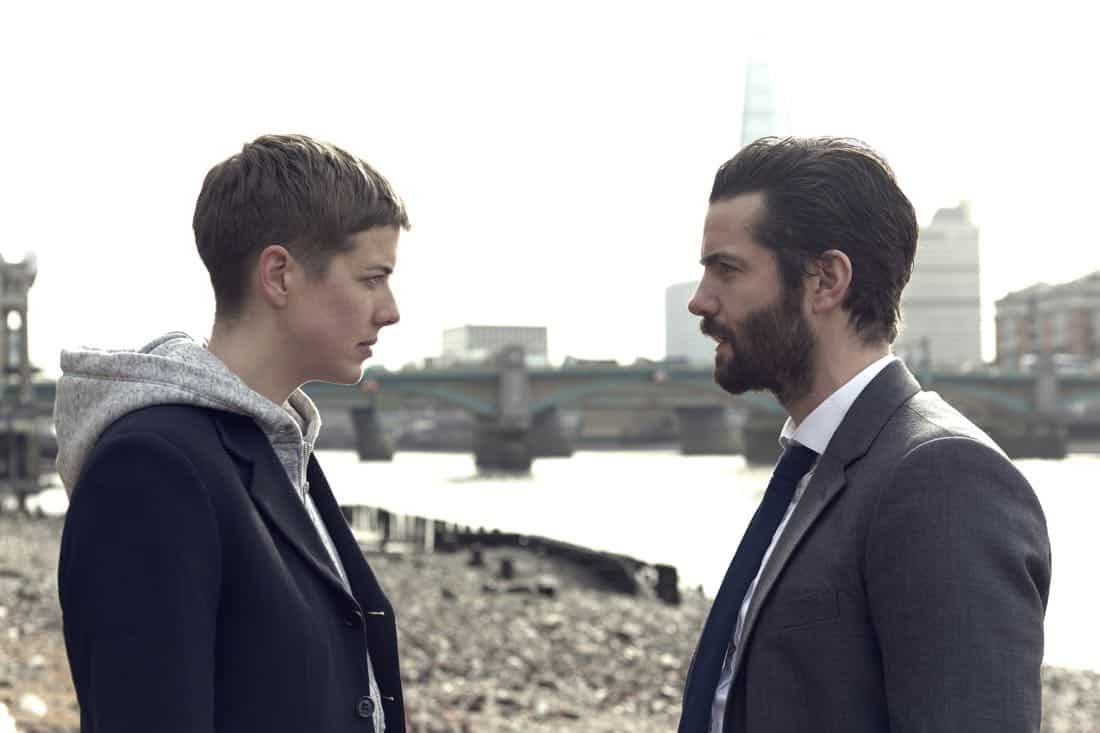 S1 E1 ‘The Sun, The Moon, The Truth’ Original Streaming Date: March 7, 2018 Malcontent police detective, DCI Charlie Hicks is deeply suspicious of his new partner DI Elaine Renko. But their first investigation into what seems like a straightforward case of suicide exposes a state secret that will connect them for life. HARD SUN Season 1 Episode 1 Photos The Sun, The Moon, The Truth.

Jim Sturgess and Agyness Deyn play detectives Charlie Hicks and Elaine Renko, partners and enemies, who seek to enforce the law and protect their loved ones in a world that every day slips closer to a world-ending natural disaster. Hicks is a family man and a great, committed officer. He’s also profoundly corrupt. Renko is a difficult and damaged, but utterly incorruptible officer. Thus, the two cops stand on different ends of the social and moral spectrum and also seriously distrust one other – and for good reason. But they must somehow learn to work together if they’re going to survive until the end of the world.