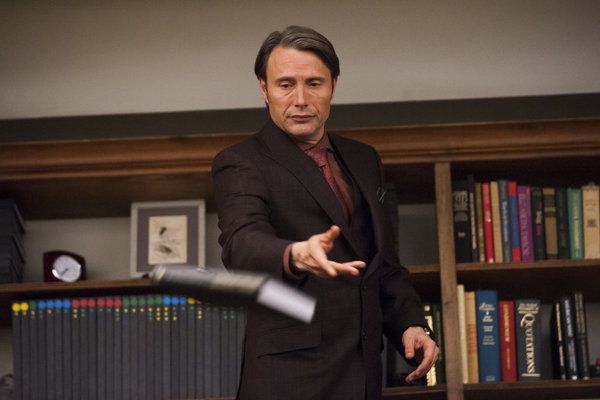 HANNIBAL Season 1 Episode 4 Coquilles Photos : Will Graham (Hugh Dancy) and the BAU team track a serial killer whose bloody ritual includes cutting the victims’ back flesh and stretching it to look like angel wings. Returning to the field weighs heavily on Will’s psyche and Hannibal (Mads Miikkelsen) tries to drive a wedge between Will and Jack (Laurence Fishburne). Meanwhile, Jack Crawford’s wife Bella (Gina Torres) pulls away from him and begins seeing Hannibal as her therapist, in an effort to come to terms with the fact she is dying. Beverly (Hettienne Park) tries to connect with Will on a more personal level. Also starring Caroline Dhavernas, Aaron Abrams, Scott Thompson.