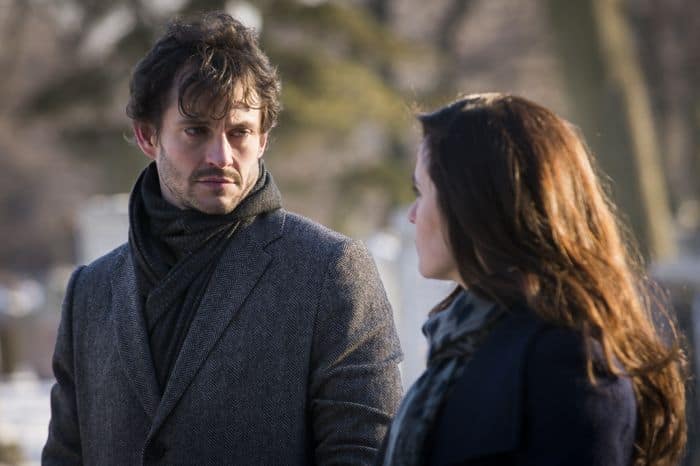 HANNIBAL Episode 2.11 Photos Ko No Mono : JACK AND THE TEAM LEARN THE TRUTH ABOUT FREDDIE LOUNDS’ DISAPPEARANCE, WHILE THE LIVES OF WILL (HUGH DANCY) AND HANNIBAL (MADS MIKKELSEN) GET FUTHER ENTANGLED WITH MASON (MICHAEL PITT) AND MARGOT (KATHERINE ISABELLE)The truth of Freddie Lounds’ disappearance is discovered by Jack and his team. Alana expresses her concern over Will’s mental state, but he confuses her fears by encouraging her to arm and protect herself. Mason Verger suspects that his sister, Margot, is plotting to usurp him by getting pregnant with an heir. Hannibal reveals to Will how much Abigail reminded him of his sister, making it even harder for Will to understand why she had to die.Also starring Caroline Dhavernas, Aaron Abrams and Scott Thompson.