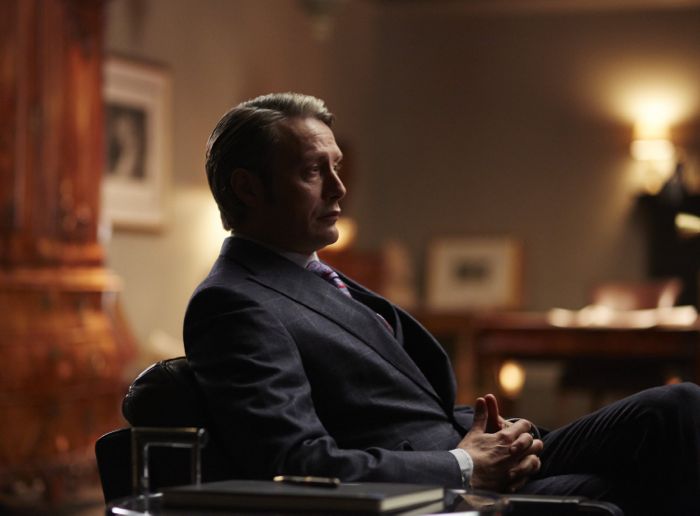 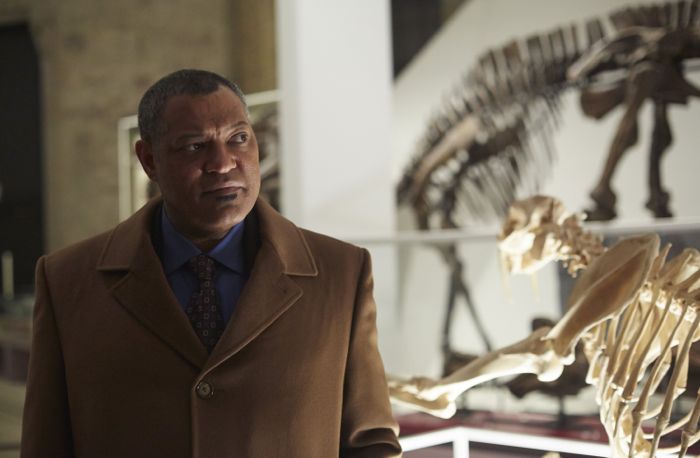 HANNIBAL Episode 2.09 Photos Shiizakana : THE GRISLY DISCOVERY OF A MAN’S BODY THAT HAS BEEN TORN TO SHREDS PROMPTS THE FBI TO INVESTIGATE AND DETERMINE WHETHER THE CULPRIT WAS MAN, BEAST… OR BOTH The FBI is called in to investigate the discovery of a truck driver’s body, seemingly torn apart by two separate species of animal working in tandem, neither of which consumed their kill. After one of his therapy sessions, Will (Hugh Dancy) meets Hannibal’s (Mads Mikkelsen) strange new patient, Margot Verger (Katherine Isabelle). Will and Margot compare notes on Hannibal and his unconventional advice. Continually encouraging his patients to revel in what they are, Hannibal aims to determine Will’s true self by sending him a test, the results of which surprise even Hannibal.Also starring Aaron Abrams, Scott Thompson and Jeremy Davies.