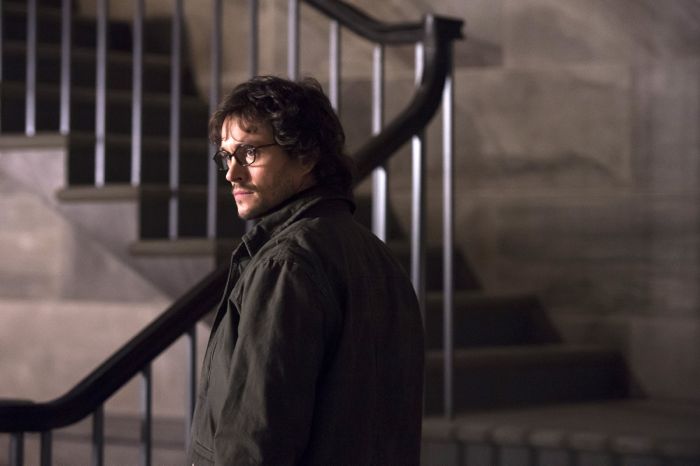 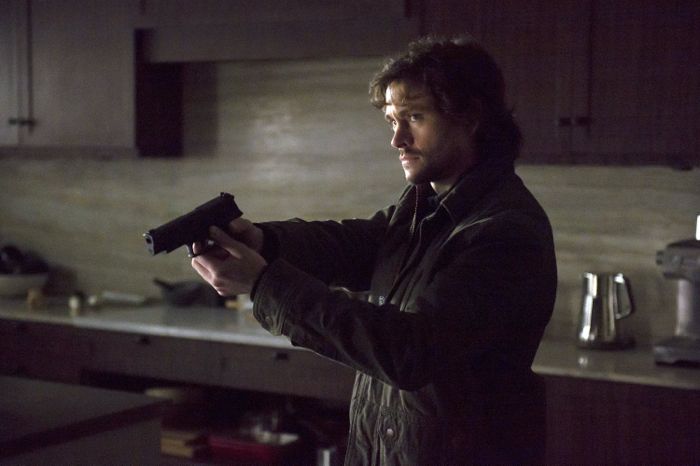 HANNIBAL Episode 2.07 Photos Yakimono : WILL (HUGH DANCY) IS RELEASED FROM CHILTON’S (RAÚL ESPARZA) ASYLUM, WHILE THE DISCOVERY OF MIRIAM LASS, GUEST STAR ANNA CHLUMSKY, GIVES JACK (LAURENCE FISHBURNE) NEW HOPE IN FINDING THE CHESAPEAKE RIPPERWhen Jack Crawford’s (Laurence Fishburne) star pupil Miriam Lass (Anna Chlumsky) is found alive, she becomes the FBI’s best hope to identifying the Chesapeake Ripper, but her foggy memory complicates the search. Evidence found at the site of Miriam’s rescue exonerates Will Graham (Hugh Dancy) of any involvement in the Ripper and Copycat cases, and he is released from the asylum. Will warns Dr. Chilton (Raúl Esparza) that he could be in danger due to his intimate knowledge of the Ripper case, but when Chilton tries to confide in Jack that he shares Will’s fears about Hannibal (Mads Mikkelsen), he is rebuffed—no evidence has been found against Hannibal, despite the FBI’s efforts. Meanwhile, Jack wastes no time in reinstating Will on the BAU team as they hunt for the Ripper. After introducing Will and Miriam to compare notes, Jack’s suspicions of Hannibal’s involvement continue to build. Only Miriam’s memory holds the key to unlocking the Ripper’s true identity, but can it be trusted? Also starring Caroline Dhavernas, Aaron Abrams, Scott Thompson, Raúl Esparza and Eddie Izzard.