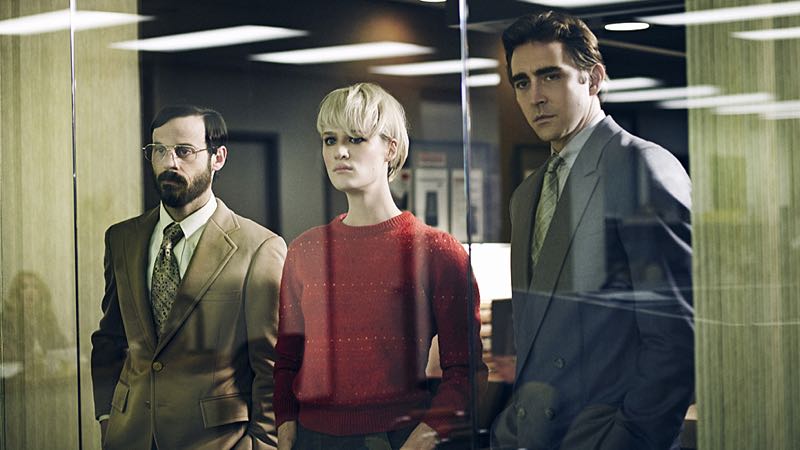 AMC announced today the season two premiere of “Halt and Catch Fire” on Sunday, May 31 at 10:00 p.m. ET/PT.  The series, which stars Lee Pace, Scoot McNairy, Mackenzie Davis and Kerry Bishé, will pick up in early 1985 and center on the rise of Mutiny, Cameron (Davis) and Donna’s (Bishé) start-up company that is built upon the most disruptive idea of the modern era—the Internet.  At the same time, Joe (Pace), Gordon (McNairy) and Bosworth (Toby Huss) will be caught up in their own “online” wave, remaking the tech landscape all around them, as they attempt to heal old wounds and deal with the fallout of season one. “Halt and Catch Fire’s” second season will explore themes that tap directly into the modern zeitgeist such as the thin line separating genius from self-delusion, the fragility of human connection, and everyone’s desire, especially in today’s tech-obsessed world, to leave a meaningful mark and do something that truly matters.

“To our passionate core audience and the critics who loved the show through Season One – we thank you sincerely for your support. Season Two won’t disappoint. We’re going to drill down even deeper into these characters we’ve created, to give you all the emotional and psychological depth you’ve come to expect from ‘Halt and Catch Fire,’ while at the same time evolving the show to be brasher and even more addictive,” said Jonathan Lisco, showrunner and executive producer of the series.

The complete first season of “Halt and Catch Fire” is available now through Tuesday, April 7 on AMC On Demand and AMC.com. Viewers will also be able to catch up on season one on Netflix beginning Wednesday, April 8.