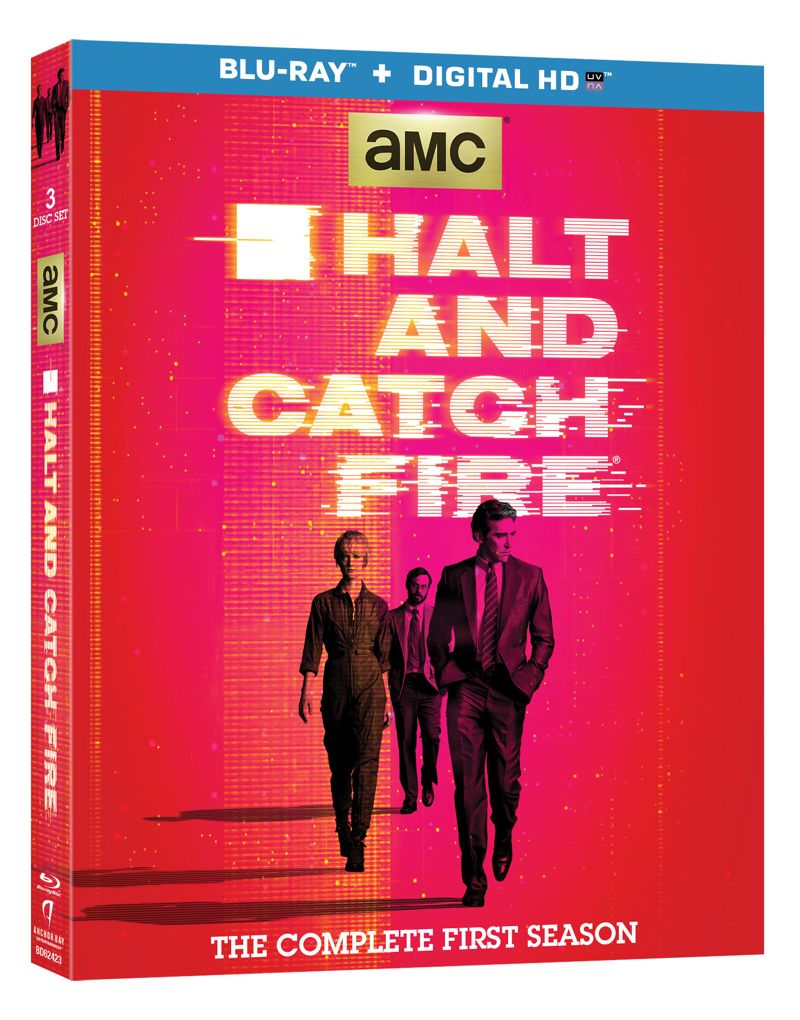 Seat42f and Anchor Bay Entertainment have teamed up to give TWO lucky winners a copy of HALT AND CATCH FIRE THE COMPLETE FIRST SEASON on Blu-ray. For a chance to win leave a comment below telling us why you want to add HALT AND CATCH FIRE THE COMPLETE FIRST SEASON to your Blu-ray collection. Only one entry per person. Contest ends May 18th. Winners will be notified on May 19 via email so make sure to use a valid email address when you post your comment.

On May 5th Anchor Bay Entertainment releases AMC’s compelling drama “Halt and Catch Fire: The Complete First Season” on Blu-ray™ + Digital HD and DVD. Available as a 3-disc set, “Halt and Catch Fire: The Complete First Season” contains all 10 episodes of the series that presents a fictionalized account of the early days of the personal computer creation and the tech heads who would soon create a revolution. The set also includes bonus features that give a behind-the-scenes look at the making of this smart series. SRP for Blu-ray™ + Digital HD is $59.99 and $49.98 for DVD.

“Halt and Catch Fire: The Complete First Season” is set roughly one year after IBM all but corners the market with the release of its first major product – the IBM PC. In this fictional drama, a former IBM executive, Joe MacMillan plans to reverse engineer the flagship product of his former employer and forces his current company, Cardiff Electric, into the personal computer race. MacMillan enlists the help of Gordon Clark, a once great engineer who dreams of creating a revolutionary product while trying to manage his initially unsupportive wife Donna, and Cameron Howe, a volatile prodigy who puts her future in jeopardy to join MacMillan’s rogue PC project. “Halt and Catch Fire” thrives on the spirit of innovation and explores what it’s like to stand at the forefront of something world-changing and work towards it, no matter the risk.