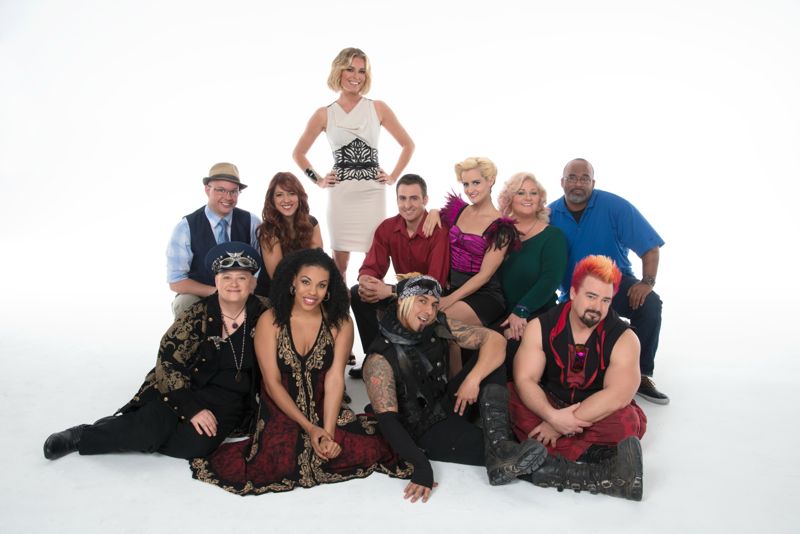 Coming off its most watched summer ever, GSN, the leader in game shows and competitive entertainment, announced today it has ordered a 10-episode second season of original hit series SKIN WARS, hosted by Rebecca Romijn (X-Men).

The news comes on the heels of a successful first season, with SKIN WARS delivering last Wednesday (9/24) the highest rated finale in GSN history.  Since the series’ premiere in August, audience growth elevated +63% (W18-49) and +42% (W25-54).  The first season of SKIN WARS was seen by more than 11.9 million total viewers (unduplicated) and nearly doubled the time period average among total viewers versus the year-to-date time period average.

Along with host, Romijn, returning judges for season two include RuPaul and body painting experts Craig Tracy and Robin Slonina.

“We are thrilled that young audiences tuned in to witness the astonishing work of these contestants,” said Amy Introcaso-Davis, executive vice president, programming, GSN. “‘Skin Wars’ represents GSN’s commitment to celebrate artistry through skill-based competition and we cannot wait for viewers to see what we have in store for them with season two.”

“The best part of hosting ‘Skin Wars’ has been getting to know these incredibly creative artists and helping to introduce their talents to a nationwide audience,” said Romijn.  “GSN has been instrumental in showcasing body painting as a true art form.”

“In the first season, the level of support we received from GSN was unparalleled,” said SKIN WARS executive producer Michael Levitt.  “I couldn’t be more pleased to be making this series for GSN and look forward to a ‘Skintastic’ season two!”