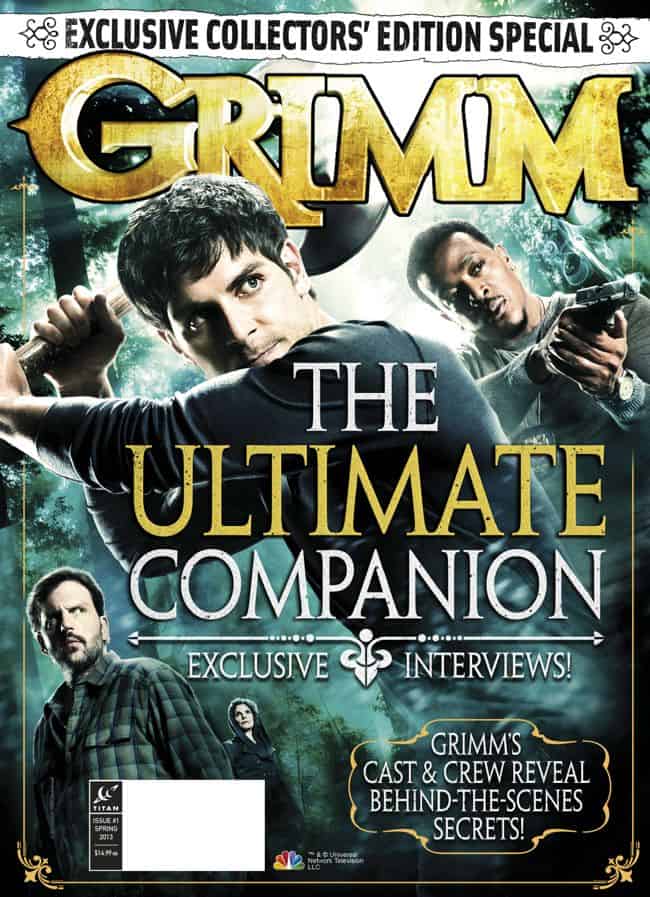 Following the success of NBC’s hit TV-show Grimm, Titan Magazines will publish two special collector’s edition magazines. Issue #1 hits newsstands on March 12, 2013 and will be the ultimate companion to the show.

Inspired by the classic Grimm Brothers’ fairy tales, NBC’s Grimm follows Portland Homicide Detective Nick Burkhardt (David Giuntoli, Turn the Beat Around). After he discovers he’s descended from an elite line of criminal profilers known as ‘Grimms,’ Nick increasingly finds his responsibilities as a detective at odds with his new responsibilities as a ‘Grimm.’

The producers provide insight on the show’s direction going forward, and the writers let us in on their secrets! Plus, find out what goes into the making of Grimm from the show’s special effects, costuming, stunts, and production design teams.

Issue #2 will be available in summer 2013 with more exclusive interviews, behind-the-scenes secrets and lots more!

Grimm Magazine issue #1 will be available on newsstands and in specialty comic book stores in the U.S. on March 12, in the U.K. on March 21 and Australia & New Zealand on April 27.

Issue #1 is available to preorder now! Click here to order.