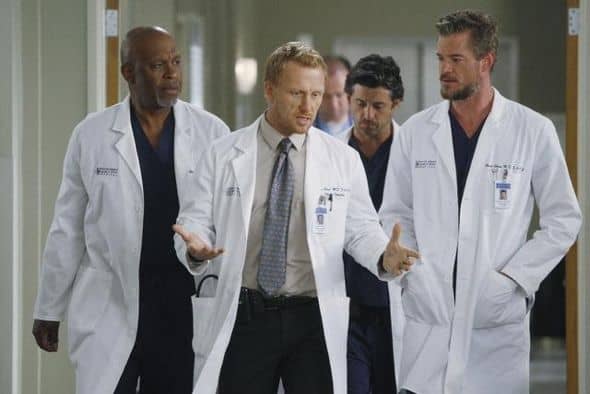 GREY’S ANATOMY Season 8 Episode 4 What Is It About Men Photos : “What Is It About Men” – The doctors of Seattle Grace are called upon to man up when a stampede at a comic book convention causes an influx of colorful characters in the ER-blurring the lines of fantasy and reality; Mark shows his softer side with baby Sofia when Arizona and Callie go out of town, but at work he continues to give Jackson a hard time; Ben returns to the ER, only to find that Nurse Eli has moved in on Bailey; and the male doctors bond over their frustrations with women, on a special all-boys episode of Grey’s Anatomy, THURSDAY, OCTOBER 6 (9:00-10:02 p.m., ET) on the ABC Television Network.