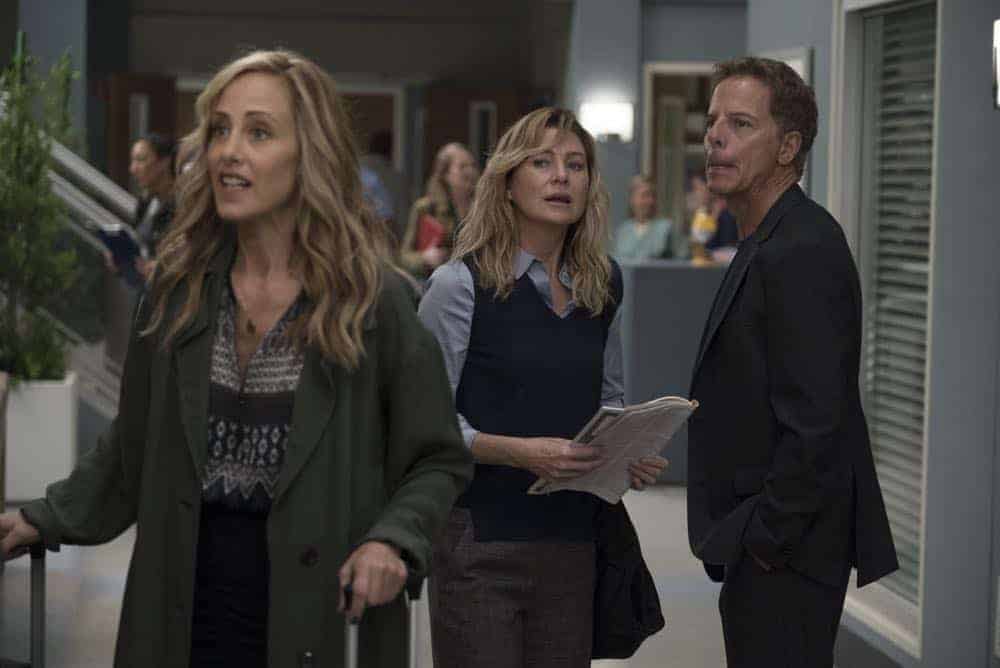 “With a Wonder and a Wild Desire”/”Broken Together” – During the first hour of the two-hour season premiere, the doctors at Grey Sloan Memorial vie for a new position. Meredith is seemingly distracted and struggles to stay focused, and Maggie finds herself the keeper of a big secret while Amelia and Owen try to figure out their relationship. Meanwhile, Jo and Alex’s honeymoon doesn’t go exactly as planned. GREY’S ANATOMY Season 15 Episode 1 Photos With a Wonder and a Wild Desire.

In the second hour, new doctors continue to shake up the hospital in typical Grey Sloan manner. Meredith bonds with a patient while Jackson struggles with the meaning behind recent experiences; and after making a life-changing decision, Jo forms an unexpected alliance.

“With a Wonder and a Wild Desire” was written by Krista Vernoff and directed by Debbie Allen.
Guest starring is Debbie Allen as Catherine Avery, Stefania Spampinato as Carina DeLuca, Jake Borelli as Levi Schmitt, Alex Blue Davis as Casey Parker and Rushi Kota as Vik Roy.

“Broken Together” was written by Meg Marinis and directed by Kevin McKidd.