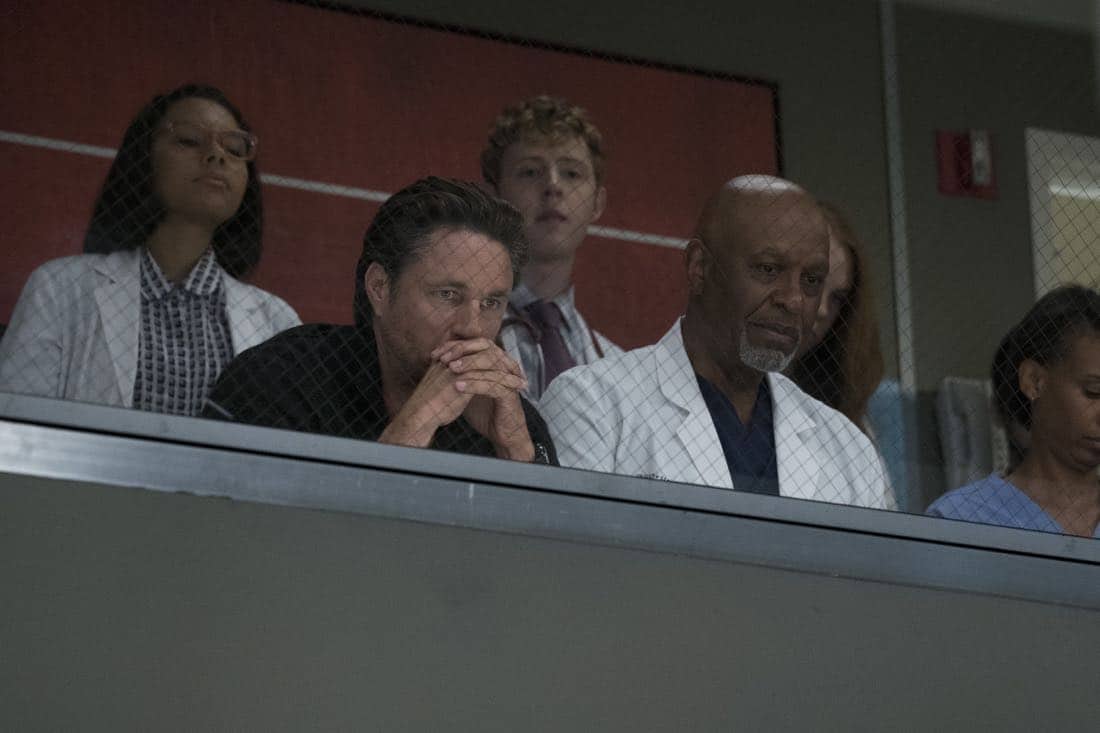 “Break Down the House” – Meredith and the team are focused on helping Owen’s sister after her shocking return, and Amelia faces a conflict over a patient. Meanwhile, Bailey is forced to give Grey Sloan a facelift after the fire, and the doctors are introduced to a few new faces that spice things up around the hospital, on “Grey’s Anatomy,” THURSDAY, SEPTEMBER 28 (8:00-9:00 p.m. EDT), on The ABC Television Network.

“Get off on the Pain” – Meredith struggles to come up with a new plan for Owen’s sister. Jo makes a surprising choice regarding Alex, and Andrew’s sister’s controversial research leads to a shocking discovery, on “Grey’s Anatomy,” THURSDAY, SEPTEMBER 28 (9:00-10:00 p.m. EDT), on The ABC Television Network.

“Get off on the Pain” was written by Krista Vernoff and directed by Kevin McKidd.