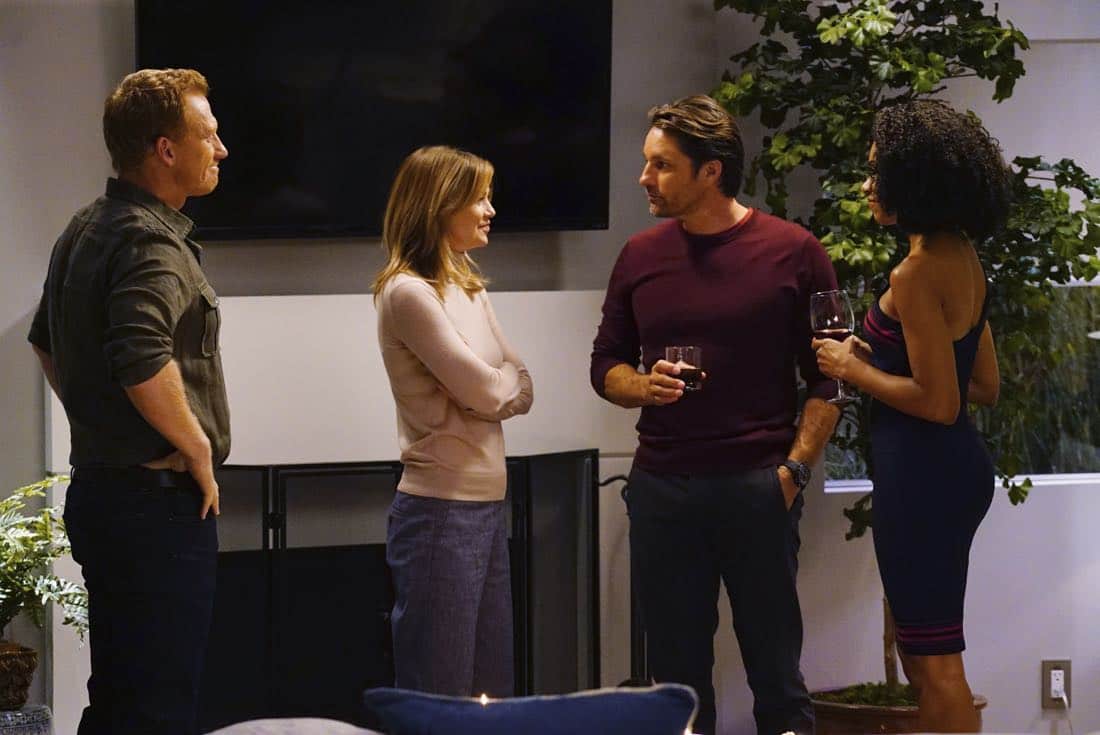 Pictures from Grey’s Anatomy season 13 episode 2 “Catastrophe and the Cure” – Meredith considers her loyalties, as Alex deals with the repercussions of his actions. Newlyweds Amelia and Owen host a dinner party with unlikely guests, and Jackson proposes an arrangement to help April through her recovery, on “Grey’s Anatomy,” THURSDAY, SEPTEMBER 29 (8:00-9:00 p.m. EDT), on the ABC Television Network.