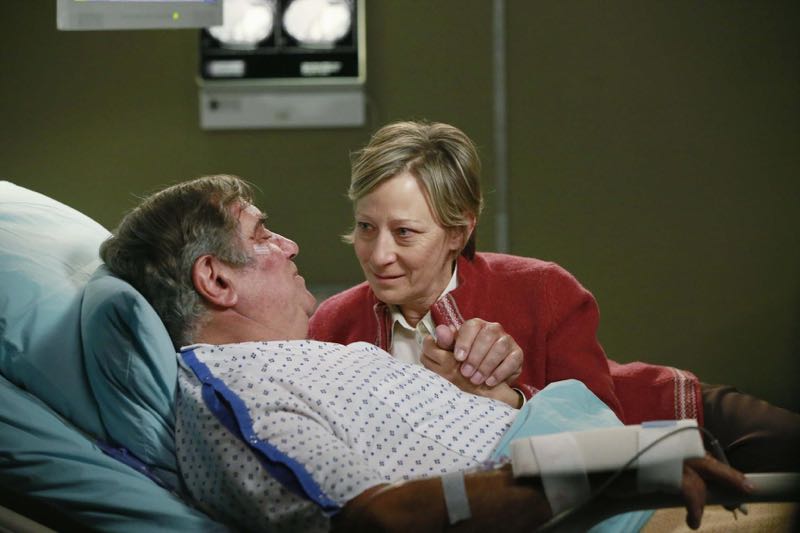 GREY’S ANATOMY – “Don’t Dream It’s Over” – A patient’s condition sparks a conversation between Richard and Maggie about Alzheimer’s disease; April and Jackson struggle to return to their normal lives and Arizona is faced with the reality that Callie is moving on. Meanwhile, Meredith reveals her biggest fears about Derek, on “Grey’s Anatomy,” THURSDAY, MARCH 19 (8:00-9:00 p.m., ET) on the ABC Television Network. (ABC/Mitchell Haaseth) DAN LAURIA, LILY KNIGHT

ONCE UPON A TIME Season 4 Episode 14 Photos Unforgiven