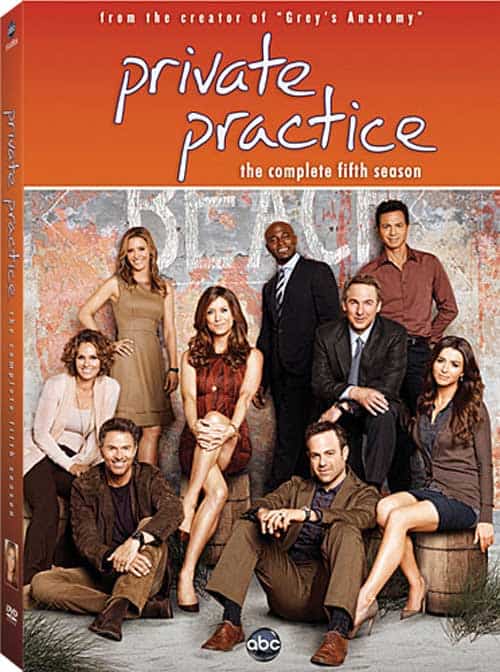 Seat42f and ABC have teamed up to give ONE lucky winner a copy of GREY’S ANATOMY Season 8, CASTLE Season 4 And PRIVATE PRACTICE Season 5 on DVD. For a chance to win leave a comment below telling us your favorite character from GREY’S ANATOMY, CASTLE or PRIVATE PRACTICE. Only one entry per person. Contest ends September 14th. Winners will be notified on September 15th via email so make sure to use a valid email address when you post your comment.

Grey’s Anatomy: The Complete Eighth Season: Release Date 9/4/2012
As fifth year residents, it’s do or die for the doctors of Seattle Grace Mercy West Hospital. Things heat up in the operating room and in the bedroom as competition abounds and passions are ignited. The six-disc DVD brings fans even closer to the action!!  Bonus features include an exciting feature “A Journey Home with Kevin McKidd,” where fans can tag along with Kevin McKidd (Dr. Owen Hunt) as he heads home to the Highlands of Scotland and tours his hometown, deleted scenes and much more!!

Castle: The Complete Fourth Season: Release Date 9/11/2012
Television’s most unlikely crime-fighting team is back and their relationship is stronger than ever! Prepare for a season full of suspense where lines are drawn, sides are chosen and careers are put on the line as Castle tries to protect Beckett following her near death encounter.Castle’s relationship with Beckett radically changes during the season, leading to a final confrontation with a mysterious man who holds all the answers that Beckett has been searching for since the night her mother was murdered. Features all 23 episodes plus exclusive bonus material including “Nathan & Friends: Castle Goes Radio;” “Anatomy of A Stunt;” audio commentaries, deleted scenes, bloopers and more!!

Private Practice: The Complete Fifth Season: Release Date 9/11/2012
From the creators of “Grey’s Anatomy” comes the fifth season of ABC’s sexy, medical drama, “Private Practice.” Addison and her friends at the practice are faced with new challenges as unexpected people enter and complicate their lives. From a sexy new doctor to an illegitimateson, the lives and loves of these doctors are put to the test. Relive everymemorable moment plus never-before-seen bonus features like “The Practice of Parenthood,” a feature on working with the young actors on the show, a cast blooper reel, and more!!