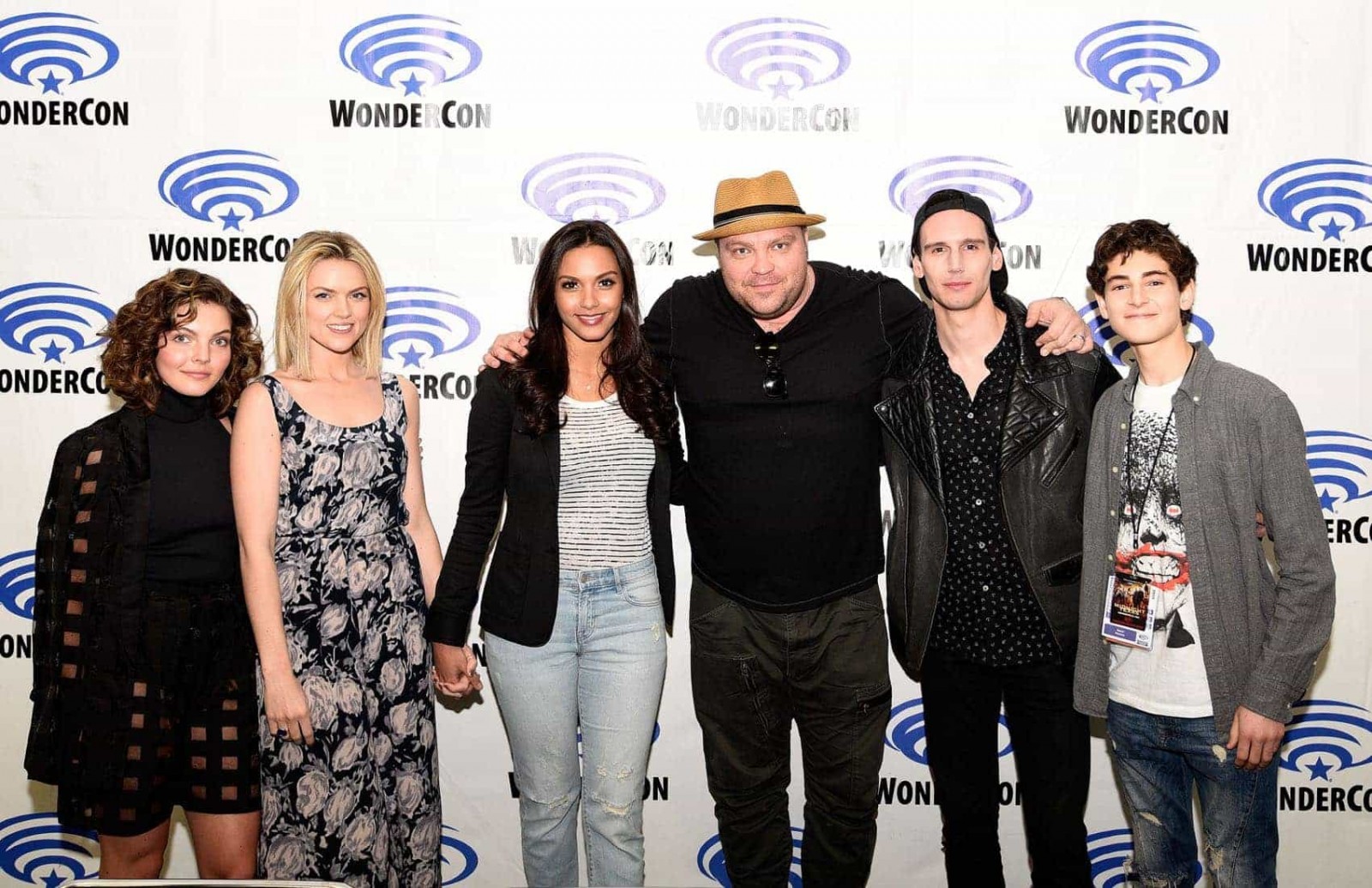 Gotham returns tonight on Fox and the second half of Season 3 promises us the “Heroes Rise.”  Gotham’s cast and EPs defended upon Wondercon to give us a glimpse of just what that will mean. Fans can expect a “transformation” of young Bruce Wayne, promised David Mazouz during the Gotham panel. We’ll also see Nygma living up to his full potential as iconic villain Riddler, green suit and all.

Actors David Mazouz (Bruce Wayne), Camren Bicondova (Selina Kyle), Cory Michael Smith (Edward Nygma), Erin Richards (Barbara Kean), Jessica Lucas (Tabitha Galavan), and Drew Powell (Butch Gilzean) plus executive producer Danny Cannon sat down with us to chat about what’s upcoming for the last eight episodes of Season Three. Cory Michael Smith gave his first reactions to the Riddler’s legendary suit, plus we spoke with Jessica Lucas and Drew Powell about the fun relationship between Tabitha and Butch. Even more intriguing, Danny Cannon spoke with us about the long awaited appearance of Ra’s Al Ghul, played by Game of Thrones alum Alexander Siding, and we got a difference of opinion on the rumored Harley Quinn. Buckle in for these last eight episodes, there’s plenty of twists and turns coming!

Don’t miss the spring premiere of Gotham, tonight on Fox at 8pm.