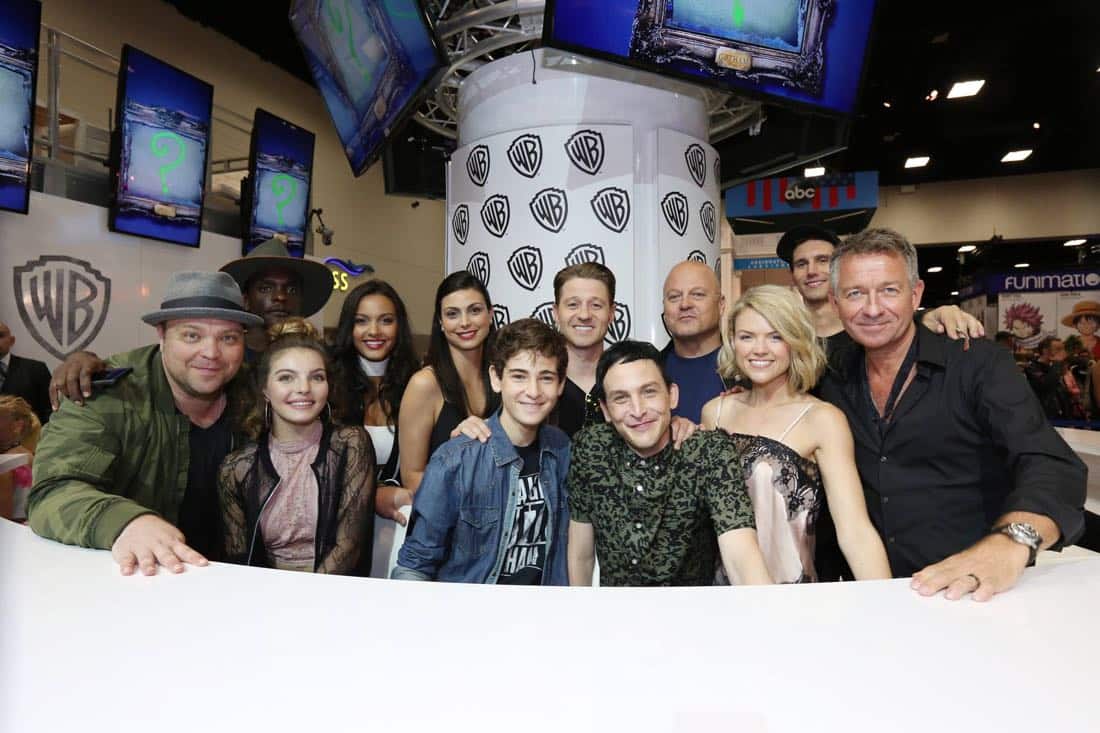 Gotham’s origin story continues to unfold, and as the show enters its third season, the stakes will be higher than ever! Super Villains are continuing to push Gotham City toward the brink, and while Jim Gordon remains at the forefront of the fight against crime in this dangerously corrupt city, how far will he go to save Gotham? Throughout season two, Gordon’s moral compass wavered more than ever, creating both personal and professional dilemmas in his life as villains emerged from the city’s darkest places, including Arkham Asylum’s secret experimental lab, Indian Hill. Bruce Wayne also began to unravel some of Gotham City’s — and his family’s — deepest secrets, leading him to discover that Wayne Enterprises could be behind some very dangerous schemes poised to tear the city apart. Be among the first to see what’s in store for season three as Gotham returns to Comic-Con with a special video presentation, followed by a Q&A with series stars and producers. From Warner Bros. Television and based on characters from DC, Gotham returns September 19 with all-new episodes airing Mondays at 8/7c on FOX. Gotham: The Complete Second Season will be available on Blu-ray™ and DVD on August 16. Become a fan on Facebook at www.facebook.com/GOTHAMonFOX, and follow the show on Twitter at @Gotham.