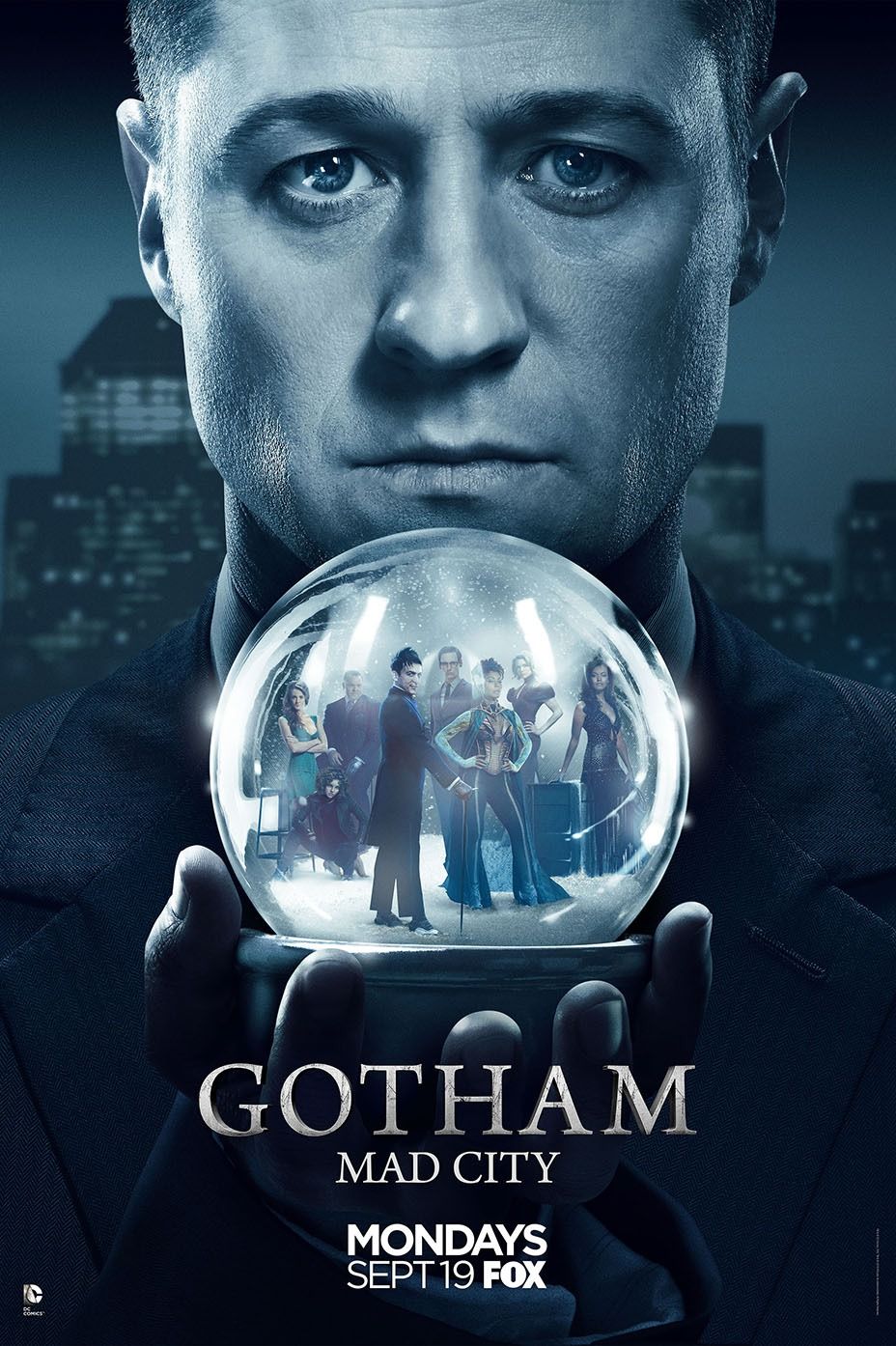 The origin story continues on Season Three of GOTHAM, and the stakes are higher than ever, as Super-Villains more ambitious and depraved are introduced, and a realignment of alliances shakes up the fight for power in Gotham City.

As the city sinks deeper into chaos, GOTHAM will continue to follow the evolving stories of the city’s most malevolent villains: THE PENGUIN (Robin Lord Taylor); EDWARD NYGMA/the future RIDDLER (Cory Michael Smith); SELINA KYLE/the future CATWOMAN (Camren Bicondova); BARBARA KEAN (Erin Richards), TABITHA GALAVAN/TIGRESS (Jessica Lucas) and BUTCH GILZEAN (Drew Powell). The series also will catch up with the future POISON IVY (Maggie Geha), who, after an encounter with a monster from Indian Hill, finds herself reborn as a young woman who’s harnessed the full power of her charms; and will dive into the origin stories of JERVIS TETCH/MAD HATTER (Benedict Samuel), a talented hypnotist teetering on the edge of madness; and the TWEED BROTHERS.