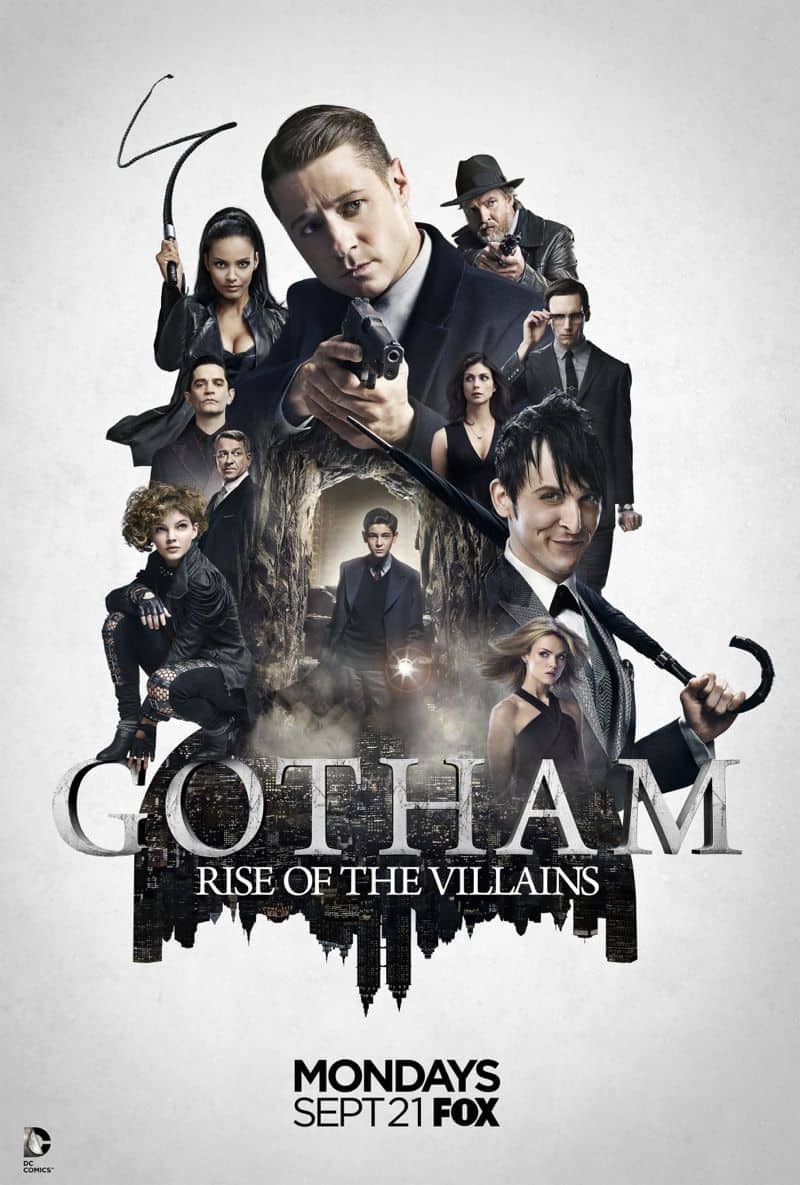 Growing up in Gotham City’s surrounding suburbs, JAMES GORDON (Ben McKenzie, “Southland,” “The O.C.”) romanticized the city as a glamorous and exciting metropolis where his late father once served as a successful district attorney. Now, two weeks into his new job as a Gotham City detective and engaged to his beloved fiancée, BARBARA KEAN (Erin Richards, “Open Grave,” “Breaking In”), Gordon is living his dream – even as he hopes to restore the city back to the pure version he remembers it was as a kid.