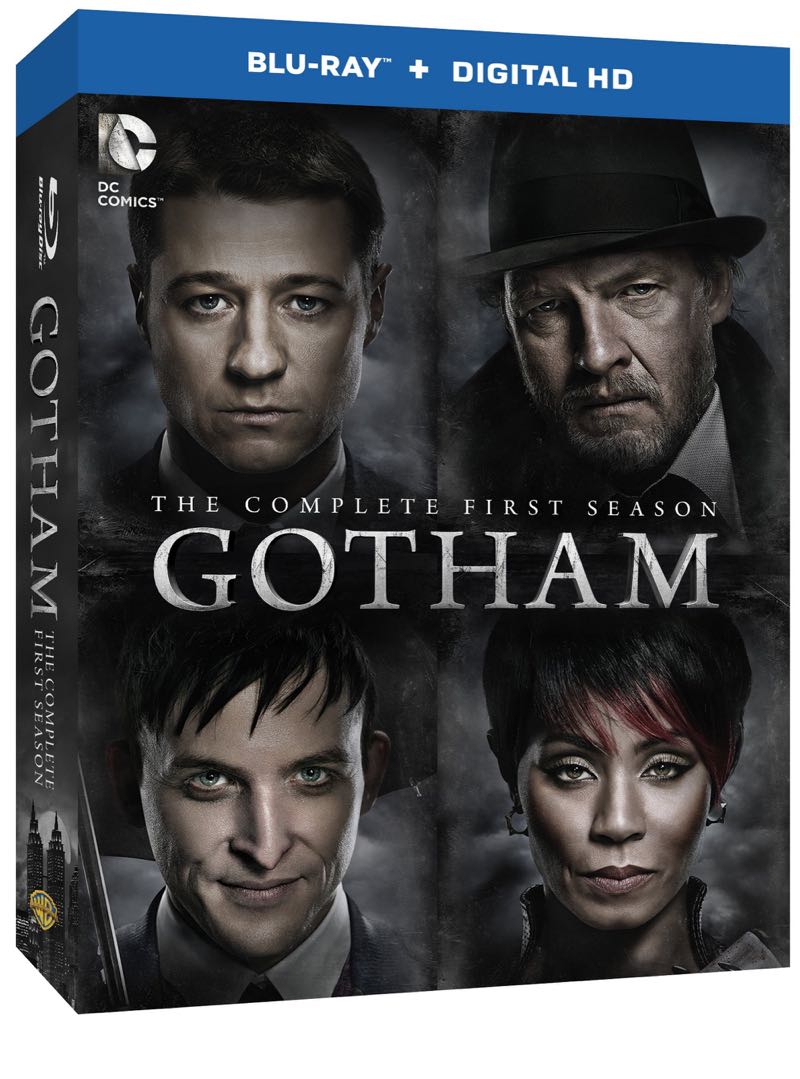 With an average of 9.6 million viewers per week, Gotham has captured and held the attention of audiences since the premiere episode which delivered FOX’s highest-rated fall drama debut in 14 years with Adults 18–49. Before the series returns to FOX for a second season this fall, fans can now enjoy all 22 episodes – plus nearly 2 hours of extras including new featurettes, unaired scenes and a gag reel – when Warner Bros. Home Entertainment releases Gotham: The Complete First Season on September 8, 2015. This season’s #2 broadcast drama among men 18-34 will be available on Blu-rayTM and DVD for $60.10/$59.98 SRP.

Before there was Batman, there was Gotham City. Everyone knows the name of Commissioner Gordon, but what of his rise from rookie detective to Police Commissioner? What did it take to navigate the layers of corruption in Gotham City, the spawning ground of the world’s most iconic villains? Gotham tells the story of the world’s most iconic DC Comics Super-Villains and vigilantes from the very beginning, revealing an entirely new chapter that has never been told. From executive producer Bruno Heller (The Mentalist, Rome), this crime drama follows GCPD Detective James Gordon’s rise through a dangerously corrupt city, while also chronicling the genesis of one of the most popular DC Comics Super Heroes of our time. Although the crime drama follows Gordon’s turbulent and singular career, it also focuses on his unlikely friendship with the young Bruce Wayne – with his mentorship a crucial element in developing the mythology of Gotham City.

“We are thrilled to release Gotham: The Complete First Season on Blu-ray and DVD for fans to explore the unique origin story of Gotham and its characters” said Rosemary Markson, WBHEG Senior Vice President, Television Marketing. “With this release, fans will be able to get acquainted with the early chapters of their favorite Super Hero prior to the premiere of season two.”