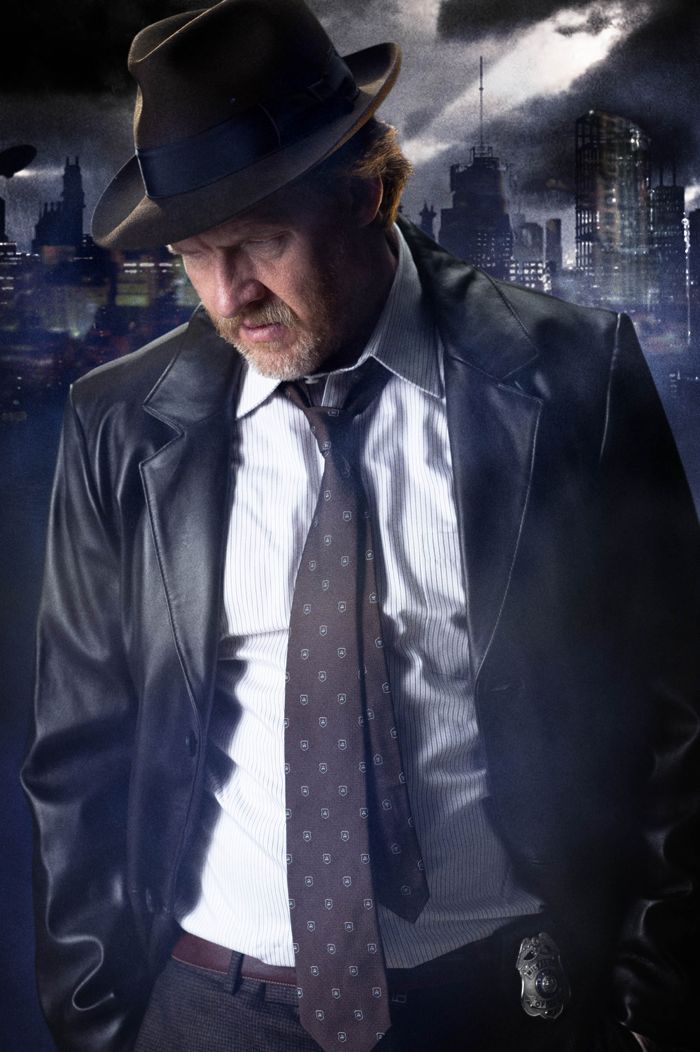 As production continues on FOX’s GOTHAM, from Warner Bros. Television and based upon characters published by DC Entertainment, the first character-look image of Donal Logue as Gotham City Police Detective Harvey Bullock has been released.

GOTHAM is a crime drama that explores the origin stories of eventual Police Commissioner James Gordon (Ben McKenzie – Southland) and the rogues’ gallery of villains that made the city infamous.

Jim Gordon’s partner and mentor, the rough-around-the-edges Detective Harvey Bullock (Donal Logue – Sons of Anarchy, Vikings, Copper) plays loose with police procedure, but gets results — and he does so with old-school, hard-ass panache.